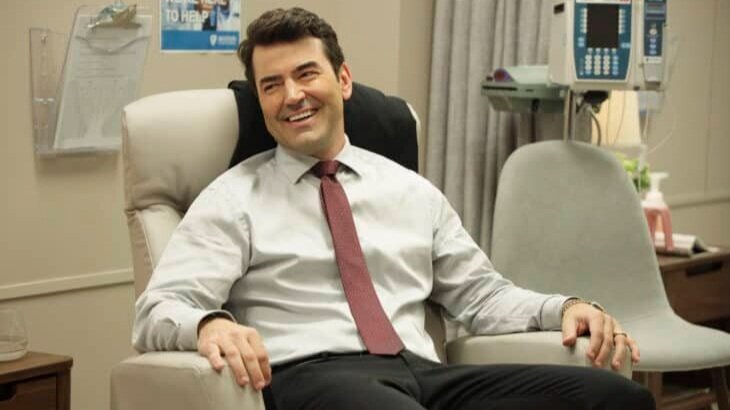 Ron Livingston (Office Space, The Conjuring) has been hired to play Henry Allen in the upcoming movie The Flash. Livingston will take over playing Barry Allen’s dad after Billy Crudup had to drop out of the role he played in Justice League due to scheduling conflicts. Production for The Flash had been postponed due to the pandemic and is expected to begin sometime this year.

Livingston joins Ezra Miller, who will reprise the role of Barry Allen/The Flash in the film. Ian Loh is also joining the cast as young Barry Allen. Saoirse-Monica Jackson (Derry Girls) and internet personality Rudy Mancuso are rounding out the call sheet in undisclosed roles. It was previously announced that Maribel Verdú (Y Tu Mama Tambien) will portray the mother of Barry Allen. Though little is known about the plot, she is expected to play a key role in the comic book adventure.

The cast also includes Ben Affleck as Batman and Michael Keaton as other dimension Batman. Sasha Calle (The Young and the Restless) was recently tapped to play Supergirl, and Kiersey Clemons (Lady and the Tramp) has boarded the film as Iris West, a romantic interest of the Flash.

It director Andy Muschietti is taking on filmmaking duties, directing from a script by Christina Hodson, (Bumblebee, Birds of Prey). What do you think of Livingston in the role?