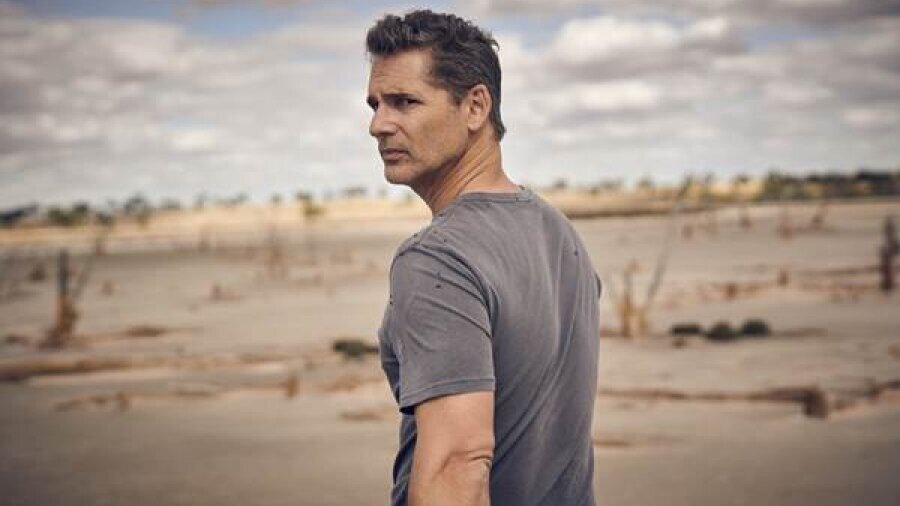 We’ve got an excellent trailer for you to check out for an Australian suspense thriller called The Dry. The film stars Eric Bana (Munich, Hanna, Dirty John) as Federal Agent Aaron Falk, as well as Genevieve O’Reilly, Matt Nable, James Frecheville, Keir O’Donnell, Jeremy Lindsay Taylor, Eddie Baroo, and BeBe Bettencourt. The film is directed by Robert Connolly from he script he co-wrote with Harry Cripps, based on the novel by Jane Harper.

When Federal Agent Aaron Falk returns to his home town after an absence of over twenty years to attend the funeral of his childhood friend, Luke, who allegedly killed his wife and child before taking his own life – a victim of the madness that has ravaged this community after more than a decade of drought. When Falk reluctantly agrees to stay and investigate the crime, he opens up an old wound – the death of 17- year-old Ellie Deacon. Falk begins to suspect these two crimes, separated by decades, are connected. As he struggles to prove not only Luke’s innocence but also his own, Falk finds himself pitted against prejudice towards him and and pent-up rage of a terrified community.

Check out the trailer and poster below, and watch The Dry when it hits Australian theaters on January 1st. Look out for a US release date coming soon.