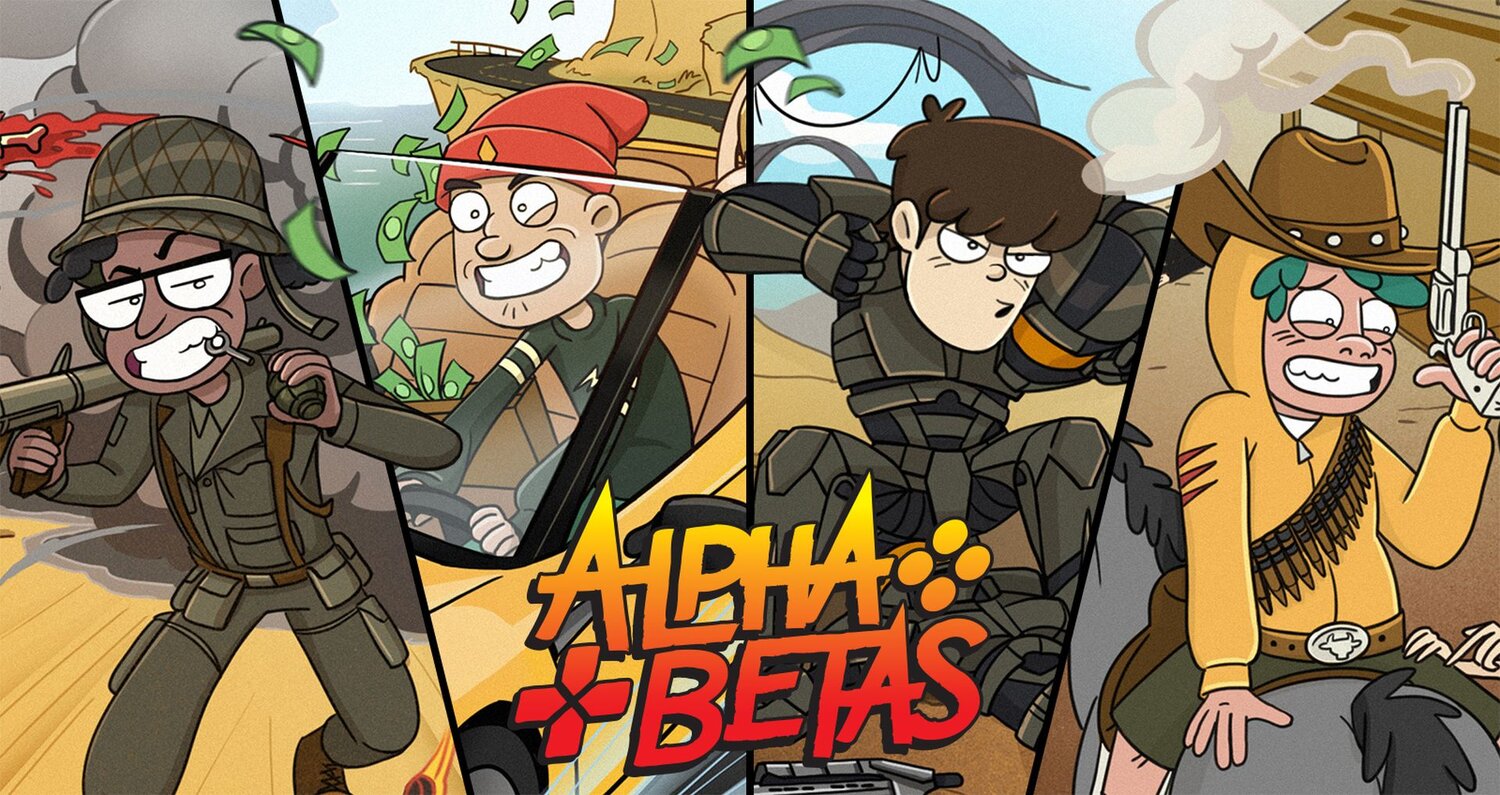 Some of the biggest gaming personalities on YouTube are teaming up for a brand new animated series called Alpha Betas. In the series, the world is powered by video games, and four arrogant gamers are in charge of making sure the world doesn’t end.

In Alpha Betas, video games are powering the world thanks to a massive, top-secret CIA program. In the comedic style of Rick & Morty meets Westworld, the show follows an elite virtual strike force of four top gamers as they drop into the virtual realms of video games to fix potentially world-ending issues. Known as the Alpha Team, these four four willfully reckless and dangerously arrogant guys are the tip of a five-hundred billion dollar US Government spear sent to be heroes in high-octane pixelated worlds.

Alpha Betas will premiere on VanossGaming’s YouTube channel on March 13.