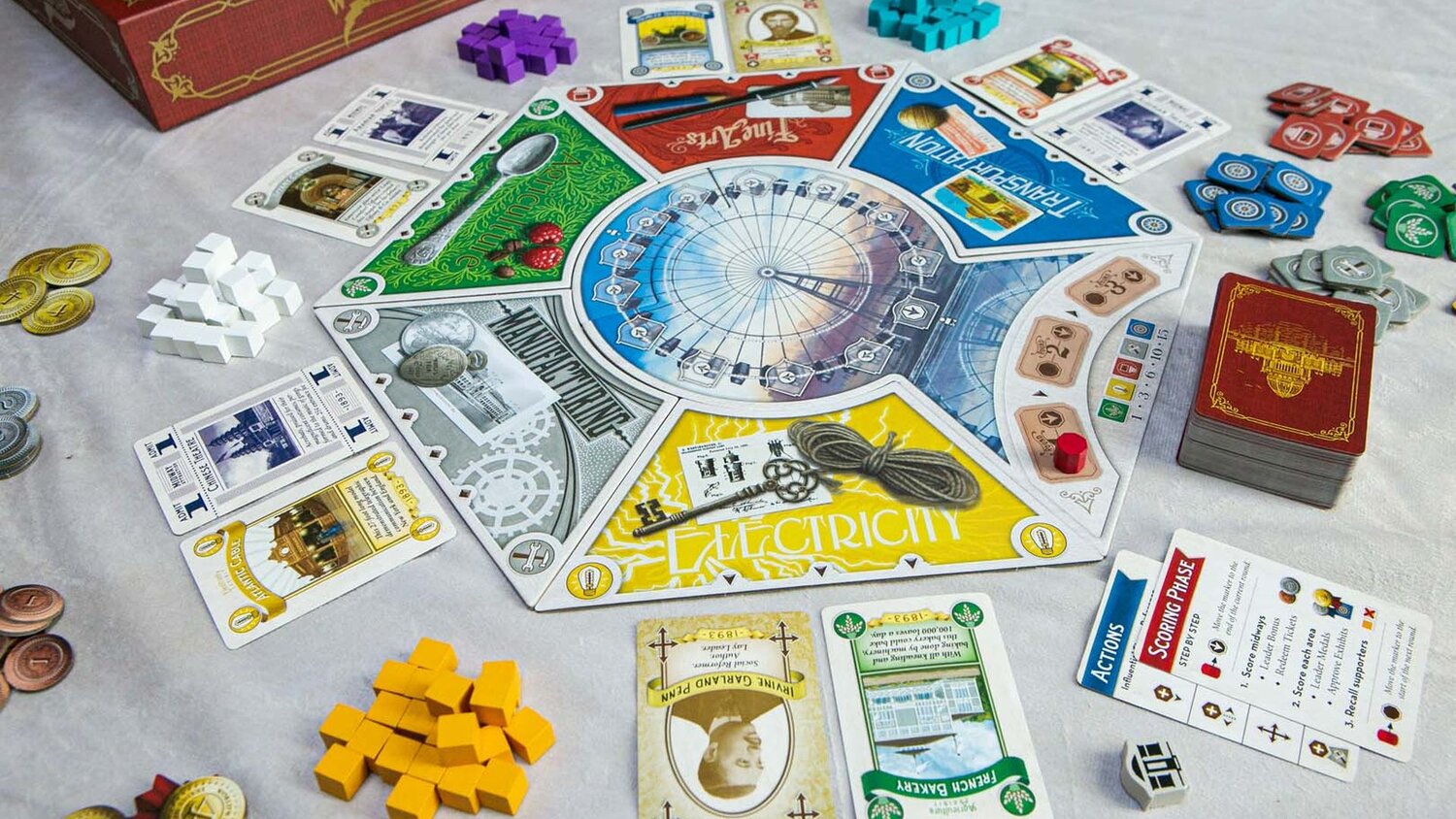 World’s Fair 1893 is a board game from designer J. Alex Kevern and publisher Renegade Game Studios. Now, the game is being rereleased with as a new edition of the game with a fancy box and new characters. In World’s Fair 1893, players try to score points and gain influence as organizers for the historical event.

The World’s Fair of 1893 in Chicago was a spectacular international exhibition that showcased many great achievements in science, technology, culture, and entertainment. In World’s Fair 1893, you can travel back in time and assume the role of the event organizers. You will compete against other players to gain influence and obtain the grandest exhibits to be displayed at the fair.

You can pre-order the new edition of World’s Fair 1893 exclusively on Amazon for $40 with a release date of February 26.