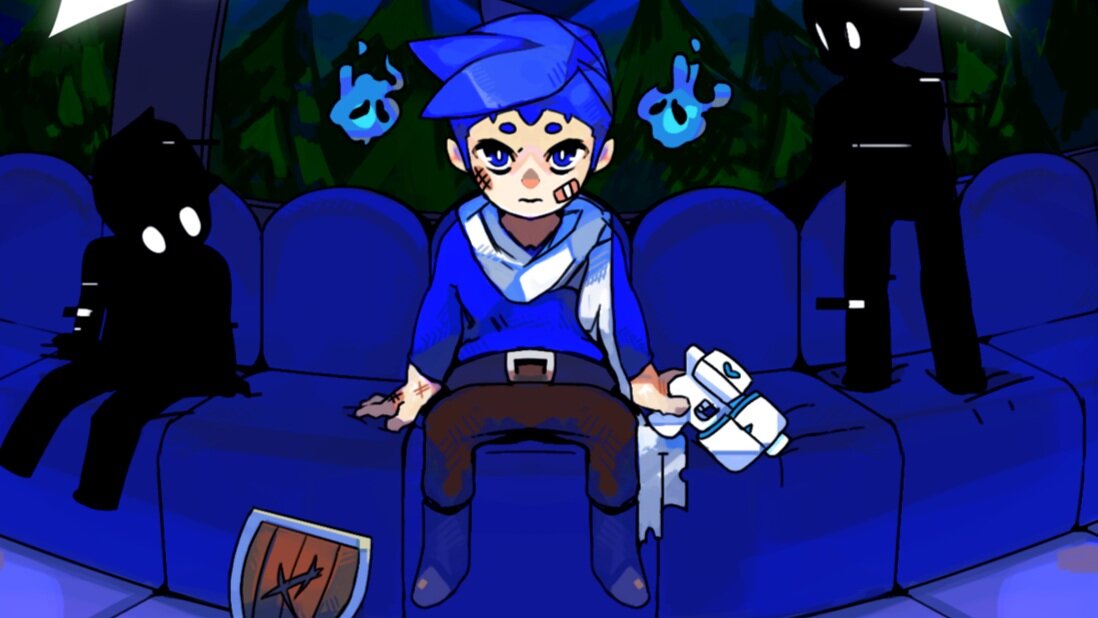 The next major part of any roguelike game is the power-ups and upgrades that can be used throughout each run. I found that there were a few upgrades that were worthwhile, but sacrificing one of my four health was terribly brutal for a random power-up. And when the random perk felt underpowered, overly complex, or boring, the sacrificed heart feels wasted I could see many players just giving up and starting over until they got a perk they liked. Along with this, most of the power-ups were just a percentage of increased damage, not unique guns or abilities. I never got to a point where I felt extremely satisfied or enjoyed my build, they never seem to combine particularly well or feel unique, creative, or original.

The last thing to address here is the presentation, story, and general game progression. There is a bit more narrative shown than in other roguelike games, but it still felt fairly hallow and simple. The continuing story of the boy on a train does entice players to keep going, but there is never enough strong dialogue or character development to merit all these brutal playthroughs.

This is a slightly above-average game and it does its job well enough. But I never felt that it stood out among the vast crowd of other indie games in the same genre.