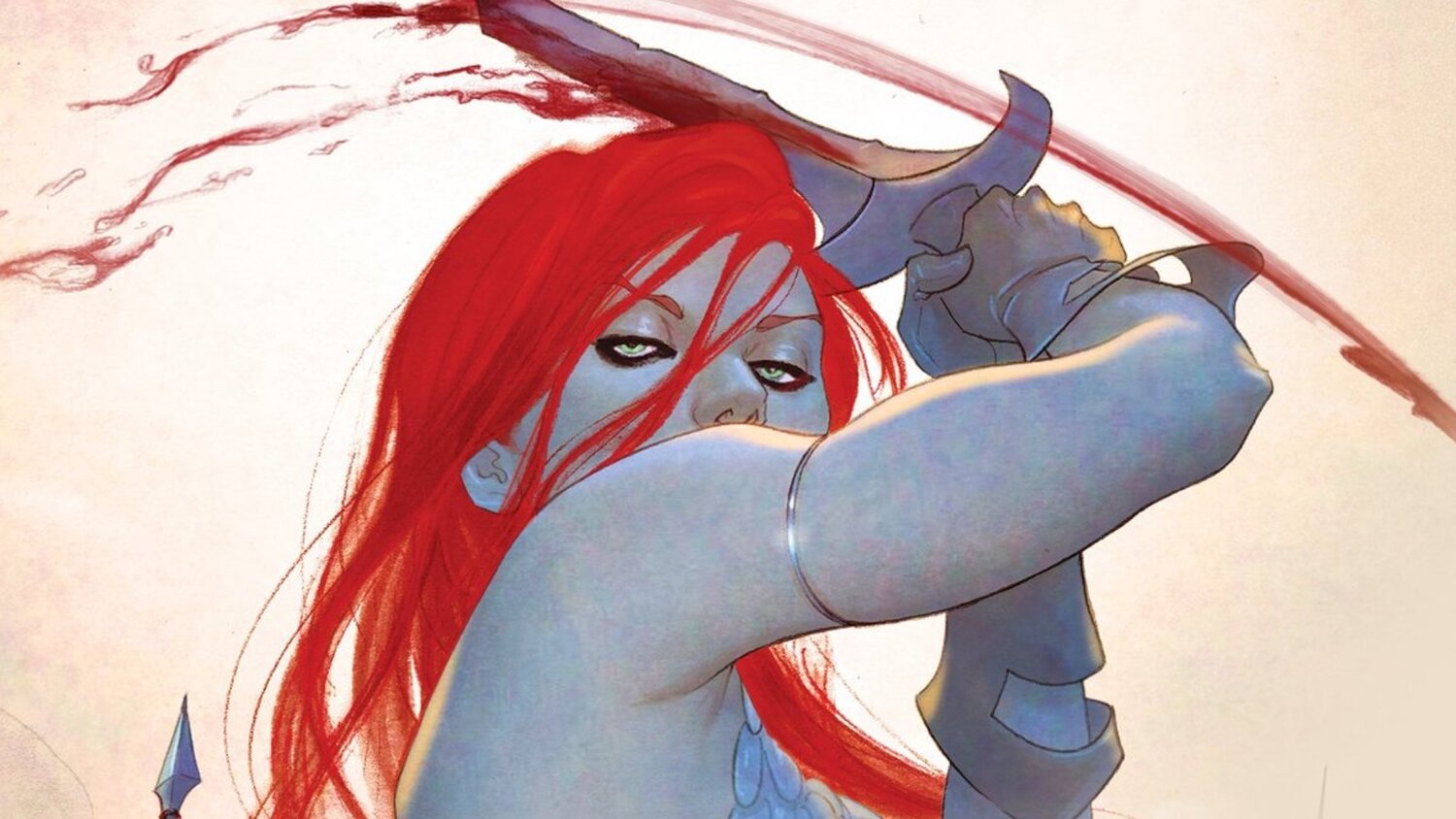 The showrunner of Netflix and Legendary’s Tomb Raider anime series, Tasha Huo, has been hired by Millennium Films to write the script for its feature film adaptation of Red Sonja. The long-gestating project is being directed by Joey Soloway (Transparent), who said in a statement:

“I have loved Red Sonja forever and I feel so honored to help shepherd her story and start this cinematic journey. There could not be a greater moment in our world for Red Sonja‘s ways of wielding power and her connection with nature and our planet. She is an ancient heroine with an epic calling, and translating that to the screen is a dream come true for me as a filmmaker. I can’t wait to collaborate with Tasha on this vision.”

When previously talking about her take on the project, she explained:

“I can really have so much fun with Red Sonja. I see her a little bit more like the first kind of bad girl superhero. Sort of like the Batman of The Dark Knight or Deadpool, you know? The world is changing so much right now for superheroes, that I just really look forward to not only going to the edge of what I’ve ever written and directed before, but to the edge of the genre as well.”

“We’re very excited to be bringing Red Sonja to the market and the world. This has been a long time coming. Having Joey Soloway at the helm of this feminist icon franchise is the perfect recipe for a magical adventure, which is exactly what the world needs today.”

Red Sonja made her comic debut in Marvel’s Conan the Barbarian #23 back in 1975 from writer Roy Thomas and artist Barry Windsor-Smith. She was loosely based on Red Sonya of Rogatino in Robert E. Howard‘s 1934 short story “The Shadow of the Vulture.”

This will be the second time Red Sonja has been adapted for film. The first Red Sonja film came in 1985 and starred Brigitte Nielsen and Arnold Schwarzenegger.

I’ve always liked this character, and I really hope that this creative team that has come on board will do the character justice.