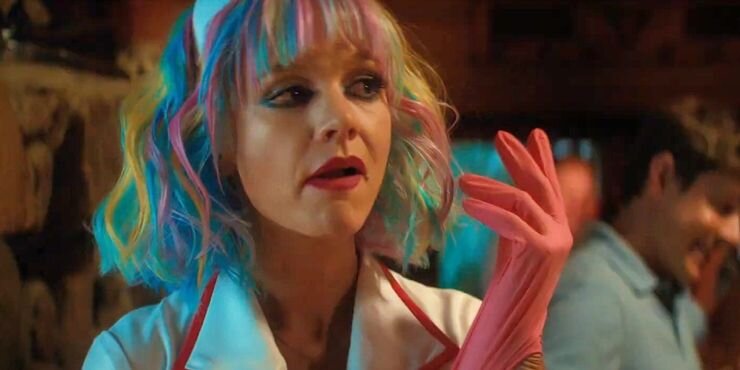 Promising Young Woman hit movie theaters on Christmas Day, and I finally got the chance to see it this week. It was the first movie I saw in theaters since last March, and it was a great welcome back to one of my favorite places. The film stars Carey Mulligan as Cassandra, a 30-year-old woman who works at a coffee shop and lives with her parents. She spends her nights going to bars, acting like she is too drunk to get herself home, and lets guys take her back to their various apartments and houses. Once there, she makes it drunkenly clear that she is tired, confused, not interested, and even passed out or asleep. And when these men start to take things to the next step, she confronts them, soberly.

The story depicts the stories we have all heard and many of us have lived through, and flips the end result upside down, leaving the men in the situation feeling confused, scared, and taken advantage of. As the film progresses, we learn why Cassandra is in her situation in life despite once having been in medical school and on track to live a bigger dream with her best friend Nina by her side. She is set to right the wrongs she has witnessed in her life, both on a small scale and in a grand plan that she has been thinking about for a decade.

Promising Young Woman shows what happens to a woman that has suffered unimaginable loss and injustice. It changes every aspect of her, and hardens her. Mulligan’s pain and anger is so close to the surface, it’s palpable. The rest of the cast is filled with a number of comedic actors in roles that feel real and familiar. This movie is a roller coaster of emotion. It offers hope of soothing to the most broken hearted of characters, and demands justice while begging the question: why do we offer men protection when they have committed crimes of assault? Why do we place the futures of predators in higher regard than their victims? It calls us out as a society, and leaves no stone unturned.

Cassandra is a vigilante that thinks of everything before it happens, a character both cautious and reckless, empty and full of possibility. This was a beautiful film that made me angry, made me laugh, shocked me, and left me thinking. I was impressed with the subject matter and how the women in the film were treated, without glorifying the violence or including nudity that didn’t need to be shown to tell a powerful story. Killing Eve writer Emerald Fennell wrote and directed the film in her feature length debut, and I am so impressed with her storytelling and point of view.

Promising Young Woman is an important film, and I hope you get a chance to see it.

Promising Young Woman is currently playing in theaters and will be available On Demand on January 15th.