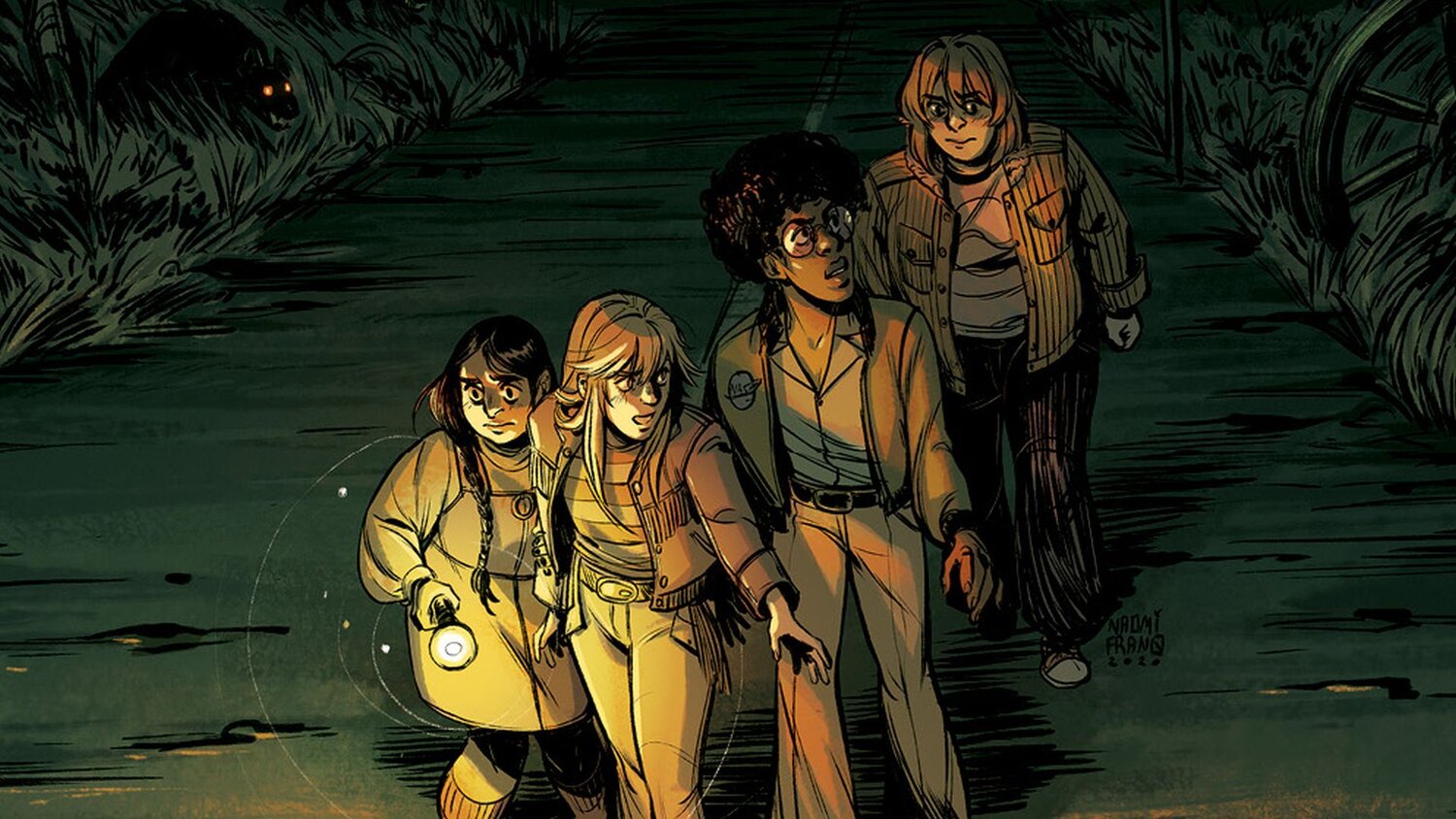 BOOM! Studios released a new series today from Grant Morrison (Klaus), Alex Child (Holby City), and Naomi Franquiz (Tales from Harrow County) called Proctor Valley Road #1. The series fits in the horror genre and follows four teenagers in 1970s America who end up having to find some missing kids. I’m going to try to keep spoilers to a minimum, but you can grab physical copies now from local comic shops or digital copies from comiXology (affiliate link), Google Play, iBooks, and Madefire.

August, Rylee, Cora & Jennie have organized a “Spook Tour” with their classmates on the most haunted, demon-infested stretch of road in America to fund attending the concert of their dreams.

When their visit turns deadly, these four friends race to rescue the missing students… before the town tears them limb from limb.

Now they must slay the evils roaming Proctor Valley Road… along with the monsters lurking in the hearts of 1970s America.

My first impressions of Proctor Valley Road are okay. It’s not my favorite comic and I’m sure it’ll get too gory for me, but so far it’s okay. The story is interesting. Four kids try scamming some other kids who then run off and go missing. The first group of kids then have to go out and find what happened to the second group before they get into some serious trouble. Mix in supernatural creatures and you’ve got a winning combination.

The trick is that comics are almost always a little too slow to judge off of their first issue. Proctor Valley Road is no different. Right when we were about to get to more of the story and less of the world building, it was over.

Franquiz provides the art and colors for the series, and it’s fine. I wouldn’t say that I’m blown away by it, but it is a different style to many more serious comics which actually feels really nice. It creates a small sense of juxtaposition with the more cartoon-style art and brighter colors with a heavier subject matter. That being said, I find art to be highly subjective and while it’s not my favorite, I’m sure there are others who absolutely love it.

If you’re into horror comics, you may want to check out the first couple of issues of Proctor Valley Road. I’m interested to see how the story really starts out, so I’ll probably tag along until it gets too bloody.