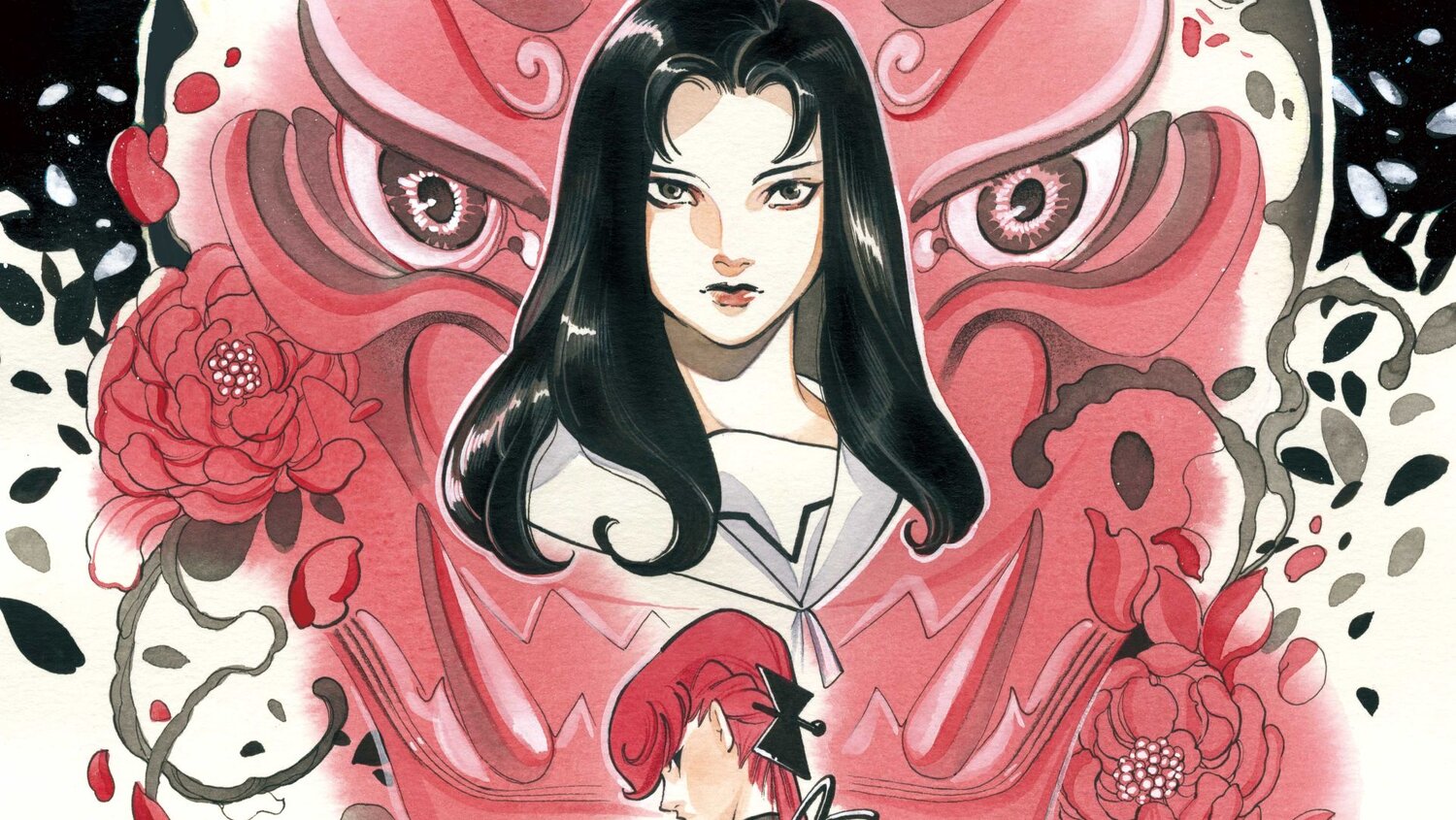 Peach Momoko made her debut as a comic writer this week with the incredible Demon Days: X-Men. This was the first installment of a series, and I loved it. The series tells stories using brand-new takes on Marvel characters twisted into Japanese folklore, and it’s brilliant. Marvel Comics has now revealed a little more information about the second installment in the series, Demon Days: Mariko.

In the shadow of Kirisaki Mountain… a secret history comes to light! Mariko Yashida hears mysterious voices and has strange dreams that feel real. Her redheaded maid who dresses all in black might know more than she lets on. What is the connection between Mariko, the creatures called oni, and Kirisaki Mountain? Find out in the next installment of this tale of magic, monsters, and Marvel characters like you’ve never seen them before, all beautifully rendered by Peach Momoko!

We know that two of the characters making appearances in this next part are Black Widow and Nightcrawler, but who are you hoping to see? Talking about the Demon Days series, Momoko said:

The first issue of Demon Days starts off in feudal Japan with Sai (Psylocke)… but the next issue will be completely different. Different timeline, different characters (even the main character is changing), different tone to the story. But it is still a connecting story.

The second issue starts with the new main character [Mariko Yashida] and is a story that I originally pitched to CB a couple years ago. The connection between the first issue and the rest of the series is that they are all based in Mt. Kirisaki. The first issue is a folktale about Mt. Kirisaki. And the rest of the series is about characters having a deep relationship with the mountain. After the first issue, I will be telling a traditional Japanese folktale with a modern twist.

All of my characters are based on Marvel characters but turned into yokai, kami, and other Momoko-verse ideas inspired by Japanese folklore. They all look different, act different…but I hope everyone will still enjoy my version of the Marvel world.

Demon Days: Mariko #1 will be available on June 2 and is written and illustrated by Momoko. What did you think of the first chapter? Are you excited to see what happens?