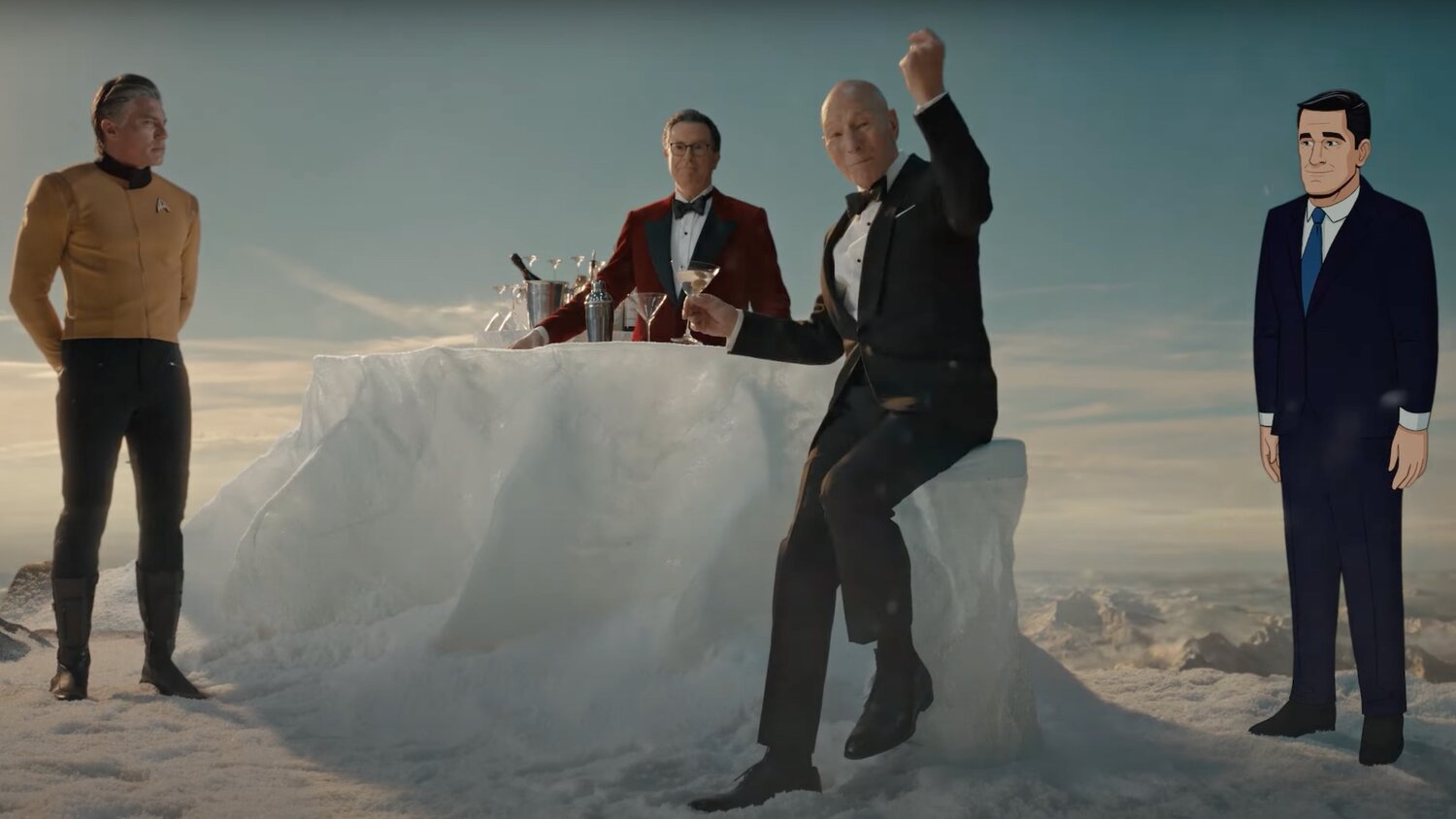 ViacomCBS has released a Super Bowl spot titled “Sweet Victory” for their upcoming streaming service Paramount+ and features a Paramount Mountain expedition group that consists of several characters from shows that will be streaming on the service.

Some of those characters include Star Trek‘s Michael Burnham, Christopher Pike, Spock, Beavis & Butt-Head, and more. Waiting for them at the top is Patrick Stewart and The Late Show host Stephen Colbert, who is serving drinks.

Near the end, SpongeBob Squarepants comes in to rock out, and everyone joins in on the fun and dancing like a metaphor. There are a few other videos that I included that focus on the journey to the top of Paramount mount and one features Spock rocking out to SpongeBob’s music.