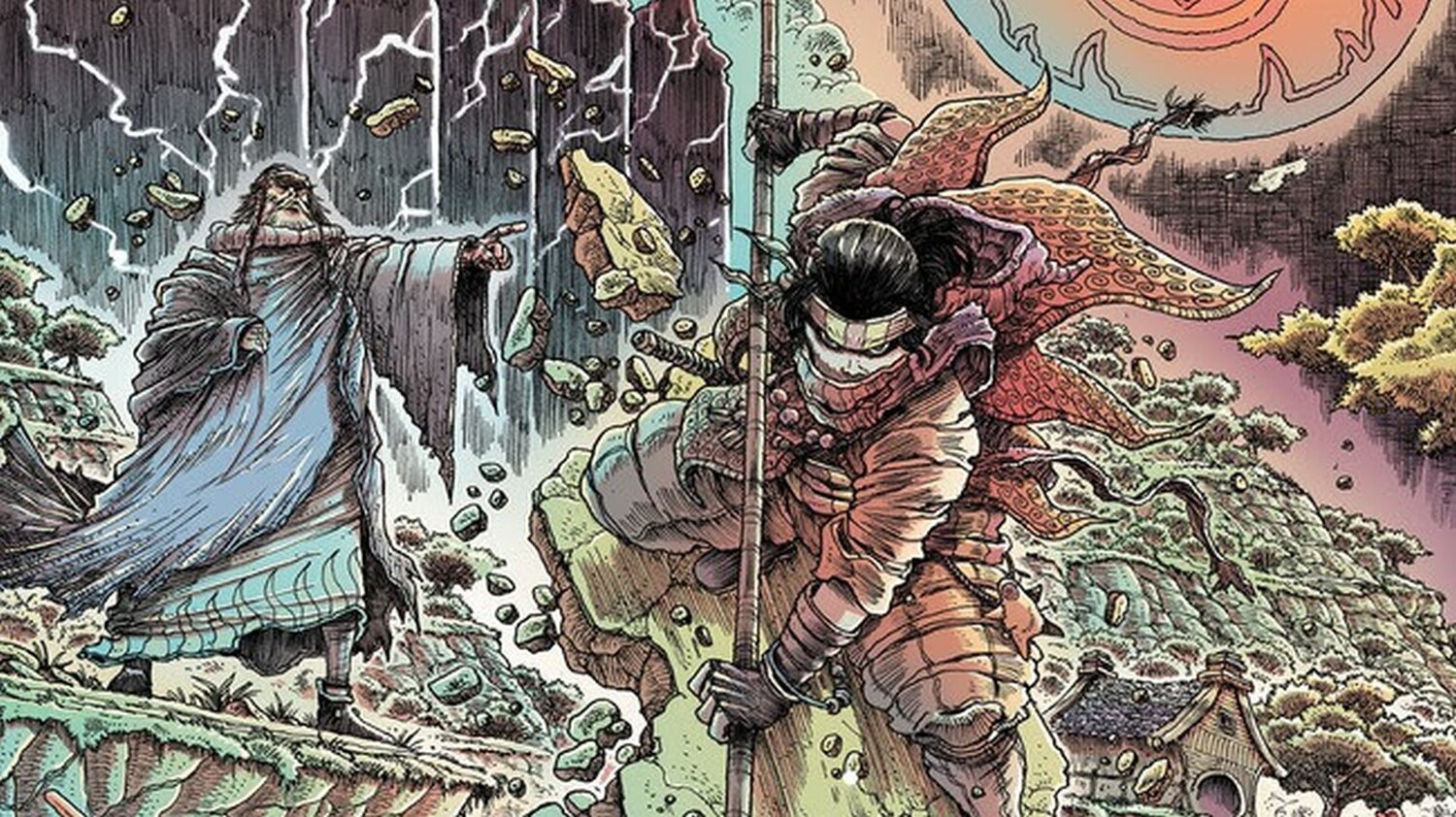 Dark Horse Comics has released the first issue of James Stokoe’s new comic Orphan and the Five Beasts. This is one that I have been patiently waiting for. Dark Horse was kind enough to supply me with a copy of the comic to read for a review, so you can find my thoughts below. I’ll do my best not to spoil anything. You can grab your copy of Orphan and the Five Beasts #1 from local comic shops.

Spurred on by her master’s dying words, the adopted warrior ”Orphan Mo” seeks to find and kill five former disciples who now threaten the land with corruption from their demonic powers. Part Five Deadly Venoms and part surreal grindhouse, James Stokoe brings his knack for ultra-detailed fantasy imagery and over-the-top violence to this classic tale of revenge.

Orphan and the Five Beasts is said to be a kung-fu epic and I love the art in the book. Stokoe does an absolutely incredible job with the art in the comic. Looking through the comic, it’s absolutely gorgeous. That’s why I’m a little sad that the story feels clunky so far. Now, this bit is going to be a bit more subjective, but I feel like it could’ve been handled better. Roughly 90% of the first issue is just exposition with nothing actually happening. It’s good to know what’s going on, but I would’ve liked to see some of the kung-fu action we’re supposed to get in the series. It’s just slower than I was hoping for.

There’s definitely potential for Orphan and the Five Beasts and I think it’ll pick up. I’m hopeful that Stokoe took the approach of doing an exposition dump in the first issue and then quickly get to the action. Hopefully, it pays off. What did you think of the new comic?