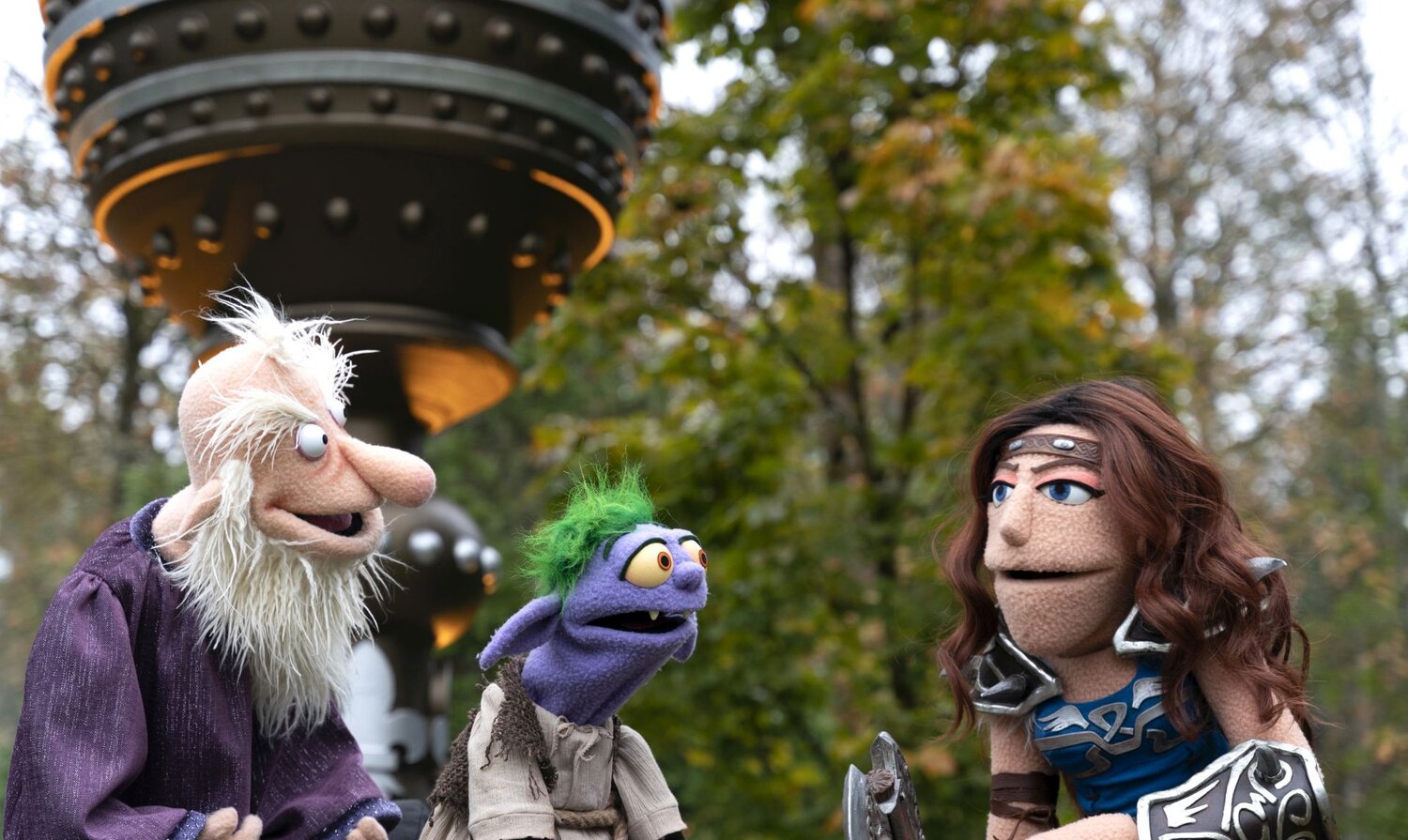 Guys, are puppets making a comeback? I swear I’ve been seeing a fair amount of puppet content being announced and released compared to past years. The latest entry comes from Nickelodeon and is called The Barbarian and the Troll (previously Brendar the Barbarian). Co-created by Mike Mitchell and Drew Massey, viewers will follow the adventures of the bridge troll Evan and the fierce female barbarian Brendar. This looks like a weird show that I swear is going to become a cult classic.

In the premiere of The Barbarian and the Troll, Evan the troll decides to burn his bridge and venture out into the world of Gothmoria for the first time to fulfill his lifelong dream of becoming a singer. He soon meets Brendar, who had been expelled from the Royal Order of Warrior Princesses and is now known as a “feared and revered” barbarian. After Evan convinces Brendar to bring him on her quest to vanquish the evil demon, they cross treacherous terrain to confront bizarre and magical creatures and encounter an eclectic puppet cast of wacky characters.

Massey stars as Evan alongside Spencer Grammer (Rick & Morty) as Brendar. They’re joined by talented puppeteers and voice talent including Colleen Smith, Allan Trautman, Sarah Sarang Oh, Nicolette Santino, Peggy Etra, James Murray, Jeny Cassady, and Gina Yashere. In addition, Mitchell will serve as the primary director for the show. You can watch the premiere of The Barbarian and the Troll on April 2 at 7:30 PM (ET/PT).