New Without Remorse trailer debuts ahead of April premiere

Amazon Prime Video has released the final trailer for its upcoming adaptation of Tom Clancy’s Without Remorse, starring Michael B. Jordan as John Kelly ahead of the film’s debut on the streaming platform on April 30. The trailer, which can be viewed below, features new footage of the film’s explosive action sequences that highlights Kelly’s formidable skills as a soldier and that he will stop at nothing in order to seek justice for his family’s murder.

They brought war into his house. Now he’s going to make them play by his rules. @MichaelB4Jordan stars in #WithoutRemorse, only on @PrimeVideo April 30. pic.twitter.com/h9nub4IYGt

Originally scheduled for a theatrical release, Paramount Pictures sold the distribution rights of the film to Amazon Studios in mid-2020 due to the ongoing pandemic keeping theaters shut down. The development of the project was first announced in 2018 along with its planned sequel titled Rainbow Six, though it’s unclear whether or not the studio is still moving forward with the sequel.

Without Remorse sees Sr. Chief John Kelly pursuing a squad of Russian soldiers who assassinated his family in retaliation for his role in a top-secret operation and joins forces with a fellow SEAL and shadowy CIA agent, though his personal mission leads to him stumbling upon a cover plot threatening to plunge the U.S. and Russia into all-out war. Torn between personal honor and loyalty to his country, Kelly must fight his enemies without remorse if he hopes to avert disaster and reveal the powerful figures behind the conspiracy. 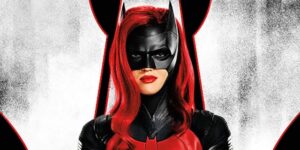