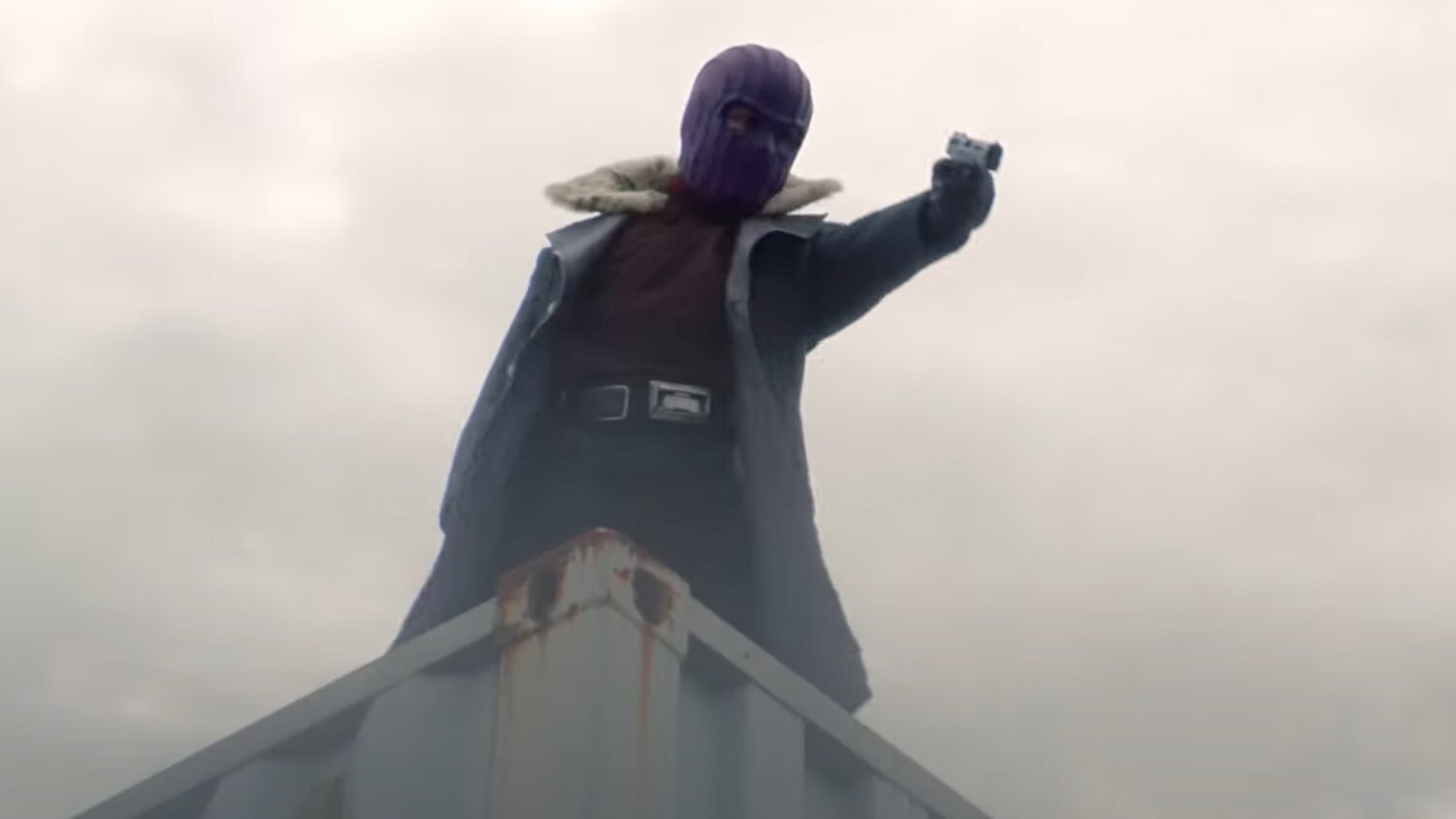 Disney+ has dropped a fun new promo spot for Marvel’s The Flacon and The Winter Soldier. In the spot, we see the two heroes trying to categorize the villains that they find themselves up against.

The villains in the story are a group of people running around with handprint masks with super strength causing all kinds of chaos.

Anthony Mackie‘s Sam Wilson breaks down the big three categories that the villains can fall into as “Androids, Aliens, and Wizards.” But Sabastian Stan’s Bucky is hung up on the wizards, because he doesn’t think they are a thing. Then the two characters get into a little debate about it.

In the series, the mismatched pair of military vets and former partners of Captain America “team up for a global adventure that will test their survival skills — as well as their patience.” This new story will also see the return of Daniel Bruhl as Baron Zemo, along with Emily VanCamp as Sharon Carter, and newcomer Wyatt Russell as John Walker, a.k.a. U.S. Agent.

The Falcon and the Winter Soldier is directed by Kari Skogland, and Malcolm Spellman is the head writer. The series will premiere on Disney+ on March 19th, 2021.