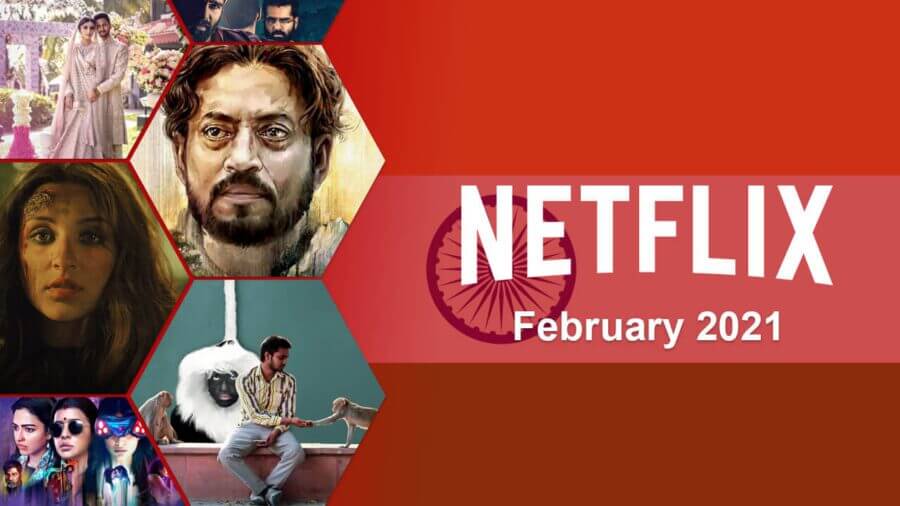 Netflix branched out from Hindi content in February, adding movies in Bengali, Kannada, Malayalam, and Telugu to its Indian catalog. It also premiered its first Original Telugu anthology, Pitta Kathalu. Here are all of the new Indian movies and TV series added to Netflix in the US in February 2021.

Netflix gave fans of the late, great Irrfan Khan a gift when they announced this India-Bangladesh joint production would be streaming on the service. Khan plays a famous film director whose family is torn apart when the public learns of his affair with a former classmate of his daughter. Doob: No Bed of Roses won accolades on the festival circuit before being selected as Bangladesh’s official entry for Best Foreign Language Film at the 91st Academy Awards (though it was not nominated).

Chance encounters bring together three young people — an aspiring photographer, a medical student, and an art curator — with different ambitions and views on love. Through their relationships, they learn how to chart a course through young adulthood.

A dead underworld don bequeaths his diamonds to his son, daughter, and son-in-law, who resort to devious means to try and increase their share of the fortune. This comedy of double agents, mistaken identities, and international assassins is inspired by the Hollywood comedy The Whole Nine Yards and features stunts by Hong Kong action choreographer Dion Lam.

In this parable about the meager employment options for unskilled laborers in Delhi, a migrant worker takes a gig shooing annoying monkeys away from government buildings. When he discovers that his efforts to disperse the monkeys by the conventional means of shouting “Eeb Allay Ooo!” at them only enrages them, he must find his own way to succeed in the big city.

Shine Tom Chacko anchors this thriller about the dramatic breakdown of a once happy marriage. Director Khalid Rahman uses stark visual techniques like fast cuts and extreme closeups to raise the tension of a story that takes place mostly inside of a small apartment. Be forewarned that Love contains a number of scenes of domestic violence.

Solving the murder of a homeowner should be easy for Inspector Yamini, since the police have a photograph of the suspect, but no one is sure who the man in the photo is. Is it a civil engineer named Siddharth or is it his doppelgänger, a gambler named Aditya? And how is either of them connected to the dead man? Red is a remake of the 2019 Tamil film Thadam.

Caught in an alcohol-induced downward spiral, London lawyer Mira becomes obsessed with a woman who appears to have the perfect life — at least as viewed from the train as it passes by her house every day. When the woman is reported missing, Mira fears that she might have played a part in the disappearance. The Hindi version of the The Girl on the Train is based on both the Paula Hawkins novel and the 2016 Hollywood film starring Emily Blunt.

This docu-series follows six couples as they prepare for their elaborate weddings in India. Though the series features a gay couple and a young woman who wants a more progressive ceremony, The Big Day is less interested in social issues than in showing wedding festivities at their most opulent (without disclosing how much they cost).

Originally promoted as an anthology film, Netflix ended up presenting Pitta Kathalu as a 4-episode series (although Netflix categorizes it as both a movie and a series, go figure). Four directors offer their takes on romance, jealousy, and betrayal, putting women’s desires at the center of each of the short films.

This collection of short films by seven different directors runs the gamut, with stories about childhood bullies and the perils of aging, tales of first love, and the pitfalls of marriage. The shortest of the films runs just 11 minutes, the longest 22 minutes.

Which of the newly added Indian movies will you be watching? Let us know in the comments below!