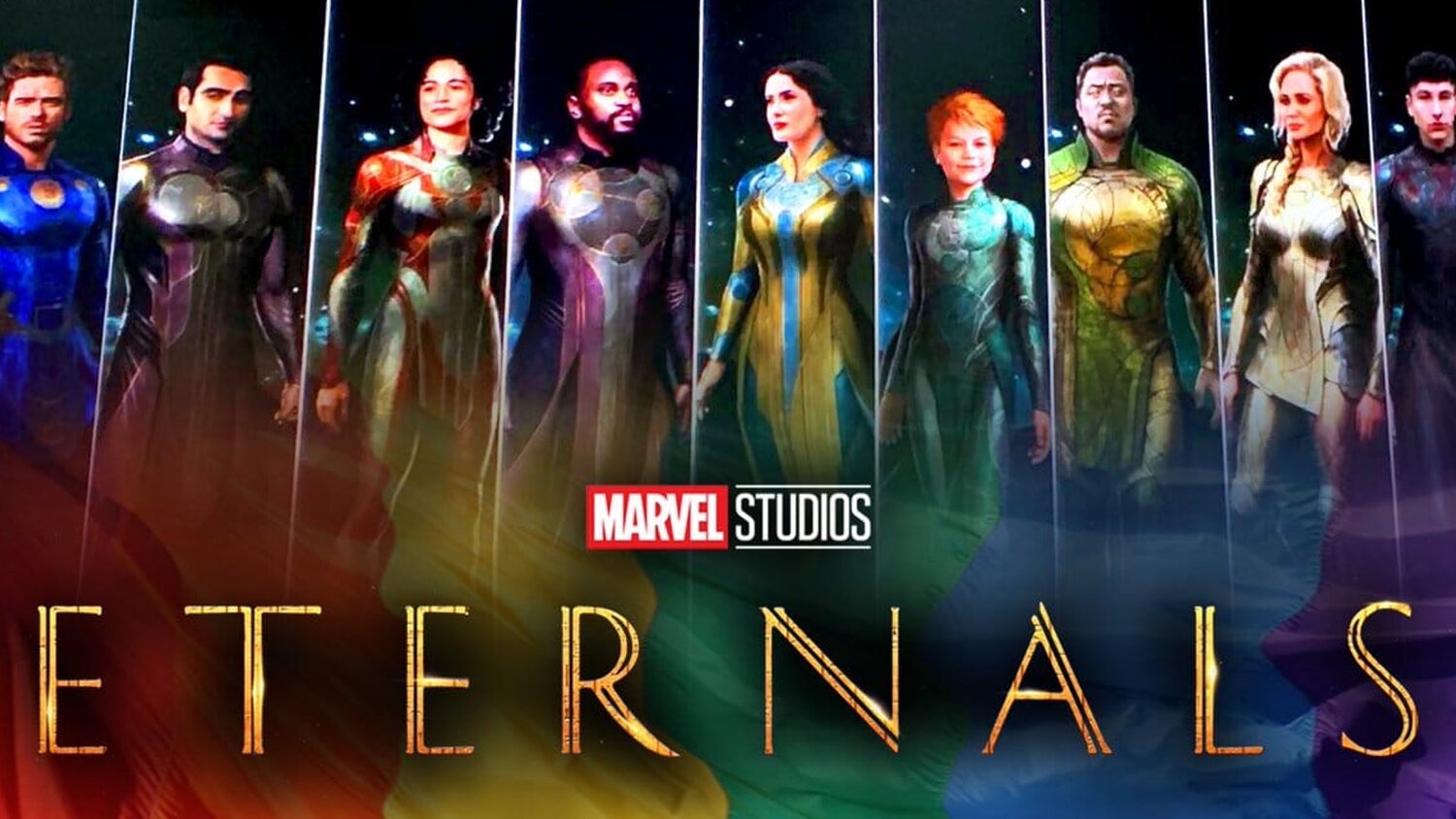 We’ve got some new character details to share with you for the upcoming Marvel Studios film Eternals, and these details come from — of all places — a t-shirt company. I’m actually pretty excited to see what comes of this film because The Eternals are such an interesting element of the Marvel Comics universe. I’m also a huge fan of Jack Kirby’s vision of these characters, and I hope to see that in the film.

The Eternals are a race of immortal aliens from a distant planet who arrived on Earth thousands of years ago to protect humanity from a race of alien predators called Deviants. The Eternals were alerted to the Deviant threat by the Celestials, a race of cosmic builders whose fingerprints are on the very building blocks of life itself.

Symbolizing eons of history charted via calendars and other mysterious ancient technologies, the Eternals icon will serve as a subtle nod to the name of these immortal, godlike beings.

When previously talking about the film, director Chloé Zhao explained, “It’s about this group of incredible immortals, but through their journey, we really get to explore what it means to be human and humanity on our time on this planet.”

The film’s timeline is rumored to span over thousands of years, so it would make sense to see a story that would center around the Eternals and Deviants war and lead into an end-of-the-world/doomsday scenario when the Celestials come down to threaten the planet Earth. They went on to shared the following details on the characters who fill the story:

Ikaris is the tactical leader and most powerful Eternal and takes pride in keeping the other Eternals safe. Moral, kind and charismatic, Ikaris boasts the power of incredible strength, flight and the ability to project beams of intense cosmic energy from his eyes. When the monstrous Deviants return after centuries, Ikaris leads the charge to unite the scattered Eternals to stop the new threat. You bet we’ll have some Ikaris t-shirts available as well!

Sersi is the Eternal with an affinity for humanity. Sersi is as happy working as a museum curator as she is saving humans from the threat of the Deviants. Sersi has the ability to manipulate matter, changing the makeup of any non-sentient material she touches. She’s also been in love with Ikaris for centuries, and helps him to recruit the Eternals for one last mission.

Ajak is the spiritual leader of the Eternals. Her wisdom has helped guide the team since they arrived here from their home planet to help defend humanity from the Deviants and to help humans advance to the modern civilization that they live in today. Ajak can not only heal humans and Eternals alike, but she is able to communicate with the Celestials as well.

Phastos is blessed with the power of invention. He is able to create whatever he can imagine provided that he has enough raw materials at his disposal. Over the centuries, Phastos has helped nudge humanity forward technologically while always keeping his brilliance hidden in the shadows.

Makkari is the fastest woman in the universe. She uses her cosmically powered super-speed to scout planets for the Eternals, and as the only deaf Eternal, the sonic boom that accompanies her cosmic running does not affect her.

Druig can use cosmic energy to control the minds of men. Druig has become withdrawn from the other Eternals because he disagrees with how they’ve interacted with mankind over the centuries. Aloof and powerful, at times it’s hard to determine whether he’s friend of foe.

Gilgamesh is the strongest and kindest member of the team. He becomes Thena’s de facto partner when the events of the past exile them from the rest of the team. Capable of projecting a powerful exoskeleton of cosmic energy, Gilgamesh is a fierce warrior who has become legendary for his fights with Deviants throughout history.

Thena, a fierce warrior more comfortable in battle than any other place, she has the ability to use cosmic energy to form any handheld weapon she can think of. Often surly and aloof, she forges an unlikely friendship with Gilgamesh that spans centuries.

Kingo is the Eternal with the power to project cosmic energy projectiles with his hands. Over the centuries, he has become enamored with the idea of fame. In present day, he’s a famous Bollywood star who must leave his life of wealth and celebrity to help the team repel the new Deviant threat.

And finally, there Sprite – who appears to be a 12-year old girl, Sprite has the ability to cast lifelike illusions. Her friendship with Sersi hides a world-weary sadness because she’s been treated like a child by humanity for centuries. But Sprite is much stronger and cleverer than she appears, which will come in handy as while they battle with the Deviants.