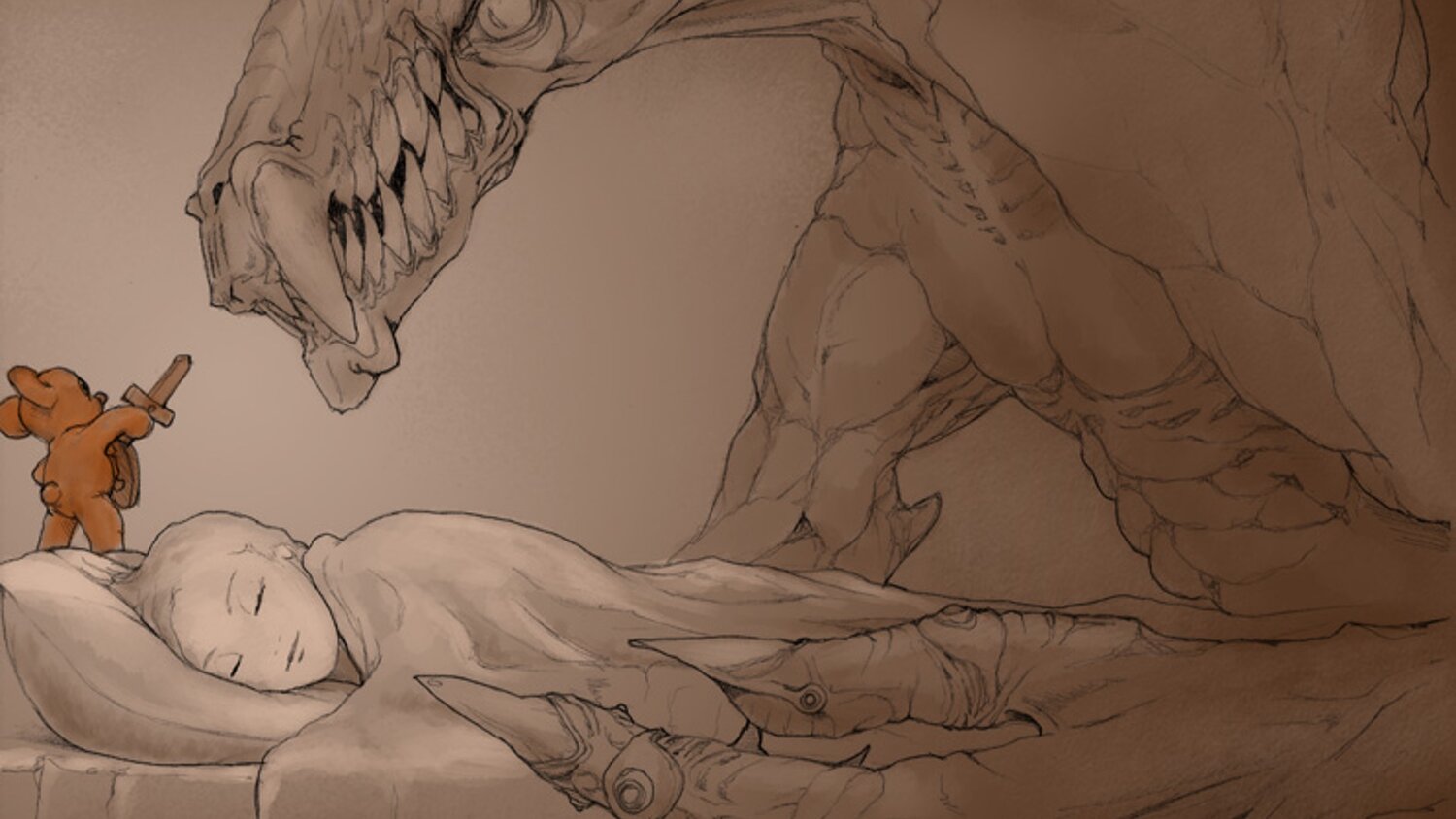 Dwayne Johnson has been looking to make a fantasy adventure film titled Teddy and the Guardians of the Night since 2013, and Netflix has just picked up the project. The story for the film is actually based on a piece of art created by Alex Panagopoulos, it shows a stuffed teddy bear protecting a child sleeping soundly from a terrifying monstrous threat in her bedroom.

Johnson will be producing the film through his Seven Bucks Productions along with president Hiram Garcia, who is the one that found the art and thought it would make a great movie. Garcia said in a statement:

“At Seven Bucks, we’re always on the hunt for content that can help inspire our next big story. From the moment I saw Alex’s incredible drawing, I knew there was something special there that our global audiences could respond to. We’re excited to add to our growing slate with Netflix and share this story with the world.”

It really is a fantastic piece of art that explodes with imagination. It’s really not hard to imagine this being turned into a film. It’s also been announced that Josh Stolberg and Bobby Florsheim have been hired to write the new screenplay after an original draft was written by Luke Passmore (Archenemy). Stolberg and Florsheim recently wrote the upcoming Saw film Spiral.

I’m looking forward to seeing what kind of story comes out of this art.