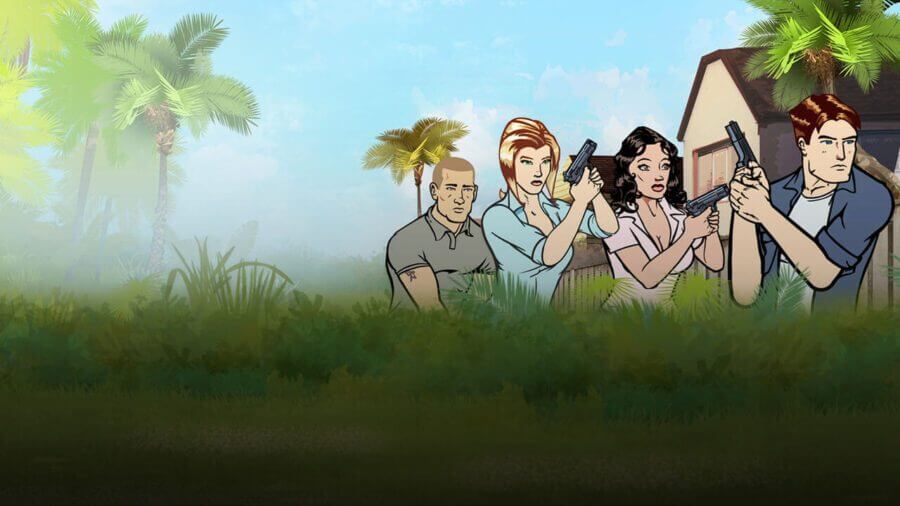 Netflix Original animated sitcom Pacific Heat will be making its departure from Netflix around the world in December 2020.

Pacific Heat is an animated sitcom that was originally commissioned for the Australian TV network The Comedy Channel which is operated by Foxtel. Netflix picked up the international rights and released the series in full on Netflix in certain regions on December 2nd, 2016.

Regions that got the series includes the main English-speaking countries (excluding Australia) including Canada, the United States of America and the United Kingdom plus India, Hungary, Russia, South Africa and the Czech Republic.

All 13 episodes are currently scheduled to leave Netflix in the above regions on December 2nd, 2020.

Set in Queensland Australia, the series follows an undercover unit that tackles all sorts of crimes. The closest equivalent on Netflix for most will be Paradise PD which was renewed for season 3 over the summer.

The series failed to leave a real mark on either Netflix or The Comedy Channel with poor reviews which meant the series never came back for season 2 and its removal from Netflix all but seals the fact that this title will almost certainly be lost forever.

Why is Pacific Heat leaving Netflix?

So why is a Netflix Original leaving Netflix? Well, we’ve covered this multiple times in the past but it mostly comes down to the fact that Pacific Heat is not owned by Netflix but rather leased. This gets complicated because Netflix labels all of its Originals equally.

What’s interesting about Netflix Originals leaving Netflix is how little attention it gets from larger media. Netflix has lost a bunch of its Original programming over the past year but they often get excluded from lists sent out to media outlets.

Now in some cases, you have been able to find the shows on video-on-demand services once they leave Netflix including most of the BBC produced ones but we don’t yet know if that’ll be the case for Pacific Heat.

What did you think about Pacific Heat? Let us know in the comments.