Welcome back to another entry in Emily Horgan’s series reviewing Netflix’s kids’ content strategy by looking into the past, present, and future. Today, in the third part, Emily will be reviewing Netflix’s output deal with Dreamworks Television, which is starting to look very dry for upcoming content.

As the ink dried on Netflix’s DreamWorks TV deal in 2013 (and then extended in 2016) the film world had seen nearly a decade of DreamWorks and Pixar slugging it out for the animation top spot. Franchises such as Cars, Shrek, Toy Story, and Madagascar had provided uppercuts, jabs, and hooks. Illumination had just convincingly entered the ring with Despicable Me and Walt Disney Animation Studios was writing a veteran comeback story worthy of retelling by…. Walt Disney Animation Studios, with Tangled, Wreck-It Ralph, and Frozen on the way.

Blockbuster animated movies were blessed cash cows.  This began with a family trip to the cinema, followed by a DVD purchase, rounded off with a big-ticket Christmas toy if you were lucky.  There seemed to be a piece of the pie for everyone. Concurrently Netflix was finally being seen as a player in the marketplace. This was the year they would make their mark on the content landscape with the brand-defining titles House of Cards and Orange is the New Black.

At the time, the 300-hour DreamWorks TV deal was described as Netflix’s largest ever for original first-run content. This size of committed collaboration with a kid’s content provider wasn’t necessarily an obvious fit with the original content they were lauding.  It did, however, signal their broader strategy to push their demos broader and capture the loyal and lucrative family audience.  At the time, DreamWorks backing Netflix was a vote of confidence, particularly given that it was at the expense of previous partners Cartoon Network and Nickelodeon. Looking back, the pivot to SVOD showed foresight. 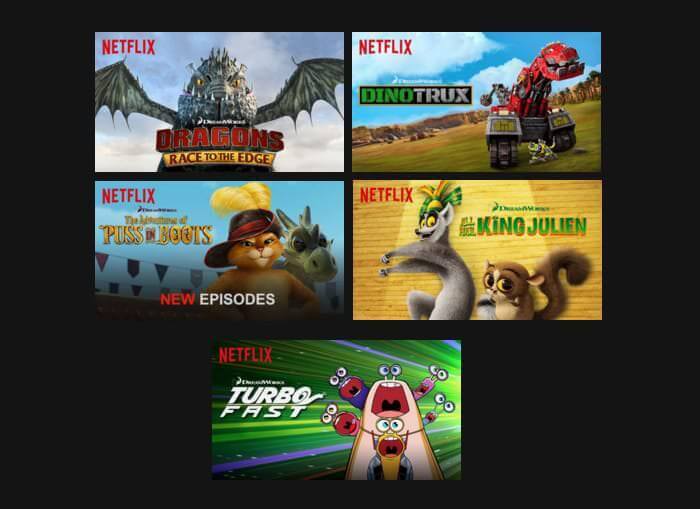 How did the deal start?

The deal kicked off across 2014 and 2015 with series like All Hail King Julien, based on Madagascar, and The Adventures of Puss in Boots based on Shrek. These went on to release 65 and 77 episodes across 5 and 6 seasons respectively. It’s worth noting here that episode count is a better barometer of volume than season count. Animation delivery is slow and tactically batching into “seasons” can give the illusion of a higher depth of content. The original 300-hour commitment would have been fulfilled eventually by late 2018/early 2019. Collaboration beyond this extended with seeming enthusiasm.

Another move of foresight by DreamWorks was the promotional control they retained. They were able to market these series in the context of their own theatrical releases. Crucially they oversaw their own footprint on YouTube, arguably the most important touchpoint today for this audience. Efforts in this area have paid off. The former DreamWorks Animation YouTube Channel rebranded over the Summer to align with their own new VOD offering, Peacock Kids. This core channel comfortably delivers around 1 billion monthly views, with a network of other local language and franchise-specific offerings also performing healthily.

An astounding break out of the entire collaboration is Spirit Riding Free. The show is based on the 2002 film, following the adventures of a mustang, narrated by Matt Damon. The film was one of the last attempts to achieve box office success with an old school, traditionally animated movie. The performance was soft by DreamWorks standards. The series launched in 2017 and has seen a roll-out of 72 episodes across 11 seasons (see earlier point about season volume not representing content volume). This comes across as if, for one reason or another, Netflix can’t get this show onto their platform quickly enough.

Alongside this, DreamWorks cultivated a dedicated ‘Spirit’ YouTube presence from day one, bolstered with investment in original music videos and web series. A full consumer product program, managed by DreamWorks/Universal, followed the launch. It began in the US and has gone on to build globally. All of this has made the series the first, streaming lead, kids show to enjoy franchise success. The story then comes full circle, with a theatrical release announced for May 2021.

Ultimately, in terms of pure output, the Dreamworks TV deal has been one of the most extensive in Netflix’s history. It’s produced at least 98 seasons of various shows, over 1000 episodes to date with more on the way. That equates to roughly 415 hours of content.

What’s next for Dreamworks & Netflix?

So what’s next for the DreamWorks/Netflix relationship? As mentioned, DreamWorks parent company, NBC Universal, launched a rival VOD service, Peacock, in the US over the Summer. This has already cherry-picked the new Madagascar series, with the new Trolls series promised there too. Sky UK, also owned by NBCU, recently took a bite at the DreamWorks output with hundreds of hours also committed there. 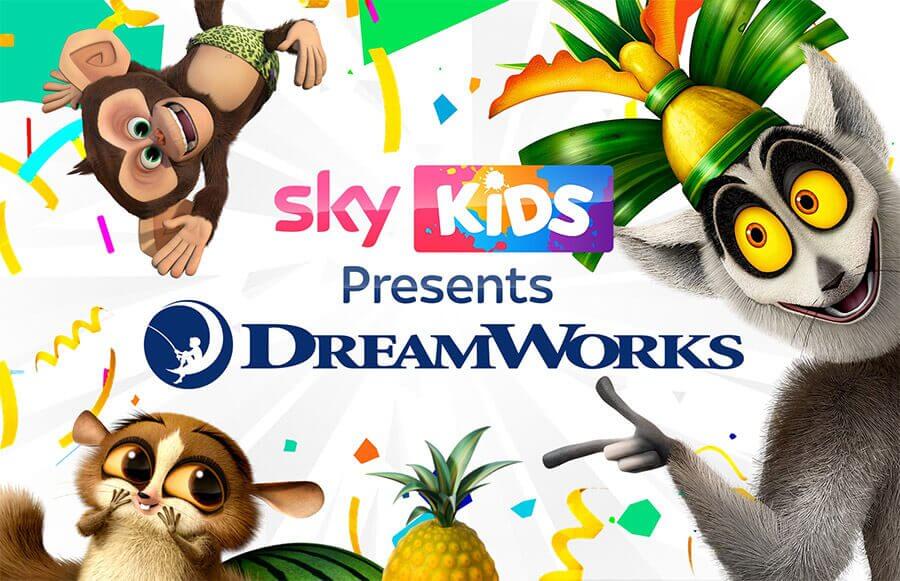 Comments from executives suggest that they’ve seen viewing figures on at least some of the Netflix series, a privilege rarely bestowed on partners. If DreamWorks can apply data-driven insights from this to its own platform, a final masterstroke of foresight could come home to roost for them.

Animation output to Netflix still persists, for now, taking a wily pivot towards series based on Universal films such as The Fast and the Furious and Jurassic World.  Original pre-school shows are also in the mix with Gabby’s Dollhouse just launched and Go, Dog. Go! still to come.

The big question, for Netflix at least, is will they be able to build their own kids’ content IP if the Dreamworks deal came off the table?  More on that in a future entry!