2021 will see the release of its biggest Netflix Original yet when Dwayne Johnson makes his Netflix debut in the highly anticipated action-comedy Red Notice. We’re keeping track of everything you need to know about Red Notice, including the plot, cast, trailers, and Netflix release date.

Red Notice is an upcoming Netflix Original action-comedy-thriller written and directed by Rawson Marshall Thurber. While Red Notice is the first Original to be directed by Thurber, it is the third collaboration between him and actor Dwayne Johnson, who previously starred in Thurber’s Central Intelligence and Skyscraper.

Prior to Netflix acquiring Red Notice, Universal and Legendary Pictures won the initial bidding war. But after Universal hesitated on the project, Netflix reportedly was fully committed to funding Red Notice which then saw the movie change hands.

When is the Red Notice Netflix release date?

At the time of writing a release date hasn’t been announced by Netflix. It’s fully expected that Red Notice will premiere on Netflix sometime in 2021. We’re expecting to see the feature arrive in the Summer of 2021, earmarking it as Netflix’s Summer blockbuster.

Red Notice has been hotly anticipated as one of the biggest Netflix Originals to look forward to in 2021.

What is the plot of Red Notice?

In order to catch the world’s most wanted art thief, INTERPOL puts out a Red Notice, a global alert for agents across the world,

Who are the cast members of Red Notice?

There are some huge names attached to the cast of Red Notice:

The names of the roles played by Johnson, Reynolds, and Gadot hasn’t been revealed, but their character descriptions have.

Dwayne Johnson will play the role of an INTERPOL agent and regarded as the world’s greatest tracker. For an actor who feels like he’s starred in everything recently, Red Notice is surprisingly the first Netflix Original for Johnson.

We’re unsurprised to see that Ryan Reynold’s character in Red Notice is acknowledged as the world’s greatest con-man. Red Notice is the second Netflix Original for Reynolds, and also the second big-budget action Original for the Candian actor after previously starring in 6 Underground, which cost a reported $150 million.

What is the production status of Red Notice?

Filming for Red Notice began in January 2020 but due to the global pandemic was delayed from March to September 2020. Once safety measures were implemented for the cast and crew, production was safely able to resume on September 14th.

Some of the cast finished filming their parts in October 2020 but filming officially wrapped up in Italy on November 18th, 2020.

Once Netflix officially won the rights to the movie, it was soon confirmed that production would be handled by Beau Flynn’s studio Flynn Picture Company. 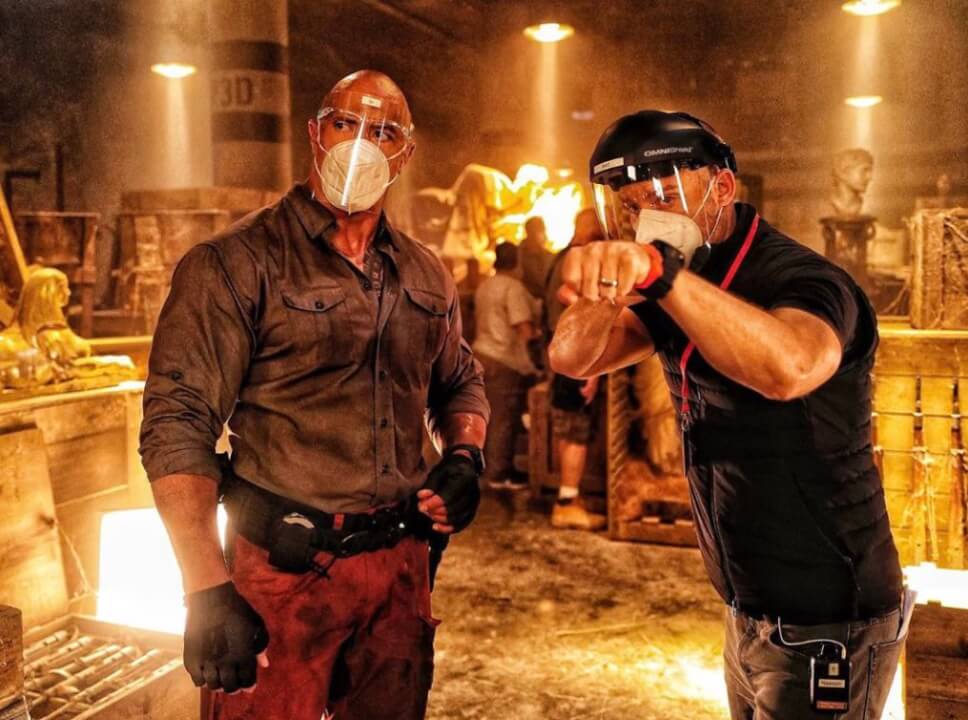 Where did filming take place?

Will Red Notice be available to stream in 4K?

The vast majority of new Netflix Originals are available to stream in 4K, and Red Notice won’t be an exception.

If you want to watch Red Notice in 4K you will need a premium Netflix subscription, a 4K device, and an internet connection capable of maintaining 25 Mbps.

Are you going to be watching Red Notice on Netflix? Let us know in the comments below!