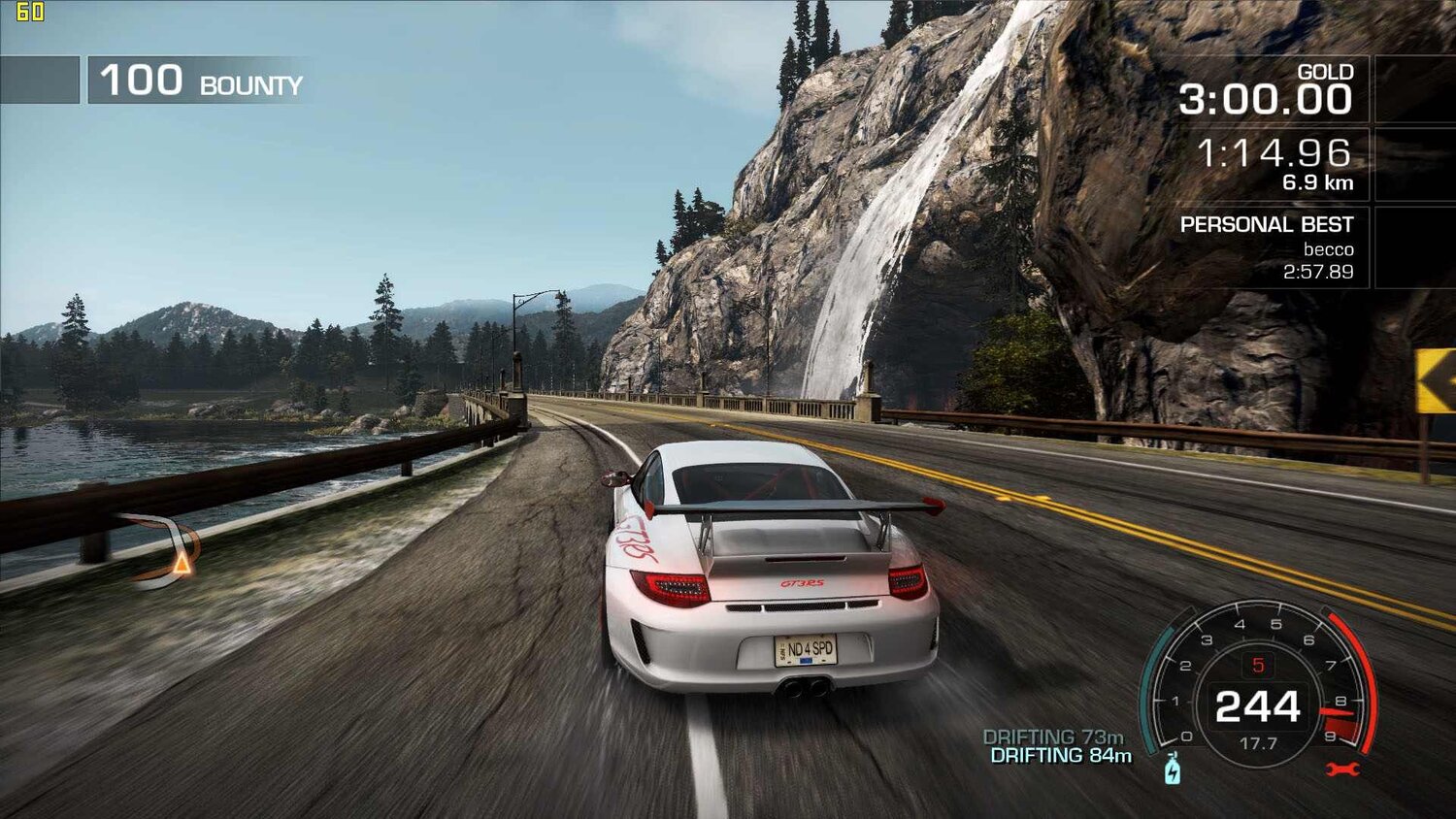 NFS: Hot Pursuit Remastered was my first foray into the NFS franchise. It’s an arcade racing game instead of a simulation one like Forza or Gran Turismo which means that it’s not the most realistic racing game, but that’s not a bad thing. It’s not trying to be realistic, it’s just being fun. There are a variety of game modes including races, running away from cops, being the cops and trying to catch troublemakers, and more. This variety helps the game feel fresh and not get stale very quickly. Also, there’s cross-play support so you and your friends can play regardless of what platform you each prefer.

The game also looks great. The remaster enjoys higher-res models, shadows, reflections, and more to support 60FPS at 4K resolution. In addition, I was caught off guard by how much I enjoyed the soundtrack. Is it my favorite? No. Did I still have a lot of fun racing to it? Yes.

So, are there any downsides to NFS: Hot Pursuit Remastered? Sadly, the answer is yes. There have been a fair number of bugs that I’ve come across which really just frustrate players. For instance, when I went to start the game, it asked if I wanted to enable cross-play and every time I said yes, the game froze and crashed. I found that I had to say “no” and then go to setting to enable cross-play. I’m not sure if this is still a problem, but wanted to include it in case anyone else runs into the problem. Also, every time I try to do the Escape to the Beach police mission, the game freezes while loading and I have to kill the game and restart it. I also went to do a 1v1 game with my friend and they chose to be the cop and I was going to be the racer. When the game loaded, it ended up swapping us though so I was the cop and he was the racer. Unfortunately, those aren’t the only bugs I’ve come across, but they’re probably the most infuriating.

The game is fun and looks great. Arcade racers can be a lot of fun and being able to get 8 people together for some fun regardless of their platform is a huge bonus for me. Sadly, EA seems to have slacked on the debugging before the release of the game allowing for some missions early on to literally be unplayable. While this can be fixed (and I imagine the team is working on many of these bugs), it just feels like a bummer to have them at launch. On the bright side, the game only costs about $40 and if you have friends to play with, I would still recommend this game.