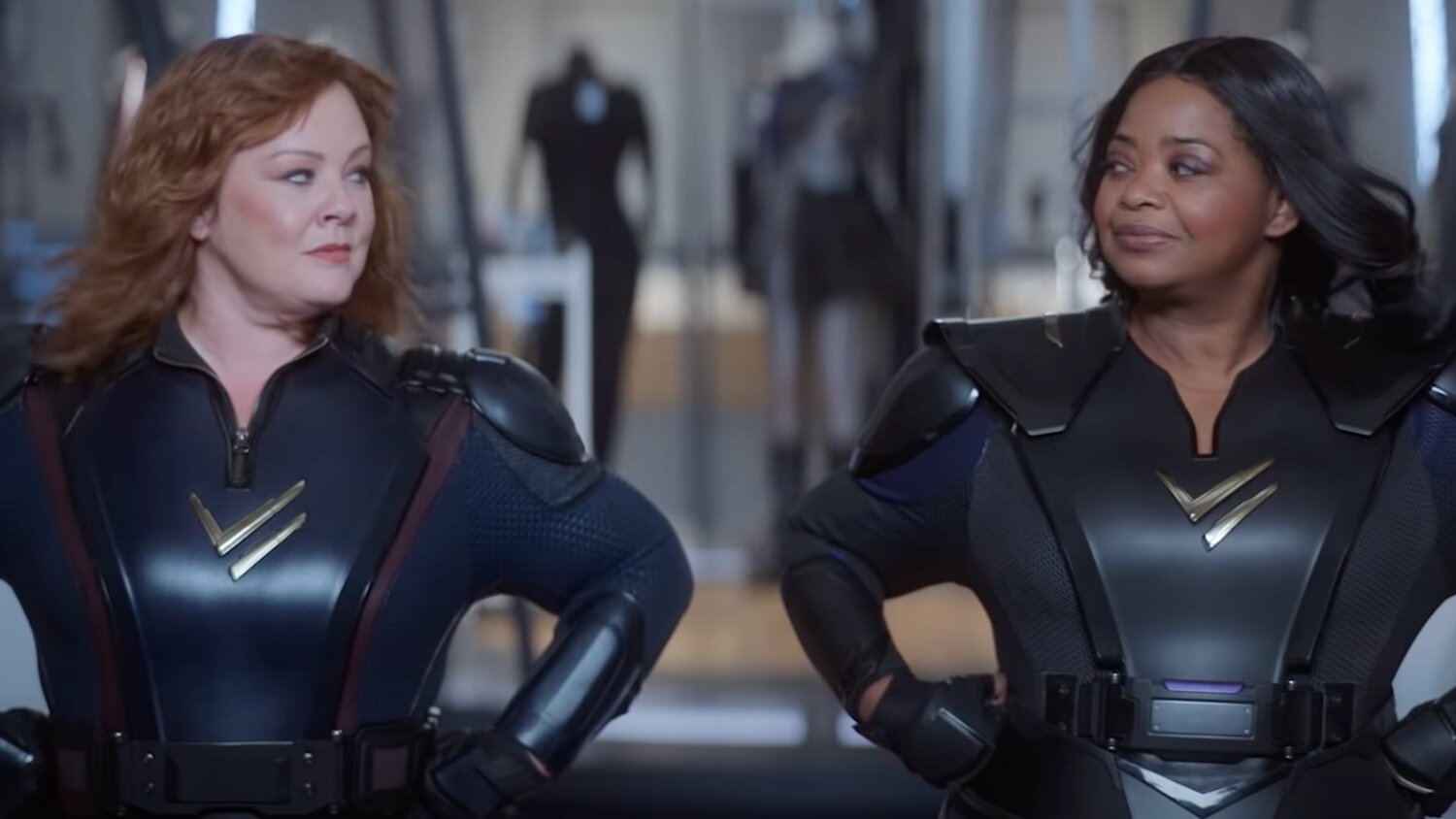 Netflix has released the first trailer for its upcoming superhero action comedy Thunder Force. The film was created by Melissa McCarthy her husband Ben Falcone, who wrote and directed the film.

The film centers on two estranged childhood best friends, played by McCarthy and Octavia Spencer, who reunite after years and end up gaining super powers thanks to a formula that Spencer’s character engineered. The two team up and use their powers to protect the city of Chicago. They call themselves Thunder Force.

In a world terrorized by supervillains, one woman has developed a process to give superpowers to regular people. But when scientist Emily Stanton (Spencer) accidentally imbues her estranged best-friend Lydia (McCarthy) with incredible abilities, the two women must become the first superhero team. Now, it is up to Thunder Force to battle the super-powered Miscreants and save Chicago from the clutches of The King.

If you enjoy McCarthy’s comedy style, then this is a film that you’ll probably have fun watching. It looks like a silly film that will have some amusing moments. Thunder Force is coming to Netflix on April 9th, 2021.