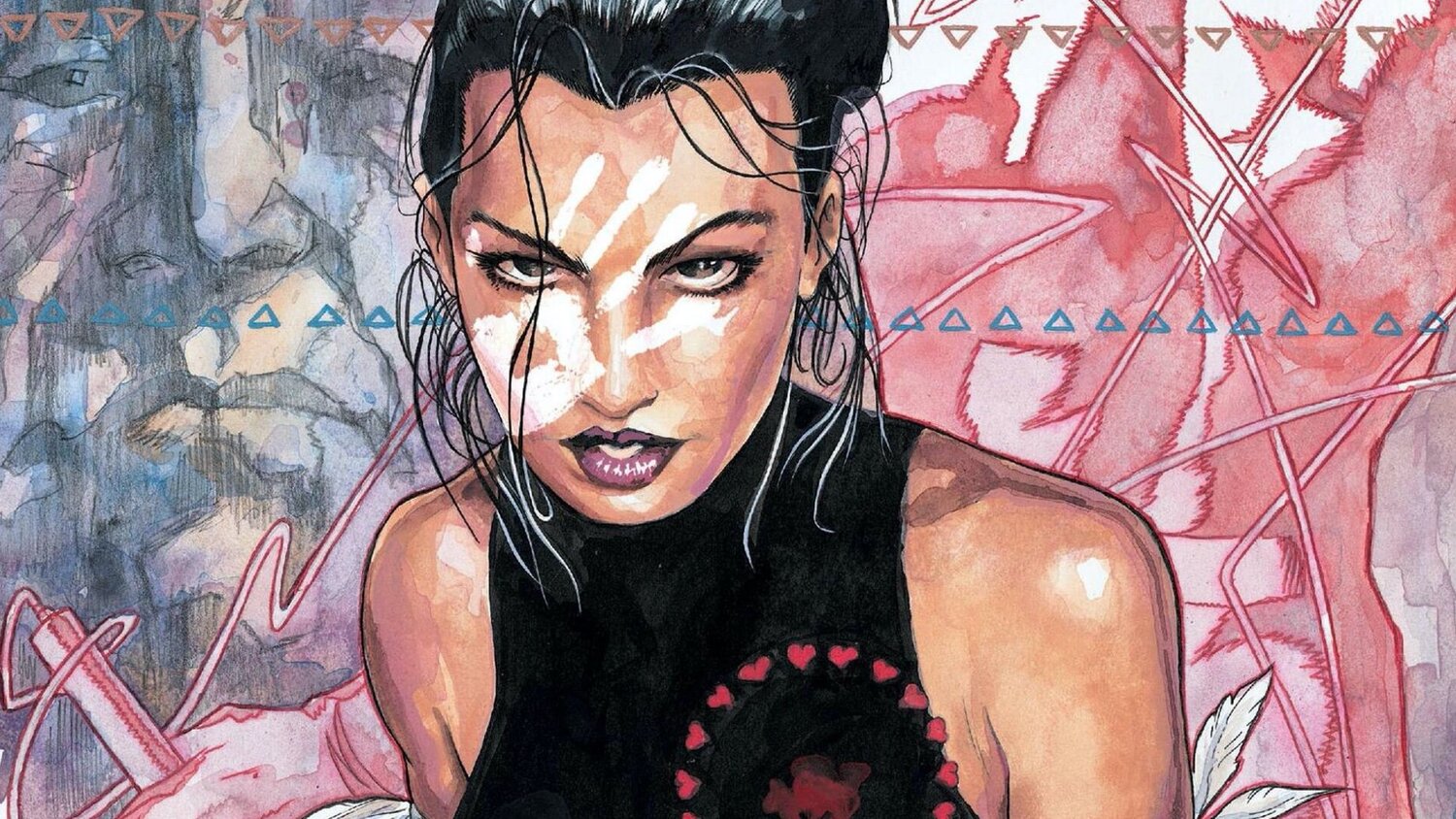 Marvel Studios is developing a Hawkeye spinoff series for Disney+ that fans might be excited about. The series will center around the deaf Native American character Echo, who is being played by Alaqua Cox in Hawkeye.

The series is in early development and Etan Cohen and Emily Cohen are attached to write and executive produce the show, with a writers’ room recently being assembled. Marvel Studios will produce and Cox will reprise her role in the series if it gets the official greenlight.

I’m actually pretty stoked about this because Echo is a pretty badass Marvel character. Her real name is Maya Lopez, and her guise includes a white handprint that covers most of her face. She also has the ability to perfectly copy another person’s movements or fighting style, making her a formidable opponent in battle.

The character was created by Joe Quesada and Dave Mack. Echo made her first appearance in 1999’s Daredevil #9. She was raised by Kingpin after he murdered her father, and she fell in love with Matt Murdock while simultaneously trying to kill Daredevil. She actually beat Daredevil, and when she discovered he was actually Murdock, Echo turned on Fisk, shooting him in the eye, and then fled the country.

In Brian Michael Bendis’ 2004 New Avengers, Echo fought with the Avengers in Japan as the mysterious Ronin before revealing herself to them. Clint Barton would later take on the Ronin mantel. Here are some additional details on the character:

Maya Lopez is an Olympic-level athlete possessing “photographic reflexes.” Just by watching other people, she has become a concert-level pianist, a strong martial artist, a highly skilled acrobat, and a gifted ballerina (and on one occasion even piloted a Quinjet for a few minutes). In addition, she has also gained Bullseye’s uncanny aim and Daredevil’s acrobatic abilities after watching tapes of their fights.

Although she has great potential, deafness gives Maya Lopez great drawbacks. Her absolute reliance on visual cues renders her helpless in the dark, and her ability to communicate by reading lips prevents her from taking oral commands and communicating with people who are wearing masks or are not in direct visual contact. However, she has been incorrectly depicted as being able to hear and respond to voices despite not seeing the person’s mouth due to standing away from them or the person talking right behind her.

I hope this series happens. I’d love to see this character explored more with her own series. It’ll be fun to see how her initial story arc plays out in Hawkeye.