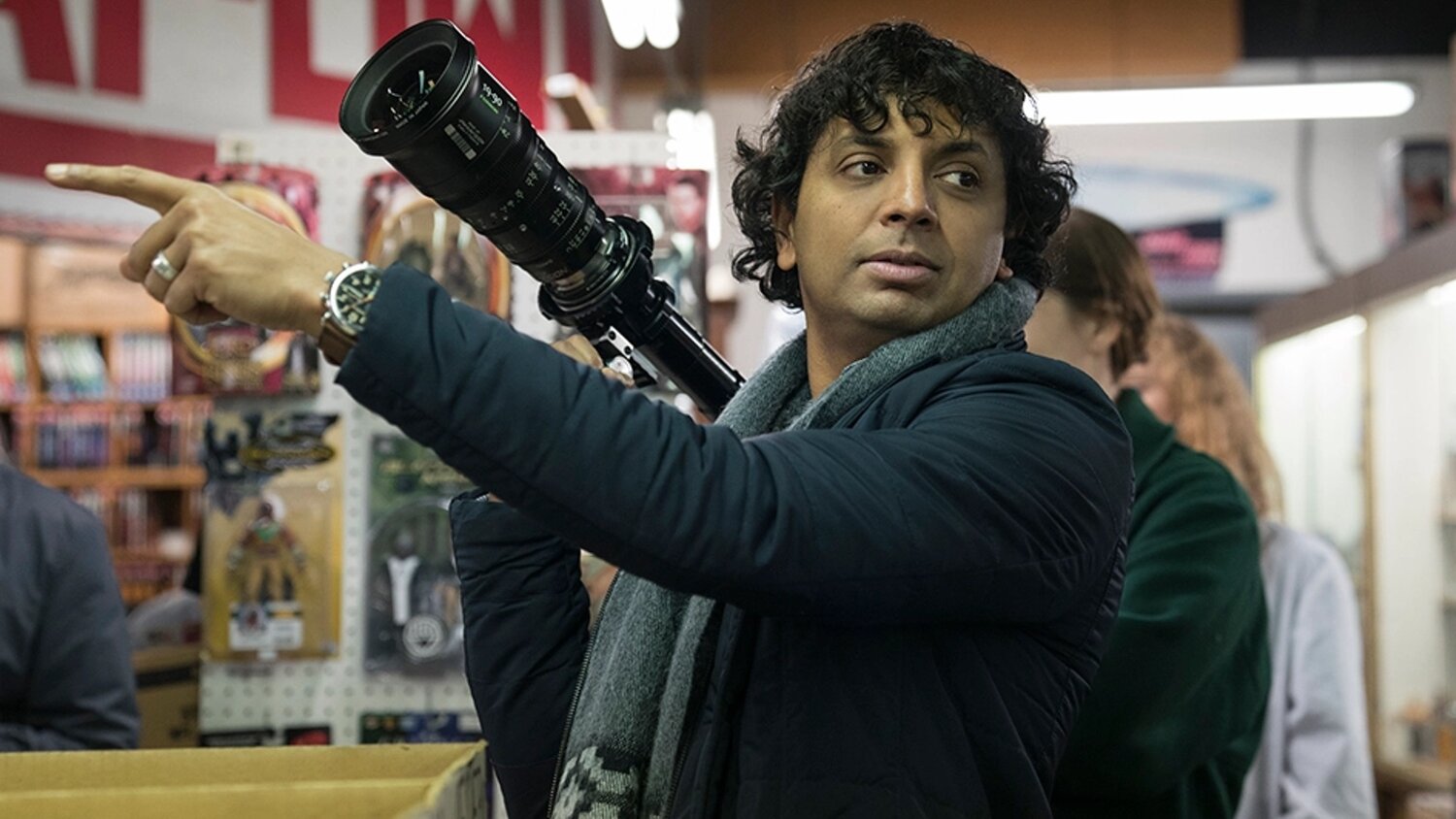 In case you’re wondering if writer and director M. Night Shyamalan has ever met with Marvel Studios or DC Entertainment to talk about possible film projects he could take on, the answer is yes. Obviously nothing has come of it, but he did meet with the studios to discuss ideas for superhero characters.

During a recent interview with CB, the filmmaker said:

“I’ve had many conversations over the years about many of the superheroes with many of the studios that own them, and how would wanna approach it. And it’s one of those things that I think this my style, if there was ever a situation I mean, I said, ‘I did it.’ I made my comic book movie the way I wanted to make my comic book movie, but the minimalism, the insinuating, the not using CGI all of that stuff is a very different language. So, whenever we’ve had those conversations in the past about XYZ person, it’s your character or franchise. I get so nervous about like, ‘Hey, this is not what you would want me to do make it very quiet and tiny and introspective.'”

Shyamalan did make his comic book superhero movies with Unbreakable, Split, and Glass and they were all great films! I especially like the fact that he went out and told an original story instead of using classic characters that have existed for years. His films had a very fresh take and fans seemed to enjoy what he did.

With films such as Logan and Joker breaking the mold of comic book films and being huge hits, Shyamalan’s approach to these kinds of films might now more likely be considered by these studios. But, who knows. Personally, I like that Shyamalan is doing his own thing and continuing to tell original stories.

At this point, it would actually take some convincing for Shyamalan to jump into a big franchise or even continue his own Unbreakable story. Shyamalan explained:

“You never say never but I don’t believe I’d ever make a sequel, but the Unbreakable script in its entirety, was essentially the three movies. When I first outlined it, it was all those three movies in one go. And I was like, ‘This is impossible! I can’t write this in two hours.’ And so I pulled out Kevin Wendell Crumb’s character out of Unbreakable. And I said ‘All right, I’ll do that. Let’s just make the first act of this story and Unbreakable.’ So that’s how it, and so I was intending to do a Split right away essentially, but it didn’t pan out.”

Would you like to see Shyamalan ever take on a Marvel or DC film?