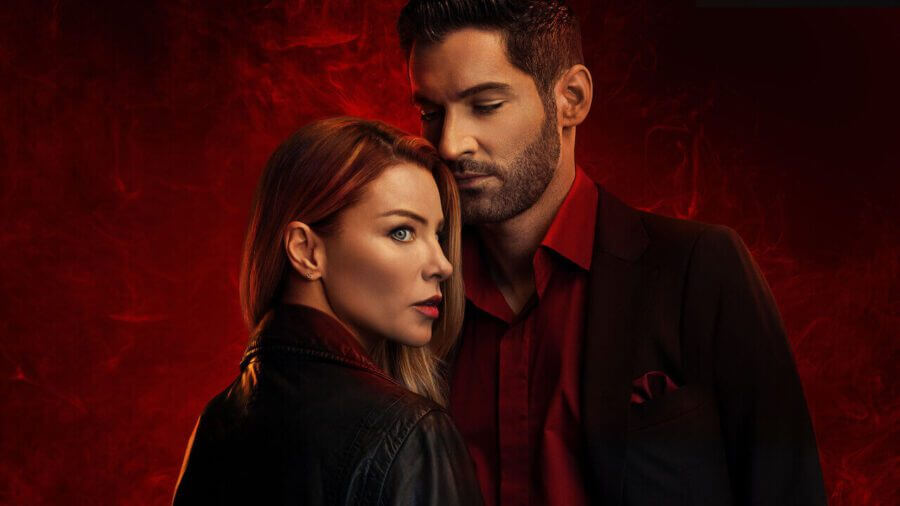 Lucifer season 6 has officially begun filming for Netflix. There’s still a long wait for season 6, however. Here’s everything we know so far about season 6 including its production status, what we can expect, why it’s the final season, and when we could eventually see it arrive onto Netflix.

In case you haven’t already, check out our Lucifer season 5 preview which we think is the biggest and best on the internet with a full timeline of what happened in development for that show and all the new guests and storylines we can expect.

With season 5 part one added to Netflix in August 2020, most attentions turn to part 2 which has reportedly concluded filming and due out in early 2021 but we’ve got more on that in our separate preview.

Here’s the rundown of everything we know about season 6 of Lucifer so far:

Originally, of course, season 6 of Lucifer was never going to happen.

Netflix’s revival of the series from season four onwards was meant to end after season 5. That’s partly why the show was split into two halves and given an extended season.

When Netflix gave season 5 the final season order, naturally fans weren’t happy that Netflix regave life to Lucifer but to only take it away two seasons later. It led to your usual campaigns such as petitions (with the best performing petition securing over 100K signatures).

With the numerous high profile campaigns and the fact Lucifer continues to blow records out of the water, fans prevailed and once again got the show renewed.

Rumors for a sixth season began in early 2020 that Netflix had reversed its decision and began seeking to renew season 6 but only once it had got everyone signed on.

It was late February 2020 when Ildy Modrovich and Joe Henderson had signed on for a further sixth season.

In April 2020, after more talks, the second revival looked less likely as Tom Ellis’s contract negotiations fell through however they were fixed and Tom Ellis was signed back on in May 2020.

The first we heard of Netflix reversing course was back in February 2020 when TVLine had learned that Netflix was back in talks with Warner Brothers Television to extend the show.

On June 23rd, 2020 – we officially got word that season 6 was set to happen but that it would be the “final FINAL” season.

Has to story to season 5 changed now Lucifer has been renewed?

Joe Henderson addressed whether the ending to season 5b will change now that Netflix has given a sixth season. Speaking in an interview he said:

“It will remain exactly the same as we had planned and it was really very, very important to us. When the idea for season 6 came up, Ildy (Modrovich, the co-showrunner) and I said to Netflix, ‘if we do this and we find the right story, the thing we don’t want to do is to undo everything we have done ‘. Once you see Season 5B you will understand how A and B are actually one big season. How it all relates … The things that happen in the Season 5 premiere fit in completely with the ending.”

As we mentioned above, Ildy Modrovich and Joe Henderson who serve as the co-showrunners are both onboard to see Lucifer season 6 through.

It wasn’t until early July until DB Woodside confirmed he’d be returning a Tweet saying:

Happy to announce that I will be returning to Lucifer for season 6. Additionally, I will be directing an episode for our final season. ❤️This is a beautiful cast. We stand by each other. We fight for one another.

So… let’s get to work. ✊🏾#AngelTrainingBegins@LuciferNetflix

Tom Ellis was ecstatic about his returning replying: “Utterly delighted and excited to get back alongside you both in front of and behind the camera.”

Also attached for season 6 so far are:

In late September 2020, Scott Porter confirmed he’d be appearing in both season 5b and season 6. Scott is mainly known for his role in Friday Night Lights but has also featured in Speed Racer and will have a role in Netflix’s upcoming drama Ginny & Georgia.

In October 2020, we got word of two new guest stars that will feature in season 6. Those are Chris Coy and Rob Zabrecky.

Chris Coy is known for his appearances on The Duece, The Front Runner, and Detroit. He’s set to play the role of Alan.

Rob Zabrecky is known for his appearance in A Ghost Story, Lost River, and Criminal Minds. He’s set to play the role of Horace Goldfinger.

Lucifer season 6 will consist of 10 episodes

Y’all are hilarious. 10! It will be 10 amazing episodes! Now let me get off twitter before my phone starts blowing up! ❤️😘 https://t.co/b0E40UlfMo

If the writer’s account follows a similar pattern to season five, we’ll likely see scripts posted over the course of the next few months revealing the episode titles, writers’ names, and directors.

Where is season 6 of Lucifer in production?

Throughout summer 2020, Lucifer season 5b was put on hold due to the pandemic. We know the majority of episodes had been filmed but a few more had to be completed.

In August 2020, we learned that filming for season 5b was due to restart in October 2020 although it actually kickstarted on September 24th, 2020.

Tom Ellis stated in numerous interviews that production would simultaneously move from season 5 to 6.

●●LUCIFER: SEASON 6●●
Status: Production
With the COVID protocols and the necessary care, everyone prepares for the filming of the final season.
Photos shared by: tom Ellis Lauren German @JOSHSTYLELA and @IAmJoelRush
•••#LuciferSeason5 #lucifer#LuciferNetflix pic.twitter.com/dqXZSTvzXH

Aimee’s first day of Season 6 with her first Ella T-shirt “Just making it up as I go along.” I just LOVE that she is telling us she’ll bring us some BTS. For this last year I want as much as I can get. #Lucifer #LuciferSeason6 pic.twitter.com/xAQUswtV5n

Filming, however, began on October 6th, 2020 as confirmed by the co-showrunner Joe Henderson.

Today is our first day of shooting #Lucifer season 6! So happy we’ve finished up season 5, and we will be working our buns off to get it finished and to Netflix! Thanks to our incredible cast and crew for working hard and safe and delivering a kickass finale!!

As for when we can expect season 6 of Lucifer streaming on Netflix? Our guess is as good as yours. With part 2 airing in early 2021, it’s not inconceivable that the series could return on Netflix for season 6 by the end of 2021. However, our safe bet right now is in early 2022.

There you have it, everything we know so far about Lucifer season 6 coming to Netflix over the next few years. Let us know in the comments if you’re excited.