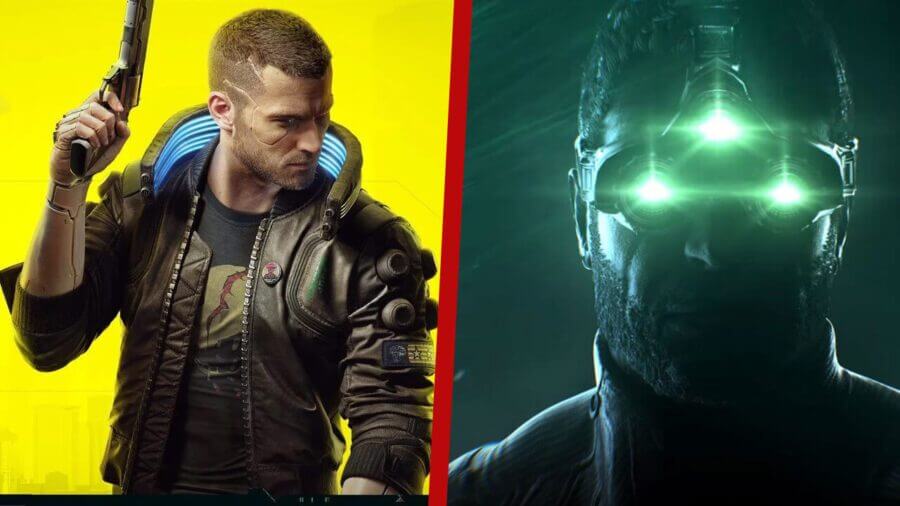 Netflix is greenlighting a number of show and movie projects based on video-games and we’re hearing that two more could be on the way with live-action titles potentially planned for both Splinter Cell and Cyberpunk which are already getting animated series at Netflix.

So it’s important to stress at this stage that both of these are in very early development and suffice to say, you should currently treat these two projects as rumors until officially confirmed.

The franchise is already coming to Netflix in the form of Cyberpunk: Edgerunners which is being developed as an anime title from the studio behind Kill la Kill.

This live-action project was first reported by Daniel Richtman who states that Keanu Reeves is being eyed for the live-action Cyberpunk project which makes sense given his involvement in the game itself which is currently due to be released in December 2020 after many significant delays.

If this series is in development, don’t expect it to be announced until after the game releases as it could tie in.

As for Splinter Cell, we already know that Netflix has an anime series in development with Derek Kolstad (John Wick) on board to write.

A new casting grid that came out recently suggests that Splinter Cell might be getting another project produced in the form of a live-action series. It doesn’t reveal much but the grid, seen by us, does not have any of the announced producers or writers that are currently known to the anime series suggesting it could be something else entirely.

These reports follow a recent trend where Netflix is doubling down on multiple formats before one has even released. Resident Evil is getting both a live-action series and anime both expected to hit in 2021. Assassin’s Creed just last week was announced to be doing the same and a similar treatment is also in store for Netflix’s The Witcher with a live-action prequel and anime series also currently in development. Outside the video game world, Day of the Dead is getting similar treatment.

Once again, it’s early days and nothing is official until we hear something via Netflix themselves.