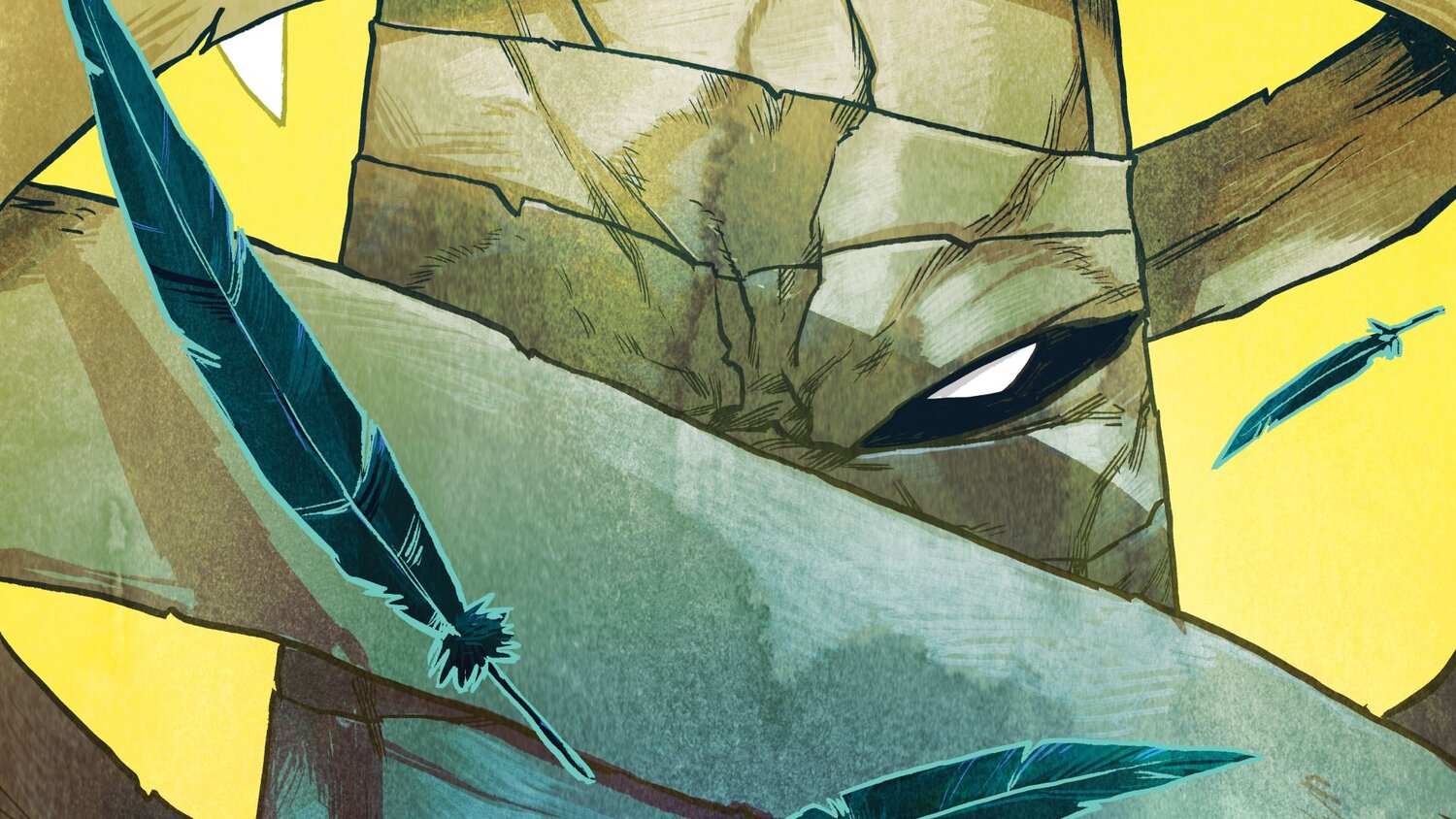 Picking up where the preview left off, Wynd and the Bandaged Man have a bit of a chat. The Bandaged Man offers Wynd the opportunity to go and become purified. It’s at this time that we learn that he’s a vampyre! That’s a bit of a twist. Yes, I’m sure some called it, but that doesn’t make it any less fun. Well, while talking, Wynd mentions the faerie Gwendolyn, and that seals her fate.

The Bandaged Man then goes after Yorik, who holds a small knife up which gets swatted away. Thorn then arrives and lands a good punch followed up by a threat from the Bandaged Man to have the soldiers dismember Yorik if this continues. This gets Thorn to stand down. Unfortunately, the Bandaged Man gets ready to take care of Thorn and throws him off the cliff. Luckily, Thorn is caught by a flying Wynd.

After his chat with the Bandaged Man, Wynd went into the forest and seems to have had a change of heart about transforming as he sees it as a good option if it can help save his friends. He talks with some little magic creatures and they help him grow his wings and then they even go and destroy the archers’ arrows. This allows Wynd to carry Thorn and Yorik to the ship in place of Gwendolyn. The only problem is that the Bandaged Man also jumps aboard. Thorn is able to be awesome though and knock him off. This loosens the bandages causing the sun to burn the Bandaged Man, and then he’s impaled from behind by a cliff before he seemingly burns up.

These wings are definitely going to require some getting used to. They look rather cumbersome, especially considering Wynd’s size. It does open up all sorts of possibilities though. I also appreciate that Yorik does apologize to Wynd and is trying to do better. In the epilogue, we do see Wynd with some different wings. My guess is that it’s to show that he’s finally accepted this part of him as he looks happy and free, no longer afraid of what others will think (it helps that the others seem to love them).

Finally, we’re teased that the next arc is titled “The Secret of the Wings” and Wynd #6 will launch in May 2021.