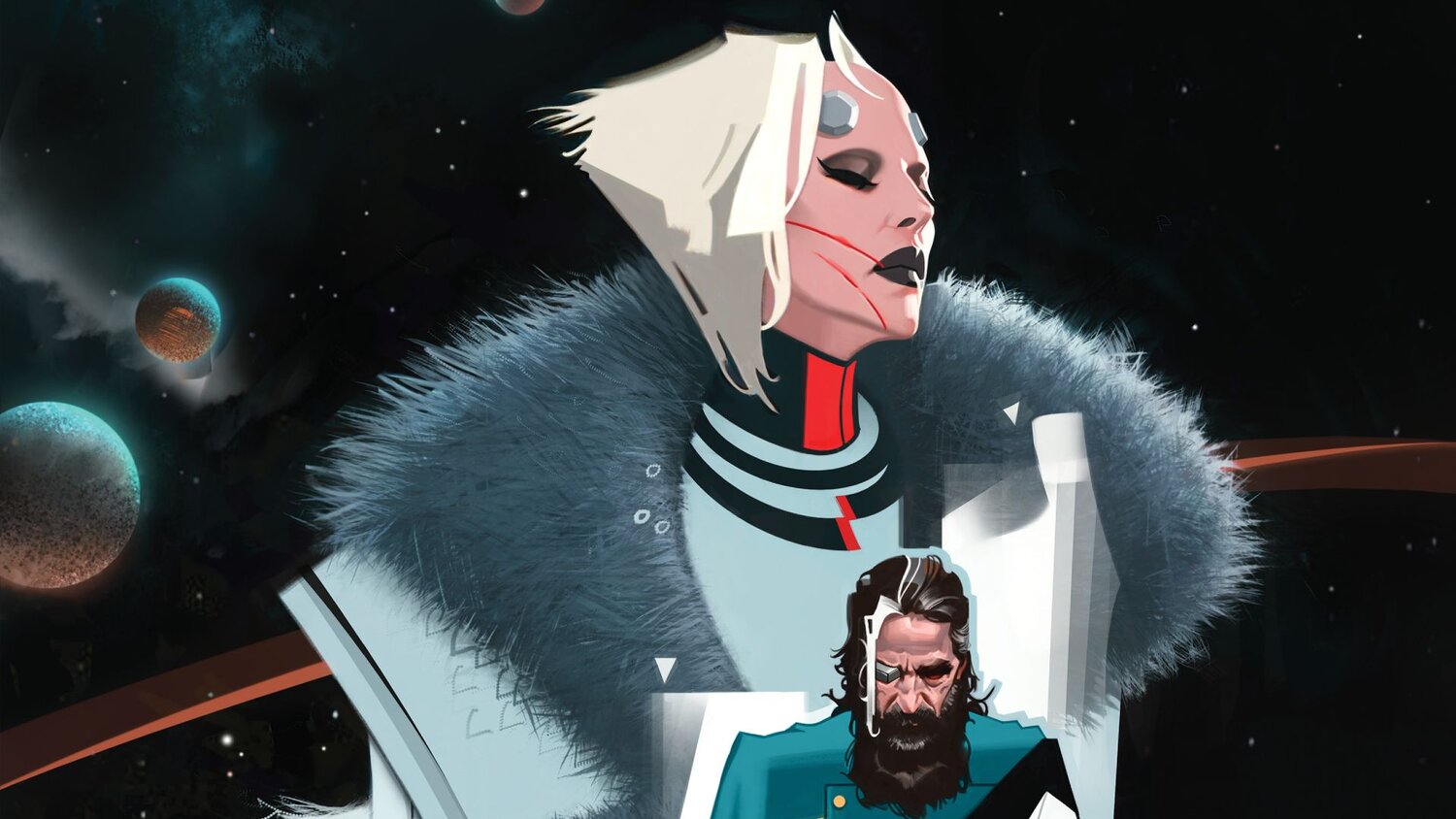 Picking up where the preview left off, apparently Jason left the comms open and Richter heard everyone talking. Well, comms get turned off and they end up dropping out of warp because they don’t want to explode. They come across a god that appears to be dead, but it’s different than other ones they’ve come across which gives them some thought. Some even propose that the gods can only be seen after they’ve died. Interesting theory.

Well, Alice is sick of being hunted by Richter and is fed up with everything. She makes a plan to bring Richter down including throwing meat into Richter’s ion engines to buy the Vihaan II some time. Alice comes up with an idea to have Ella use the knife to destroy Richter’s ship after the drones move it. It’s at this point the god apparently wakes up, and then Alice is outside the ship and Richter shoots her. We see Alice’s helmet shatter, and she’s probably going to be dead next issue.

This is intense. They found a live god, Richter’s clearly crazy, Alice is probably dead already, and I really like how Alice was just fed up with Richter’s crap and was finally going to do something. Really bummed at how it turned out though. What do you think the god is going to be like? What can they do in this universe? Ah!