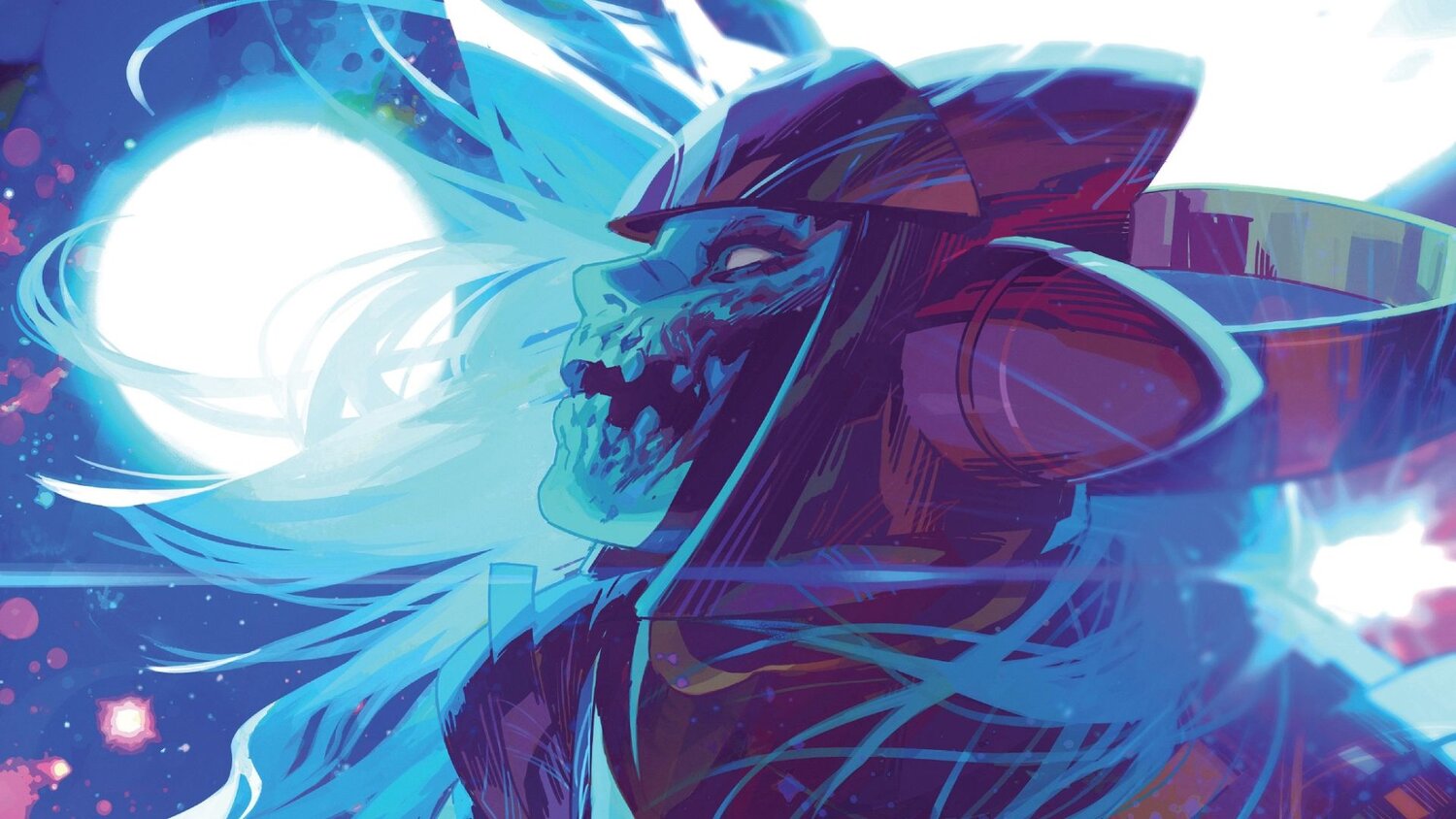 Picking up where the preview left off, this issue goes through each crew member and how they ended up signing on with Georges Malik’s plan to find a living god. It’s actually really cool. We find out that Jason and Georges are an item and it explores a bit more of the dynamic between Jason and his sister Ella. We don’t learn everything about everyone, but we do better understand the crew dynamics which is nice.

Well, the team doesn’t see Paula Richter working for at least two days and decide to use this as a chance to try their dangerous and seemingly illegal mission. It turns out that Paula decided to take over another officer’s call sign with the theory being that she did it to lure the crew of the Vihaan II into a false security. It worked. However, the Vihaan II is able to get into Warp and mostly escape the mess of the colony. Paula’s determined though and gives chase. Things are not looking good for the crew as Paula could probably take them down. Georges tries to convince Paula to go back, but there is something going on with her.

I’m seriously wondering what the heck is going on with Paula. We don’t know the full story between her and Georges, but every time we see her, the whole panel is blood red and her eyes are super crazy. Plus, she’s got like a jagged smile on her helmet. Did she become the Joker or something? I’m thinking she may have gone insane? I am loving this series. What’s been your favorite part?