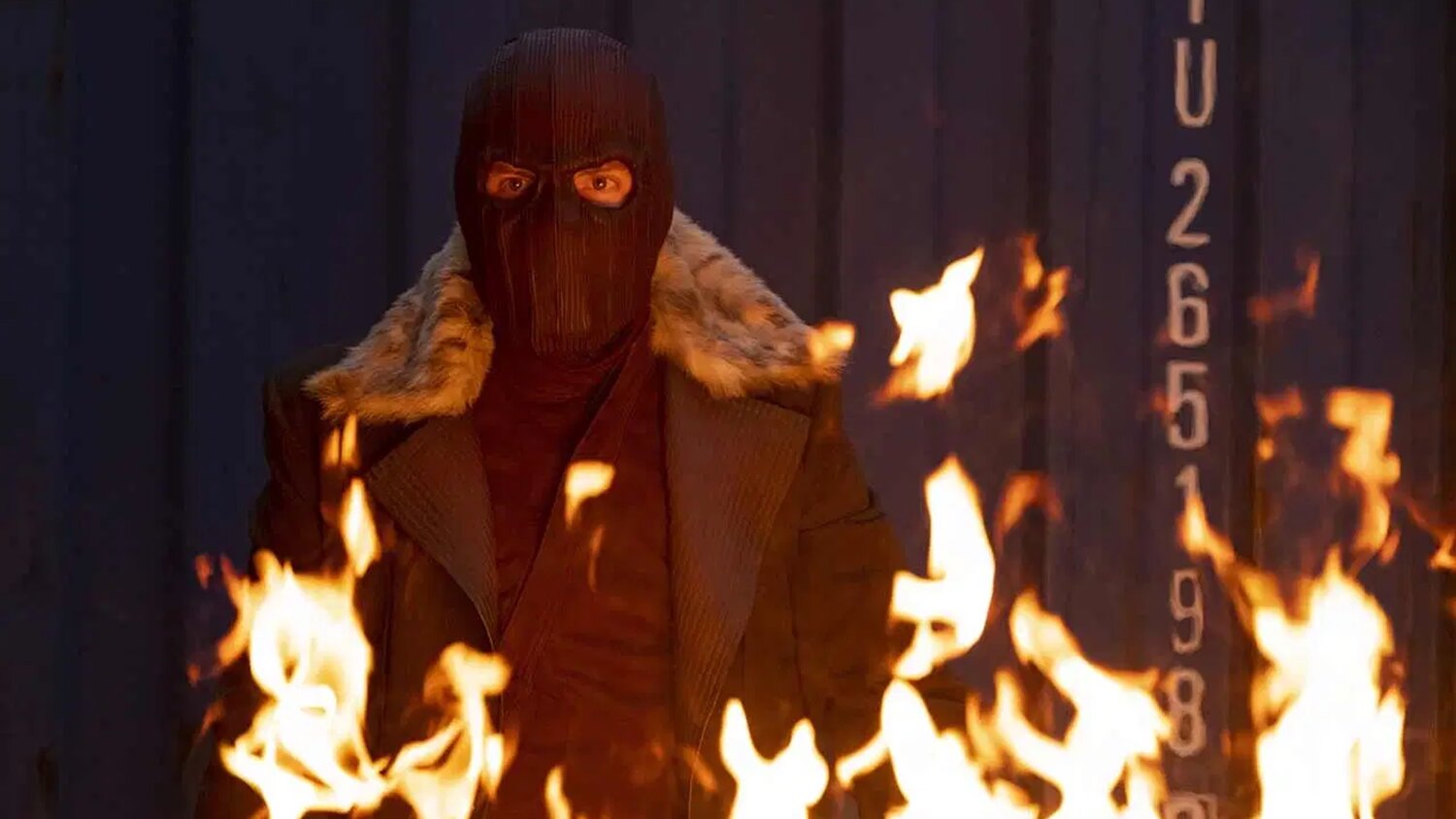 Bucky and Sam’s adventure continues in the third episode of The Falcon and The Winter Soldier, and what made this episode so interesting is the fact that Bucky ended up helping Zemo escape from prison to help them figure out where this Super Soldier Serum that the Flag Smashers are using came from.

It was interesting seeing these two heroes team up with the villainous Zemo, who also wore his signature mask for the first time in the MCU. I was expecting Zemo to turn on them and completely betray them at some point, but that didn’t happen in this episode. While he obviously did some questionable things, in the end, Bucky and Sam were still moving forward on working with him.

It’s that Zemo spent years hunting people Hydra recruited to recreate the Super Soldier Serum; it was to be used to create an army of people like the Avengers. We also learn that Zemo is super freakin’ rich, and comes complete with a butler named Oeznik and a fleet of fancy-ass cars, along with an arsenal of weapons and a private plane. He also turns out to be quite charming. Hell, I like Zemo more than the new Captain America, John Walker.

Speaking of John Walker, he’s now strayed into using the “Do you know who I am?!” tactic. He also had no problem losing his temper and saying “shit” a lot, which as you know is not Steve Rogers’s style. He’s quickly becoming a brute, and I’m liking him less and less.

John is very intent on tracking down Karli and company, and I’m wondering if he could be trying to get one of those doses of Super Soldier Serum for himself. I wouldn’t put it past him.

Anyway, Sam, Bucky, and Zemo end up going to Madripoor, a lawless island in the Indonesian archipelago. In the MCU, Power Broker, who is the mysterious villain hunting the Flag-Smashers, is in charge of the island. It’s here that will also meet Doctor Wilfred Nagel, a former Hydra scientist who was recruited by the CIA and is also responsible for the creation of a new Super Soldier Serum.

Nagel’s version of the serum was designed to be subtle, it’s not the same formula that Steve Rogers had injected into him. This is why the Flag Smashers look physically ordinary despite super strength. Nagel reveals that Karli stole the 20 vials of the serum that he made for the Power Broker, which explains why the villain is hunting her.

Former SHIELD Agent Sharon Carter also makes her big return to the MCU in the episode! After aiding the fugitives Captain America, Sam, and Bucky, she found herself on the run. She was also among those wiped out by Thanos’s Snap, and then returned after five years.

Sharon was not pardoned for helping out Cap and company, so she ended up going into business for herself by stealing stolen art in Madripoor. She’s done pretty well for herself despite her situation of being in hiding. With the kind of work that she’s found herself in, I’m wondering if she could be the Power Broker or it’s also possible she could be working with Flag Smashers. Regardless, I think she might be Sam and Bucky’s best lead for tracking down Karli.

Nagel would have known of Sharon’s involvement if she’s involved, but Zemo shoots him before he can react to Sharon’s arrival. She also tells her driver they’ve “got a big problem. Actually, a couple of them,” after parting ways with Sam and Bucky. So, there’s some shady shit going on with her!

In the final moments of the episode, Bucky ends up leaving Sam and Zemo to go on a walk, but he realizes they are being spied on. This the point where the show makes a connection to Wakanda as Bucky comes face to face with Ayo in an alley in Riga, Latvia. If you don’t remember, she is a member of the Dora Milaje, Wakanda’s all-female special forces group. Now she’s on a mission to hunt down Zemo to bring him to justice for the bombing death of King T’Chaka in Captain America: Civil War. We don’t know if Ayo is working on her own or if she was sent by a Wakanda representative on a mission.

Bucky has a pretty strong connection with Wakanda and its residents as he spent some time there to heal his mind. He had his Winter Soldier programming removed, and it’s also where he got his Vibranium arm.

I’ve been enjoying the show and it’ll be interesting to see how the story plays out as it moves forward with these new revelations.