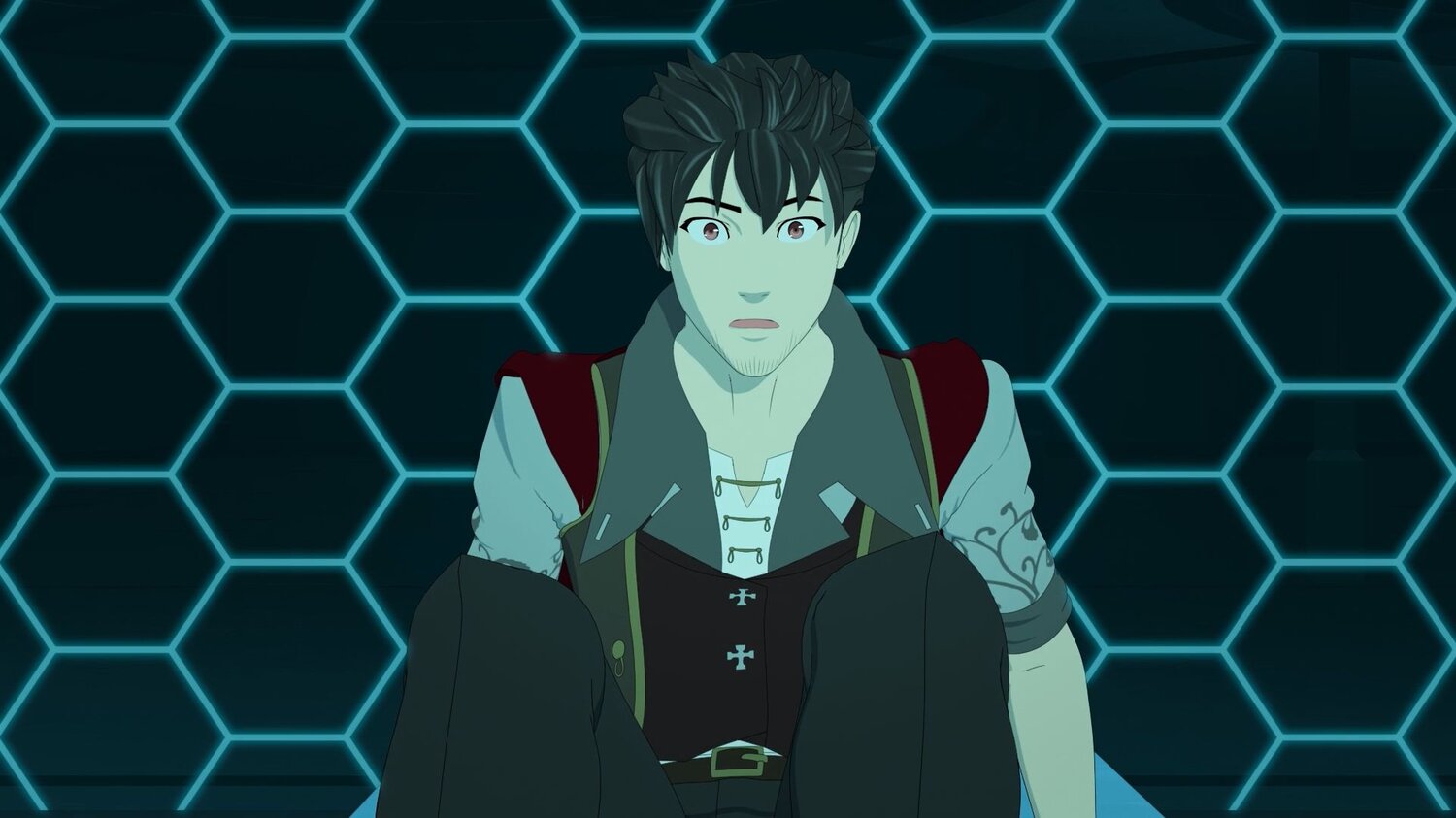 First things first, there’s a prison break! Cinder arrives and takes Watts, but this also means that Jacques, Robyn, and Qrow are all free too. We’re finally going to see what Robyn and Qrow are going to do. I just imagine that Jacques isn’t going to do much. Maybe he’ll continue to be a weasel and try to get buddy buddy with Ironwood, but I don’t think Ironwood would be merciful in his current state of mind. Just saying. Plus, I think Ironwood is going to have his hands full with Robyn and Qrow.

We don’t see anything with Team B (Yang, Jaune, and Ren) this episode, nor do we see Salem and her batch of villains other than Salem and the new Hound Grimm who we’ll talk about here in a second.

Over at Schnee Manor, the power goes out after they bring Penny up from her crater to the bedroom. Clive wants to help her too, but isn’t 100% sure what to do since Penny’s not exactly human. Willow Schnee shows up to Whitley’s dismay and continues to be an alcoholic. It is pointed out that Schnee Manor has a backup power generator and this gives Whitley the idea that they can send cargo ships down to the Crater in Mantle to help get the refugees out of there. I am so happy that Whitley turned out to be a decent person and not like his father.

Ruby and Blake go to get the power back on and everything’s going alright at first. Ruby and Blake get to talking since Ruby’s having some confidence problems and Blake talks about how she looks up to Ruby which helps raise her spirits. Well, this is when the Hound arrives and really gives them a fight. He even seems to knock Ruby out for a minute and tries to fly away with her saying “Grab the girl” until Weiss shows up and helps Blake fend it off. Sadly, it abandons Ruby, drops her causing her Aura to shatter, and goes off to the manor. Weiss gives chase while Blake stays to defend Ruby from a wicked-looking gorgon-esque Grimm. Blake almost loses, but Ruby wakes up just in time to slay it. It’s nice to see more bonding between these two.

While everyone’s been fighting the Hound, Penny starts wigging out. That virus that Watts uploaded starts to take effect and Penny tries fighting it with the powers of the Winter Maiden, but it’s actually Nora that helps calm her down a bit and bide some time. Unfortunately, it doesn’t last and Penny goes, for lack of a better word, brainwashed. She starts heading to the exit and talks about opening the vault and self-destructing. Screw you Watts! Well, at this point, everyone is in the manor fighting the Hound and the Hound actually tries grabbing Penny. She seems to have been his target all along and he tries grabbing her, but she fights him. Ruby does her silver eye blast and it pushes him back and out a window. He comes back in though and it appears that Salem has transformed a Faunus into this wicked Grimm. Obviously, this leaves everyone a little shook after they kill it by Willow and Whitley dropping the Armor Gigas statue on it.

I think they’re in trouble. In the past, Ruby’s silver eyes have obliterated or petrified the Grimm. This time, it only wounded the Hound. This does not bode well if Salem is making more of these new horrible creatures. Also, poor Penny.

Something I didn’t really touch on was that when they brought Penny up, many of them had Penny’s “blood” on them from her wounds and that’s what the Hound seemed to be following and why it went after Ruby. It also starts going after Whitley who is saved by Willow using her semblance to summon a Boarbatusk and ram into it while they run away. Smart thinking, and a good reminder that the semblance is a family thing.

What did you think of the 100th episode of RWBY?