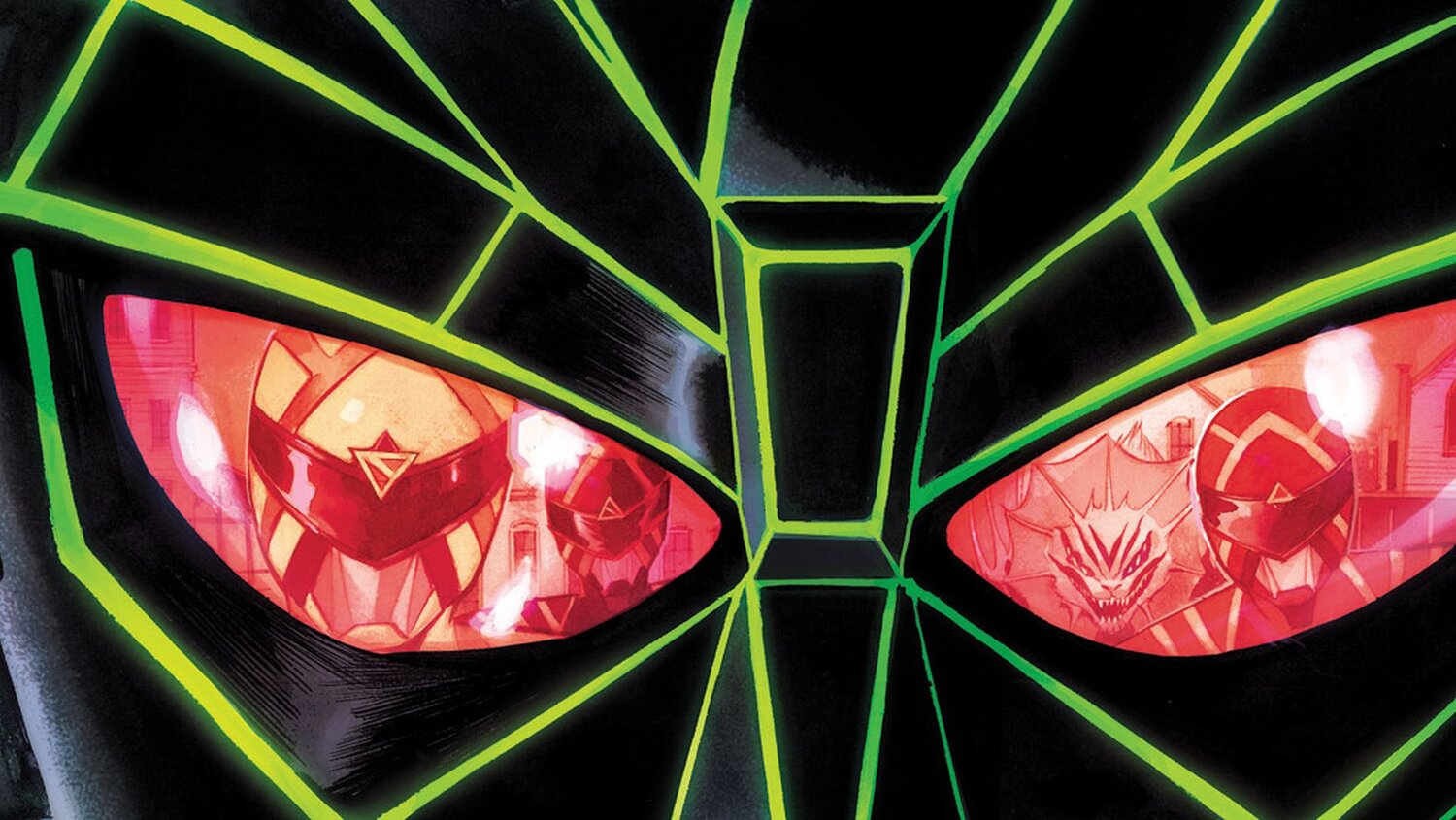 Picking up where the preview left off, Drakkon and Trini are talking and he explains that with enough of a reason, anyone can become a monster. It is very interesting to see these two interact. Trini comes across as both wise and hopeful. Meanwhile, Drakkon is a crazy person who sometimes sounds like he’s making sense.

Back at the saloon, Zack figures he can win the card game and gets a good hand. He’s so confident he even bets his morpher. The alien guy then reveals a better hand and at that exact moment, Astronema shows up and tries murdering him and the Rangers. It’s then revealed that he was cheating (big surprise there) and the Rangers exit the saloon and fight Astronema for a bit. Who should appear at this point than good old Space Patrol Delta. They imprison the three rough housers and are interrogating Jason. He explains there was a misunderstanding, but apparently S.P.D. and Zordon are friends and they got his message. Jason and Zack are about to be sent back to Earth. Meanwhile, Astronema tries killing Zack in their cell and explains that she hates Rangers because they murdered her family. Zack doesn’t buy it.

Back at the ship though, Drakkon starts fighting a familiar black and green guy. Trini and Xi eventually show up to aid him and it’s Ecliptor. I always love Ecliptor’s design. He looks so freaking cool. Anyways, he’s not there to fight, but to make them a deal. My guess is that he’s going to offer to work with them to break all three prisoners out of S.P.D.’s prison.

One more very interesting thing is something that Xi finds. He finds a record of Sire Lentinvous, a philosopher on Edenoi, who may have seen the Emissary. Now, Lentinvous died 16,000 years ago, so not much help. However, the record includes a vision that he claimed to have about the birth of the universe. In the vision, there are powerful beings called The First Ones who then created 3 Messengers from the light of a star. These Messengers cast Long Shadows that are said to rise up one day. It is understood by Trini, Xi, and myself that the Messengers are the Emissaries and the Shadows are the Empyreals. That’s right, they brought Edenoid back into the mix! Are we going to see Masked Rider make an appearance now?