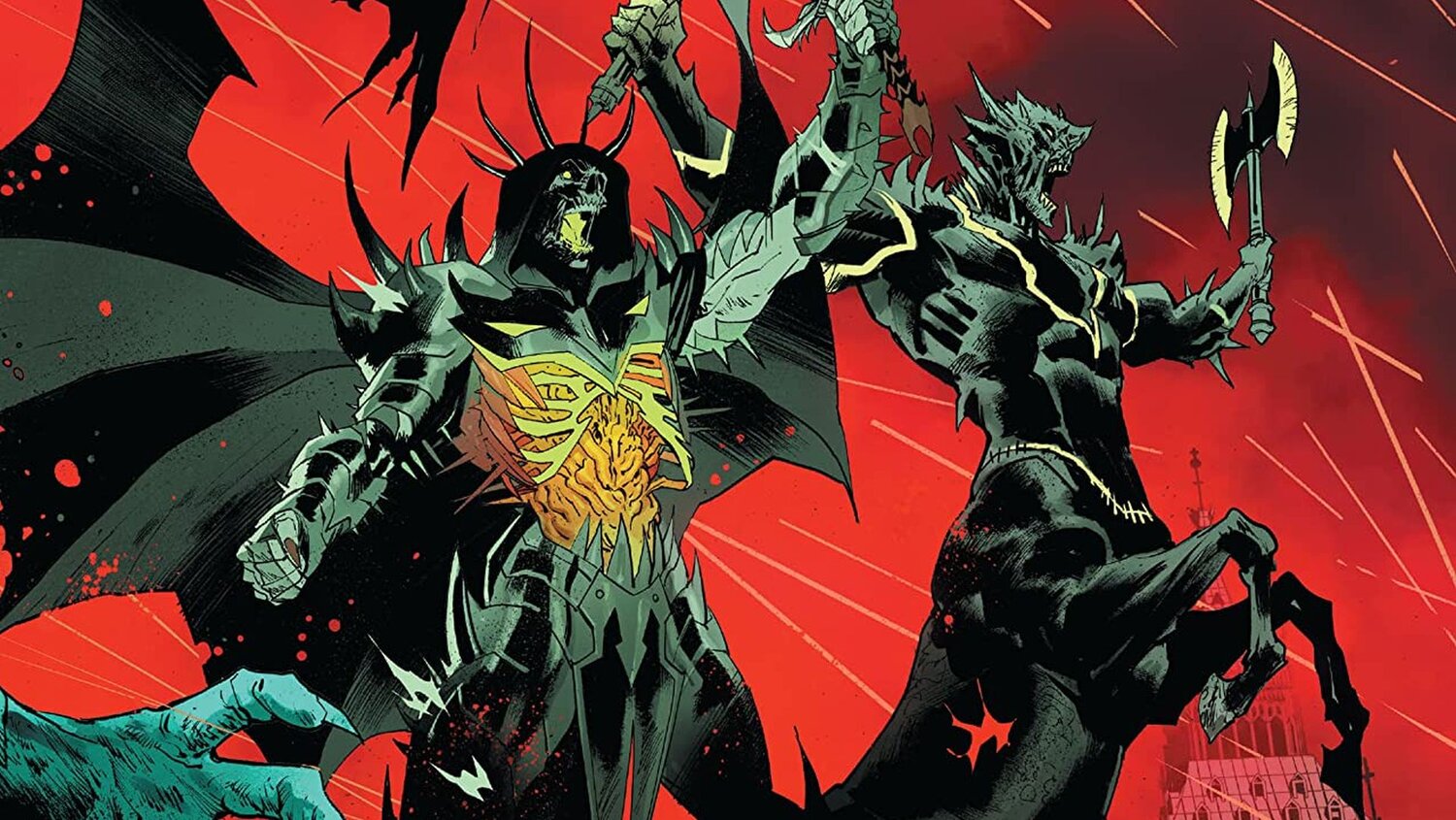 At the end of issue 16, we were in a mess. Well, the government guys go to shoot Mary (aka Nimue and Elaine) and Galahad. Mary calls out to Lancelot that Galahad is his son and so he protects them. At this point, a dragon appears because why not. Now, we already knew there was a dragon, it was just sleeping at the time. It’s awake and starts fighting Lancelot. One of the government guys dies and the other is just confused and in shock at everything happening. This is an understandable reaction I think. Oh, and Galahad runs off with Mary.

Mary sends Galahad back so he can retrieve the Grail and then contacts Merlin who knows about the stories and everything. He doesn’t break the stories, but is hoping to be able to change the outcomes so that he doesn’t vanish. It’s an interesting level of self-awareness. Mary is pissed though since Galahad no longer resembles her son and doesn’t even remember her. This apparently also has to do with her taking on so many roles.

Galahad is the first to the Grail and Duncan tries stopping him. Rose even shows up with a shotgun to help, but alas he gets away. They all see the dragon seemingly vanquished with Lancelot’s blade embedded in it. Well, Rose doesn’t like that the dragon seems so sad and weak, and while everyone else is talking, she goes and freaking pulls the sword out of the dragon. This clearly wins some favor with the dragon who then lets them ride it to chase down Galahad the centaur.

I think them having a dragon greatly increases their chances of winning, but I’m not entirely sure what the endgame really is at this point. Merlin and Arthur want the Grail to survive and Duncan wants the Grail to stop them from plunging the world into a living hell. What’s going to prevent this from happening again in the future though? I also don’t think we’re close to the end. I think there’s quite a bit more left to the story, I just don’t know where it’s going. I want to think Arthur will get the Grail and then Duncan has to put an end to him again, but maybe I’m wrong. What do you think is going to happen?