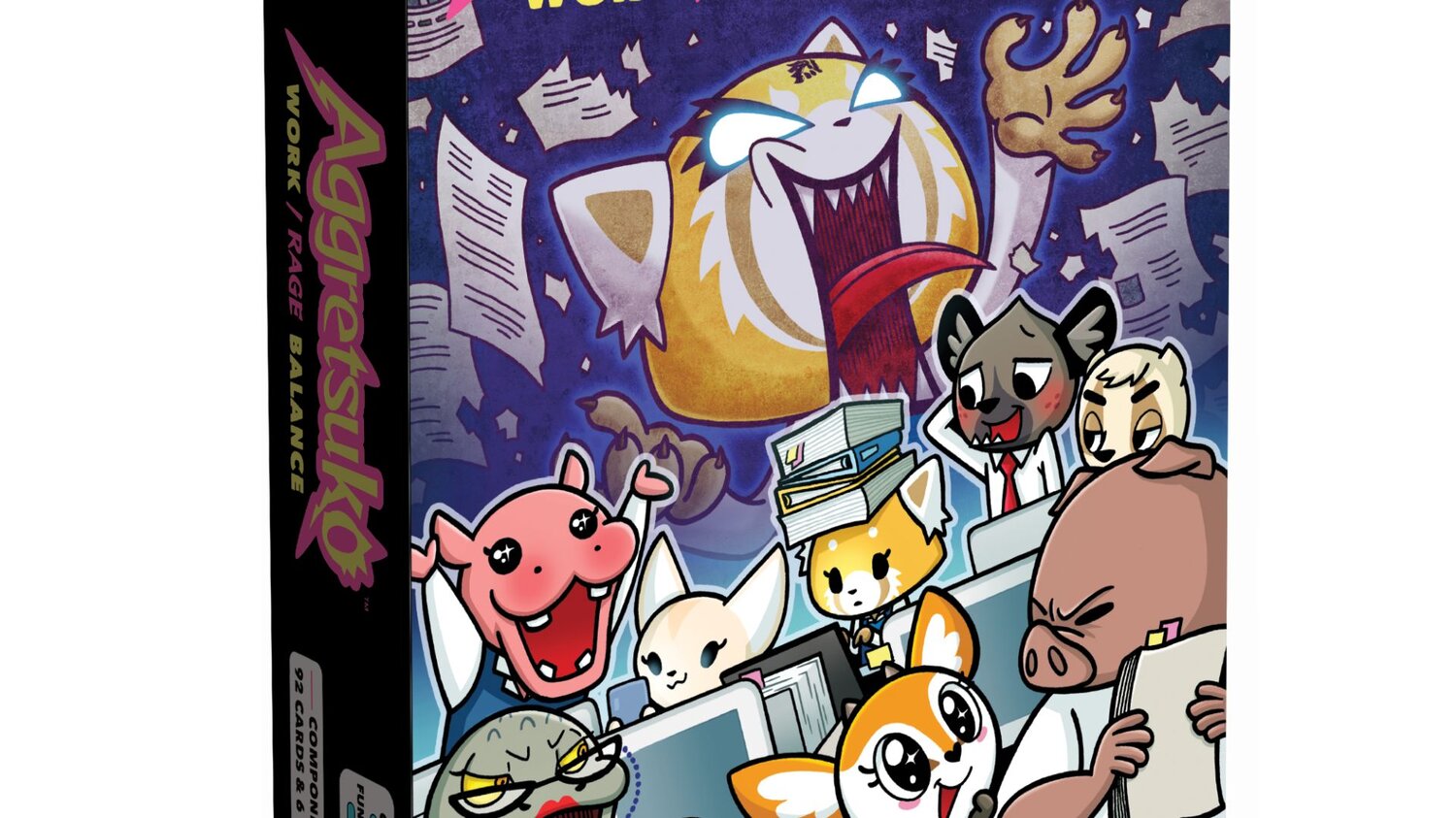 Aggretsuko is an interesting anime about a red panda who relieves stress by singing metal karaoke. Renegade Game Studios has teamed up with Oni Press and Sanrio to bring fans a new card game called Aggretsuko Work/Rage Balance. This game sounds like so much fun! You play one of the mild-mannered office workers, but when you get frustrated, you rage and go metal! What more could you want?

Aggretsuko is a fast-playing card game for 3-6 players, where each player takes the role of a mild-mannered office worker trying to get through their work each day. If a worker becomes frustrated, they can RAGE to let out their inner heavy-metal rock star. RAGING will provide some much-needed relief from the daily grind, but it may have consequences later on.

The first worker to complete all of their work ends the day. The others must count up the cards left in their hands and record the extra hours that they owe the company. If they have too much work left, they may even have to put in overtime!

Aggretsuko Work/Rage Balance is set to release in Spring 2021 and is open for pre-orders now for $20.