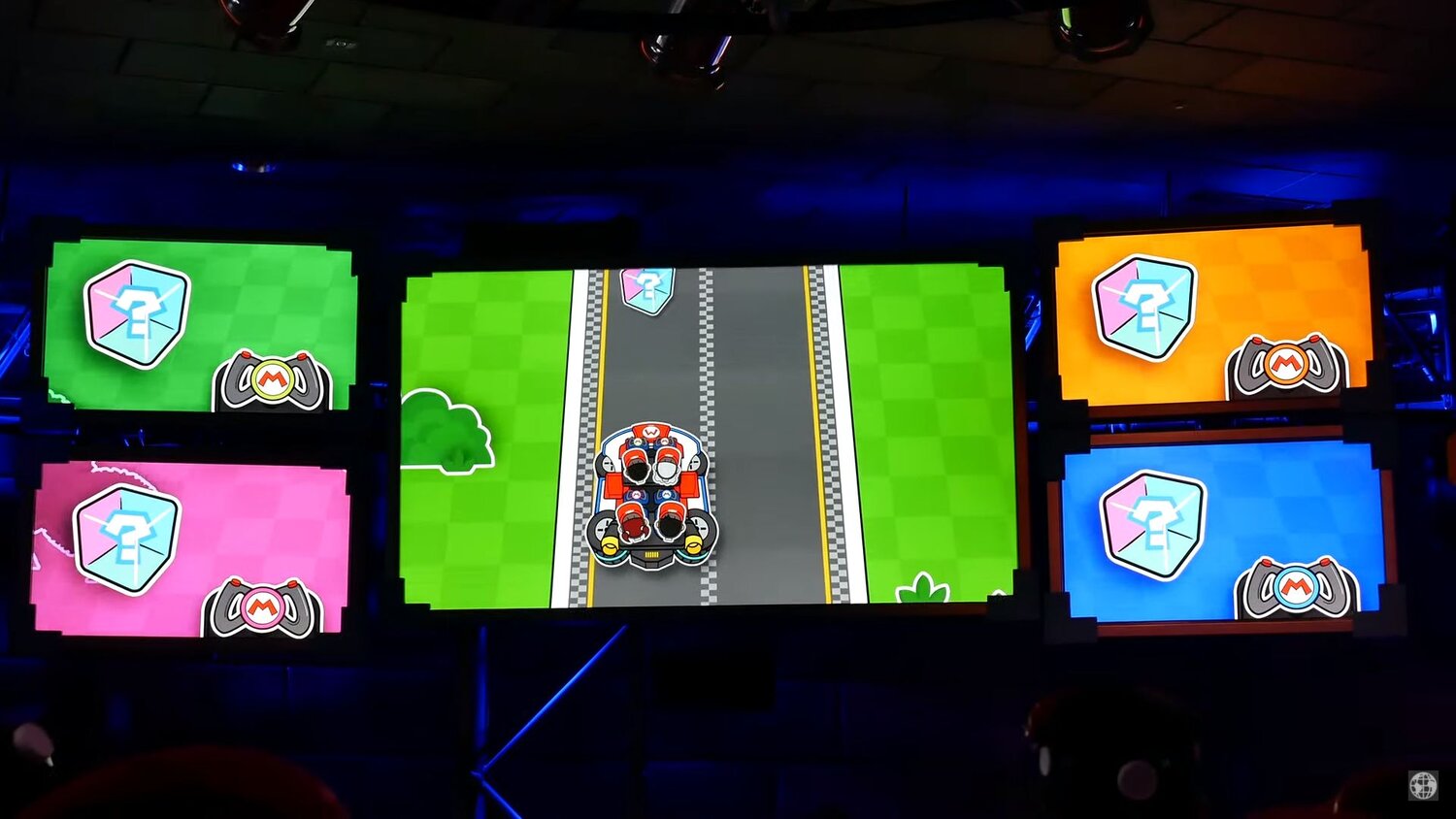 If you live in Japan, you could be one of the lucky people to be able to attend Universal Studios Japan and Super Nintendo World within. Well, you’ll be able to go once things are under control and Osaka is no longer under a state of emergency. The embargo for early coverage has been lifted apparently, and Universal Parks News Today recently shared a video showing off the entirety of the Mario Kart: Koopa’s Challenge attraction. This is one of the key rides for the park where attendees will don AR goggles and then go around on a track making them feel like they’re playing Mario Kart.

This could be a lot of fun, and let’s face it, there’s no way that a camera stuck in an AR headset could actually capture the experience. I know it doesn’t look the best, but I imagine that it’s better when you’re actually doing it, just like any other amusement park ride.

In addition to the ride at the end of the video, we get to see that as you wait in line, you’ll get to go through a recreation of Bowser’s Castle which looks freaking awesome. I’m not normally one for amusement parks, but I really want to go visit Japan now to go to one. Super Nintendo World will open eventually.