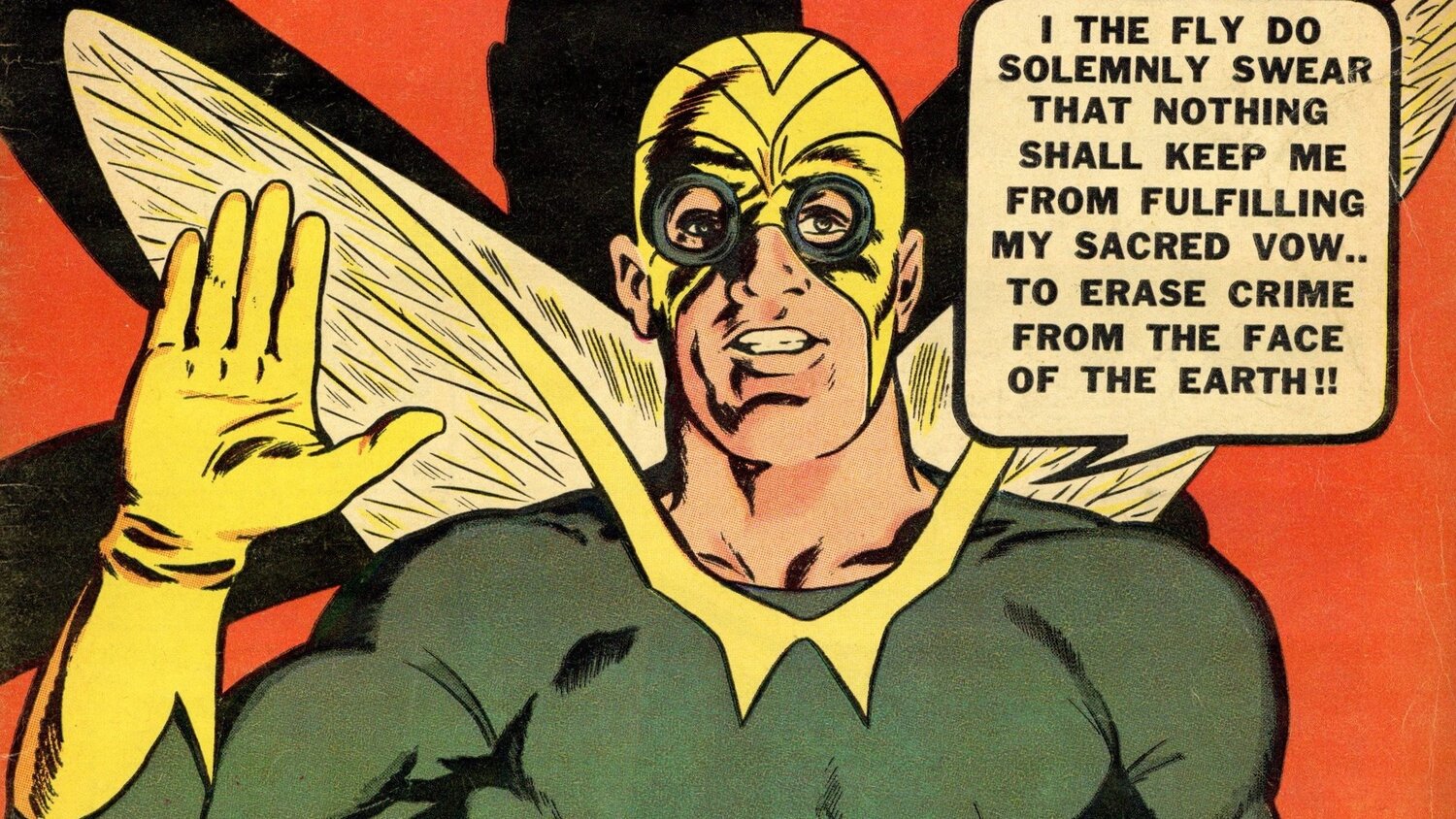 On a recent episode of Kevin Smith’s FatMan Beyond, the filmmaker talked about some old correspondence he recently found regarding some unproduced film projects that he was working on. One of those projects was an adaption of The Fly comic, which would have starred Chris Rock.

This was way back in the year 2000 and in a letter dated April 3, 2000, Smith shared that he was offered a job to rewrite and direct a script based on The Fly, which is not connected to the sci-fi horror franchise. The letter read:

“The script is inspired by a 1959 comic book of the same name by Joe Simon. As you know, Chris Rock is interested in starring. We are extremely excited about this movie which we see tonally as an action-comedy in the vein of Men in Black with a dose of social commentary that makes it totally unique. The script currently is a bit broad, both we and Chris would like to make the comedy smarter and subtler. We’d also like to better define the world and the rules of the spider and fly people. More importantly however we’d like to know what Kevin Smith thinks.”

Smith followed that up with commentary on the letter, saying:

“I could have made a fucking Joe Simon comic book movie in the year 2000, ten years before this shit was popular again, with Chris Rock as my lead! Who knew! …Why they came to me I have no fucking idea, again because I was the person that talked about comic books.”

Joe Simon and Jack Kirby’s The Fly was originally a part of the “Archie Adventure Series” from Archie Comics. Here are some details on the comic:

Tommy Troy was an orphan hired by Ben (or Ezra) and Abigail March. Late one night, he tried wearing a ring with a fly-shaped emblem he found in their attic. The Marches were wizards, and the ring summoned Turan, one of the Fly People.

Turan explained that, ages ago, the Fly People ruled the Earth. They used magic in their wars, in the ultimate one of which they reduced most of their population to common houseflies. Only a few Fly People managed to escape to another dimension, where they waited for “one person… pure of heart” to fight crime and greed, which were their own downfall. Tommy was that person. By rubbing the ring and saying “I wish I were the Fly,” he exchanged bodies with the other dimension and became a costumed adult superhero. To return to his own identity, all he had to do was utter his name.

The Fly was dressed in a predominately dark green leotard with yellow shorts and belt and a yellow over-the-head mask. A pair of goggle-like eye pieces covered his eyes and a set of “wings” were built into the collar area. Originally the wings were small decorations; when the character became capable of flight, the wings became larger and somehow fully functional.

The Fly was one of the few 60’s superheroes who carried a holstered weapon. The Buzz Gun, so named from the buzzing noise made when activated, was a handgun capable of dispensing non-lethal tranquillizer darts or stun rays, depending on setting.

That probably would have been an extremely fun flick! I would have loved to see what Smith and Rock would have done with it.