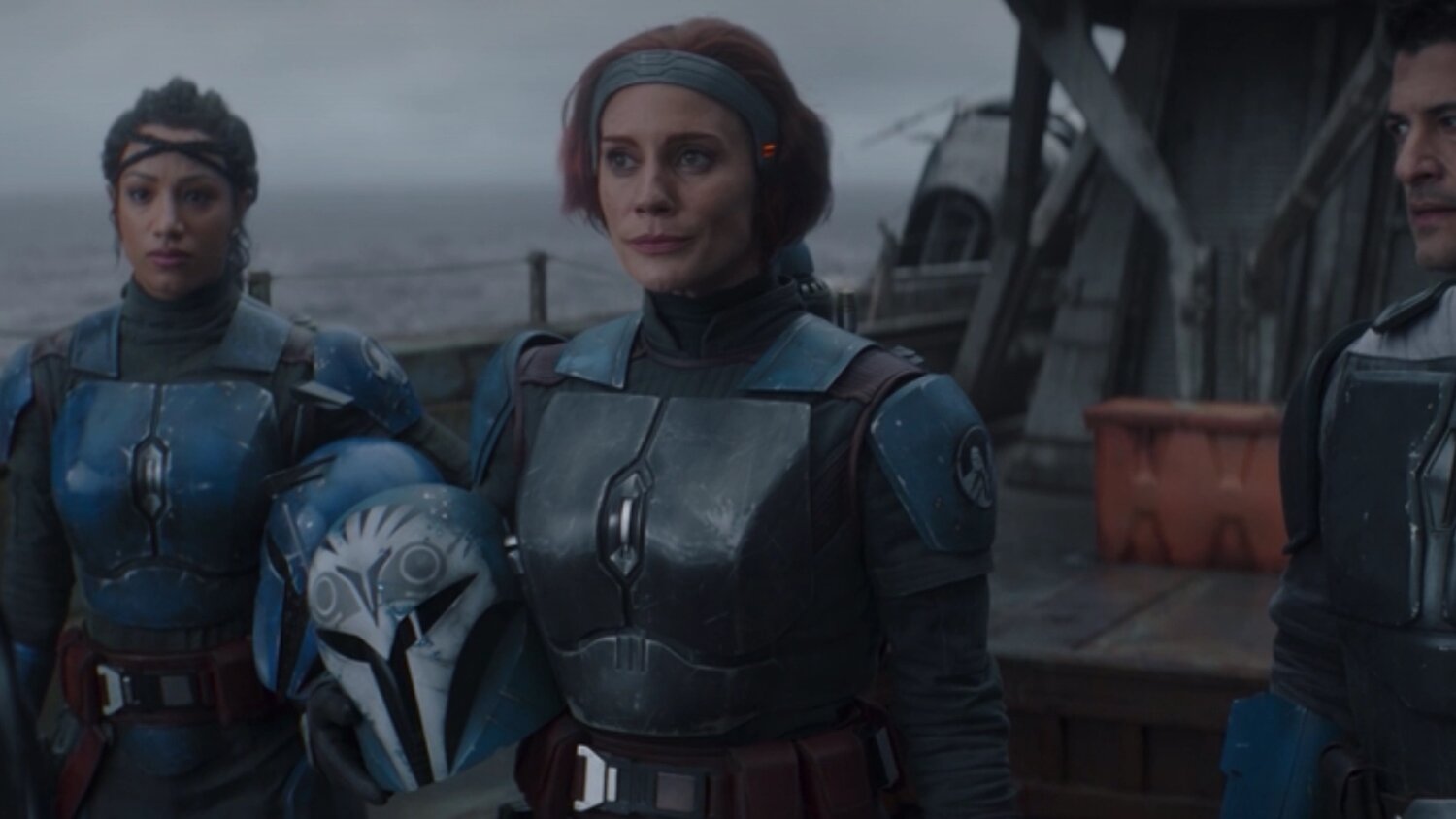 The introduction of Bo-Katan in The Mandalorian Season 2 was pretty darn exciting. I loved that Katee Sackhoff, who voiced the character in Star Wars: The Clone Wars, got to bring the character to life in live-action as well. She was great, and with the way Season 2 came to an end, I can’t wait to see what’s in store for her story arc as the show continues.

In a recent interview with Looper, Sackhoff was asked about what’s in store for Bo-Katan moving forward and where she would like to see the character go. She said:

“I honestly wish that I could tell you that I knew something. I really don’t know. I know where we ended and that’s all that I have. I can only use my imagination and hope that we see some pretty cool stuff, but I have no idea.”

Jon Favreau, Dave Filoni, and the creative team are probably still hard at work writing Season 3, or at least polishing up the scripts. While she isn’t sure what’s in store for her characters future, she does share what she hopes to see!

“Oh my gosh. It’s hard to say because she started in a place that was… She wasn’t necessarily on the right side of things. She thought she was. I think she’s always had her people in mind. But her growth to get to where she’s at has been quite dramatic. When you are the second born and your sister is ruling, you never dream that you’re going to have to take this job. Because the idea that she would no longer be with us is unthinkable. And then that happens.

“So how do you take a person who is trained as a warrior, who never thought that they would have to lead nor wanted to lead, and get them to a place where they have to lead because it’s for the people? And I find that to be so interesting, because I think that she is a warrior at heart. That’s who she is. That’s who she’s always been, and we haven’t seen that part of her yet. I want to see why she thinks she’s the right ruler, and how far she’ll go, and what that looks like.

“Just because you think you’re right and just because you think you’re the right person to rule, that doesn’t mean you actually are. So I want to see that struggle because if she really does care about her people, she may not be the right person. I think there are so many different places to go, so we’ll have to see what those guys have in their minds.”

I actually like that angle with her character and it seems like something that might actually be explored for her. She’s certainly a complicated character, and it’d be great to see the story really dig into those complications.

What would you like to see from Bo-Katan’s character in The Mandalorian Season 3?