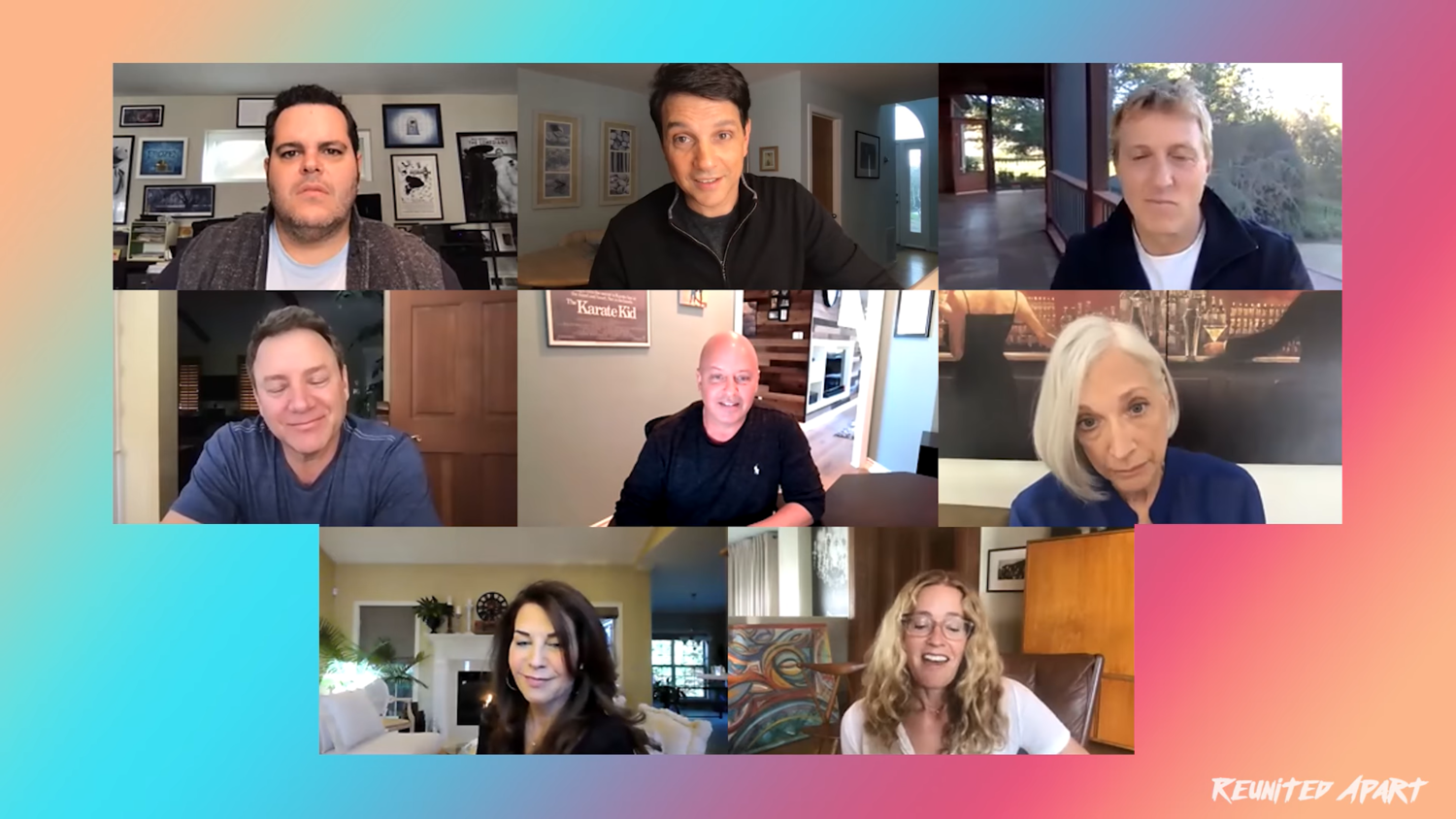 Josh Gad has started back up with his awesome web-series Reunited Apart, where we get to see some of the casts of our favorite 80s movies back together (virtually) to reminisce about making some of the greatest movies of our lifetime. This week, Gad got the casts and writers of The Karate Kid, The Karate Kid Part II, The Karate Kid Part III, and Cobra Kai back together to talk about the fantastic franchise that began in 1984 with the first film, and is still exciting today with the fantastic series Cobra Kai.

This whole episode of Reunited Apart is filled with so much fun and nostalgia, it’s just the thing we need to hold us over until January 8th, when season 3 of Cobra Kai hits Netflix. Check out the reunion below, and make sure you stick around to the very end for an awesome surprise.