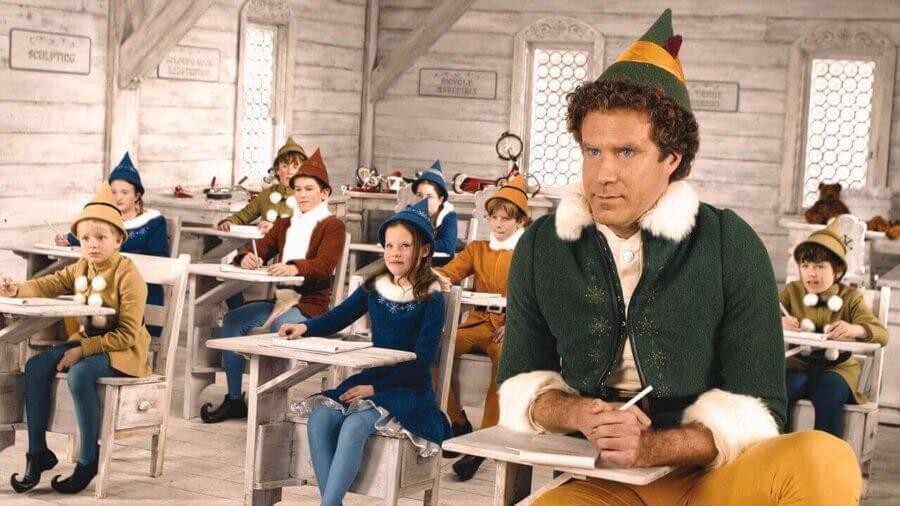 Elf has become one of the all time Christmas greats being a must-watch for many at Christmas. With Christmas once again on our doorsteps for 2020, will Elf be available to stream this year on Netflix? Let’s take a look.

Will Ferrell plays the role of Buddy the Elf who is a little different from all of the other elves in the North Pole. Once he starts questioning why he’s different, Santa sends him on a trip to New York City in search of his real father. The hilarity comes from the fact that Buddy isn’t very well adjusted for the big apple and chaos ensues.

Alongside Ferrell is James Caan, Amy Sedaris, Mary Steenburgen, Peter Dinklage, Artie Lange, and Daniel Tay. Without a doubt, this is probably the most popular Christmas movie currently available with only a handful of classics even close to rivaling it. It’s likely the reason that Will Ferrell pretty much stars in everything nowadays.

Is Elf on Netflix in the United States?

This year, Elf was streaming on Netflix but only over the summer. It arrived on Netflix on July 1st and then departed a month later in August 2020.

We’re not, however, expecting Netflix US to carry the movie for Christmas however. This is because Warner Brothers licenses outs its movies on short contracts but often keeps it either for themselves or for the highest bidder around Christmas when the license is most valuable.

Eventually, we expect the movie may find a permanent home on HBO Max but that doesn’t look like it’s the case just yet.

According to JustWatch, the movie is currently available on Starz.

The movie is also available on Netflix’s DVD rental platform. Just be warned, demand may be high this time of year, and consider postal times too.

Is Elf on Netflix in the United Kingdom, Australia or Canada?

Nope. Neither country is streaming it this year either.

In the UK, the movie isn’t available on streaming for Christmas 2020 as it only currently resides on VOD. It’s also not available via a streaming service in Canada either.

Netflix Australia was streaming the movie since December 2017 but is no longer available.

Is Elf on other Netflix Regions?

According to Unogs, the movie is streaming on multiple regions for 2020. In total 16 regions are streaming it currently with some including:

Elf will be featured in a new Netflix docu-series

All is not completely lost for Netflix subs this year without access, though.

On December 1st Netflix will be launching a new series that looks into a couple of your favorite Christmas movies, one of which is Elf.

The Holiday Movies That Made Us will cover the development, filming and reaction of both Elf and Disney’s The Nightmare Before Christmas.