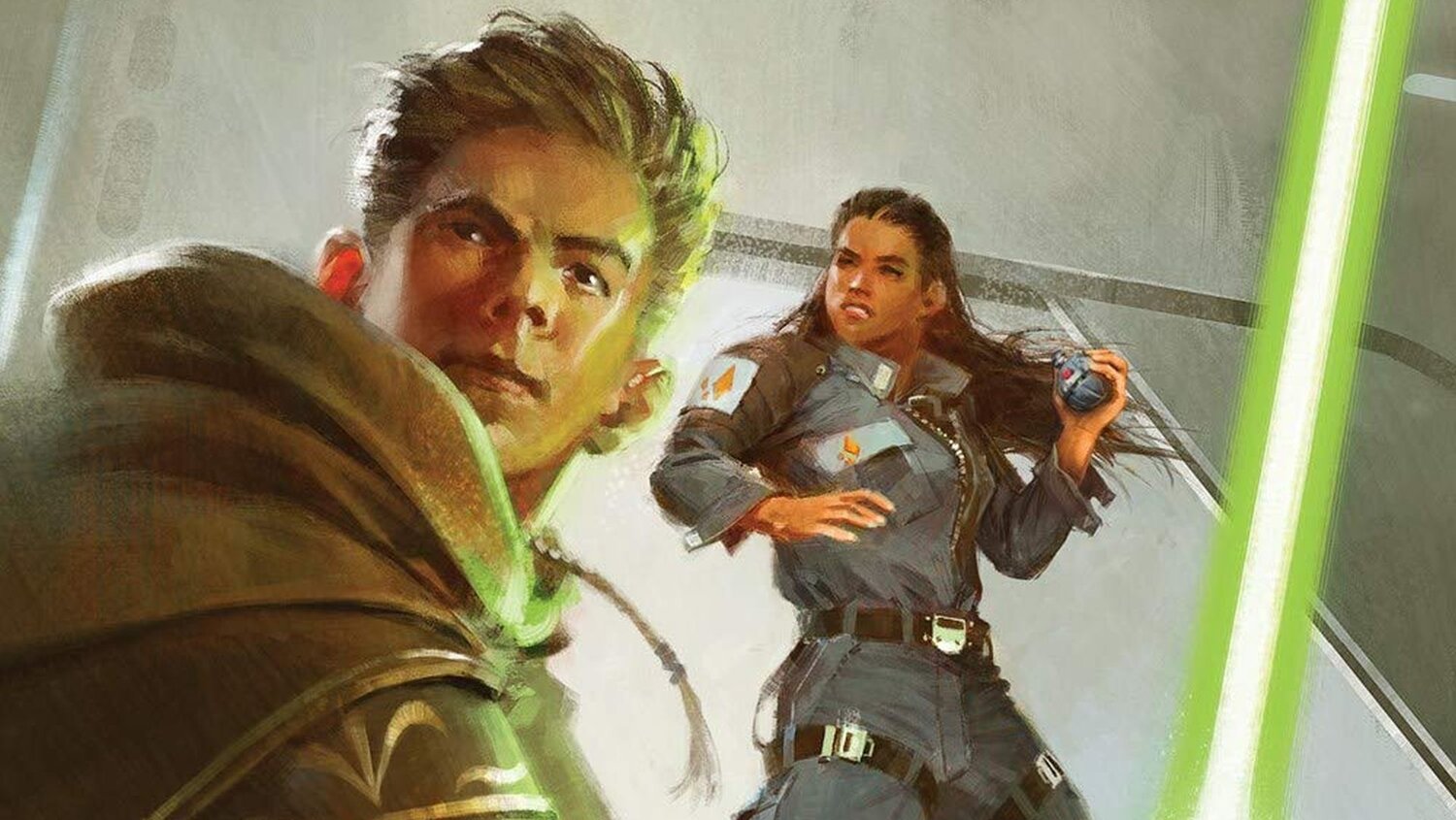 Last month, Disney Lucasfilm Press released the second novel in Star Wars: The High Republic. Into the Dark is written by Claudia Gray, and it tells a story that happens concurrently to Light of the Jedi. That being said, I would definitely recommend reading Light of the Jedi first even if it’s not necessary. If you haven’t read it yet, I’ll try to keep this review spoiler free, but you can grab your copy from your local book store, Amazon, or anywhere else you like to get books. Disney Lucasfilm was kind enough to supply me with a copy of the book for review.

Long before the First Order, before the Empire, before even The Phantom Menace…Jedi lit the way for the galaxy in The High Republic.

Padawan Reath Silas is being sent from the cosmopolitan galactic capital of Coruscant to the undeveloped frontier―and he couldn’t be less happy about it. He’d rather stay at the Jedi Temple, studying the archives. But when the ship he’s traveling on is knocked out of hyperspace in a galactic-wide disaster, Reath finds himself at the center of the action.

The Jedi and their traveling companions find refuge on what appears to be an abandoned space station. But then strange things start happening, leading the Jedi to investigate the truth behind the mysterious station, a truth that could end in tragedy…

Gray tells a very compelling and interesting story. Overall, I think she does a great job with it. Into the Dark serves as almost a dark mirror to Light of the Jedi. Into the Dark shows some of the more less than perfect sides to the Jedi and the Jedi Order as a contrast to Light of the Jedi which does a good job of showing how incredible and righteous the Jedi are. Now, Into the Dark doesn’t paint the Jedi as incompetent or bad, it merely shows more of how flawed the Jedi can be. The Jedi Order is definitely portrayed as a religion and I really appreciated it, especially as we saw takes on people questioning the Order, sometimes externally, but mostly internally. This also helps make it more understandable how the Jedi Order could go from its status in the High Republic to the more proud and arrogant ways of the Jedi Order in the prequels.

I also appreciate that with the frontier, there are people who aren’t exactly infatuated with the Jedi. Everything about the characters in this book feel very well written and very real. The settings are incredible. The villains are really interesting, especially since there’s more than just the Nihil.

The one problem that I did have with Gray’s storytelling was her use of changing characters. I enjoy this tool in certain circumstances, but I often felt like Gray switched between characters too fast. There are times when we stay with a character for a couple pages and then in the same chapter we’ll jump to another character for two paragraphs. I would’ve just preferred to stay with each character a bit more with fewer jumps.

I really liked Into the Dark. Overall, Gray does a fantastic job telling an interesting story even if she does jump around too fast for my taste. Each character gets to shine at some point. I love reading more about the High Republic and am excited to see where it leads.