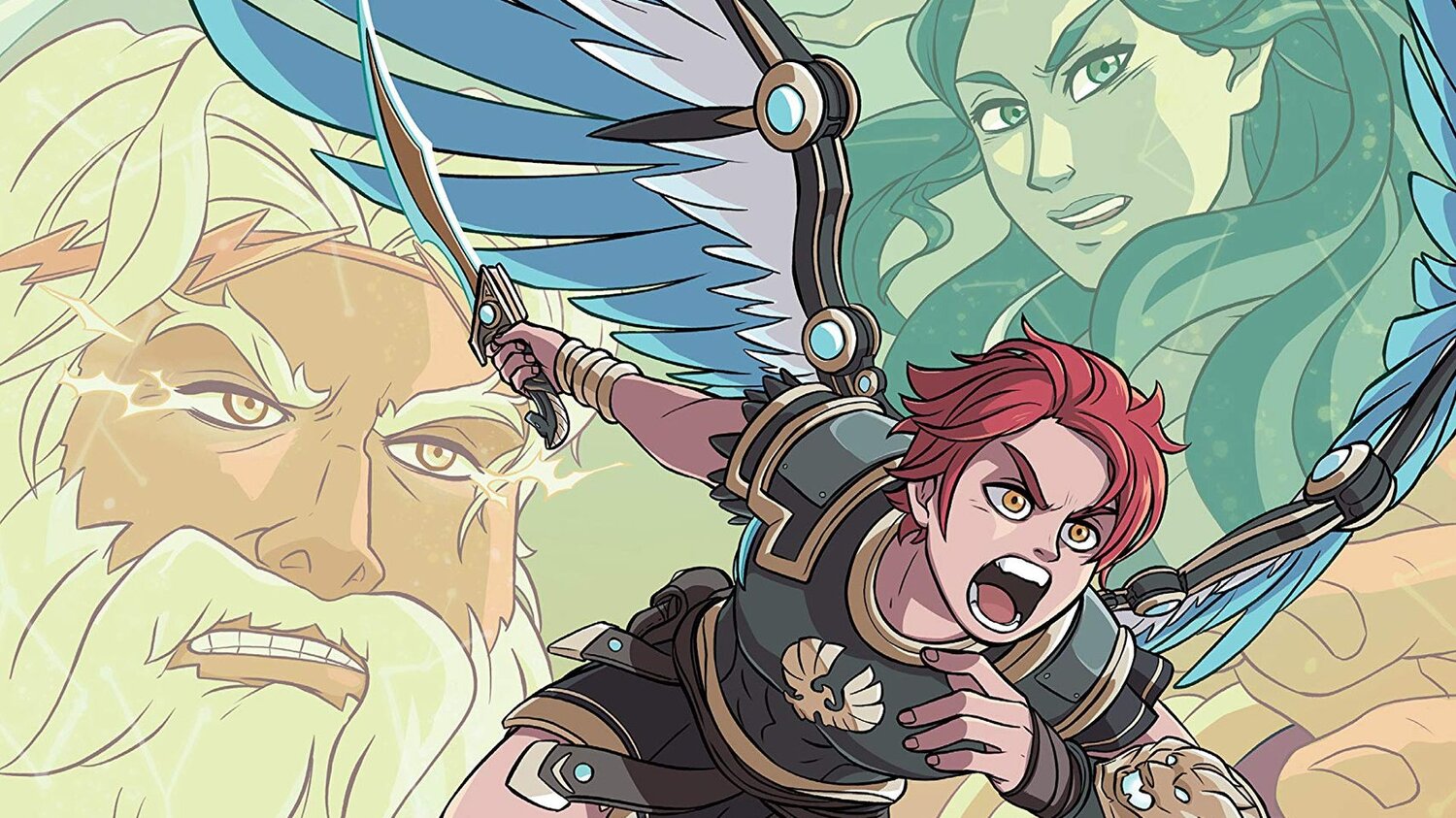 I think more people should be talking about the game Immortals Fenyx Rising from Ubisoft. Well, that may happen as Dark Horse Comics and Ubisoft are teaming up to release an all-ages graphic novel Immortals Fenyx Rising: From Great Beginnings. Written by Ben Kahn (Gryffen: Galaxy’s Most Wanted, Heavenly Blues) and illustrated by Georgeo Brooks (Solving Xandra), From Great Beginnings will provide a humorous and fun adventure exploring what it means to be a god in Greek mythology.

Fenyx enjoys her new life on Mount Olympos, but when her hometown suddenly gets hit by strange earthquakes, she has to investigate. Back at home, she reunites with her human father —to his shock, he learns that gods are real. Fenyx’s mom, who had kept her godhood under the radar, cautions her that such a life has its drawbacks and things get messy when Zeus makes an appearance. As the earthquakes continue to rupture the earth, dangerous creatures emerge, past foes return, old flames reignite, and history is once again in the making! It’s time for the gods to team up to fight as a family!

We’re thrilled to be collaborating with Dark Horse comics on the next chapter of Fenyx’s adventure. Ben and Georgeo tell this riveting tale with humor, heart and soul. Can’t wait to share it with all of you!

Fans will be able to read From Great Beginnings on September 22 from local comic shops while bookstores will have it on October 5. Pre-orders are now live at local stores, Amazon, and Barnes & Noble. The graphic novel will consist of 64 pages and will cost $12.99.