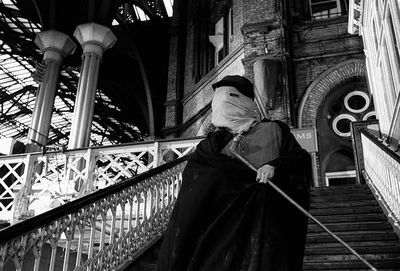 Shannon Murphy defies all coming-of-age and cancer movie tropes with one of the best films of 2020, a moving piece of work with a quartet of incredible performances that all bounce beautifully off one another. “Babyteeth” sounds like it should be a melodramatic mess on paper. Eliza Scanlen (“Little Woman”) plays Milla, an Australian 15-year-old who is startled by the arrival of a magnetic force of nature in the form of Moses (Toby Wallace) into her life. Moses is a drug dealer in is twenties, every parent’s worst nightmare. But Milla’s parents, played beautifully by Ben Mendelsohn and Essie Davis, are more forgiving of this troublesome chapter in their daughter’s life because it may be one of her last, as she fights cancer. Yes, it’s a coming-of-age and cancer movie, but there’s such grace and nuance in these four performances that it doesn’t matter. The final scene of this movie is one of the best of the year, a heartbreaking beauty that I will never forget.

It’s been fulfilling to watch the esteem for Claire Denis grow with each passing year. She’s been critically acclaimed for most of her career, especially after the 1999 release of this adaptation of Billy Budd, but it feels like the young generation of film lovers and critics have really embraced her over the last five to ten years, recognizing that she simply doesn’t make bad movies. I was lucky enough to be at an event that honored her at TIFF not long ago, and seeing the outpouring of love and admiration for her entire filmography was just inspiring. She jumps genres with such incredible confidence, and “Beau Travail” remains one of her most hypnotic and poetic films, even more so with this new digital 4K restoration. The release also includes a wonderful conversation between Denis and Barry Jenkins, along with new interviews and select-scene commentary. It’s one of the best Criterion releases of the season, and should push the admiration for Denis even higher.

“The Deeper You Dig“

I love how much the wonderful people at Arrow are willing to treat indie genre films like they’re widely-acknowledged classics. I don’t mean this as an insult at all, but I believe it probably cost more to make these Blu-ray collector’s editions than it did to actually produce “The Deeper You Dig,” a festival hit credited to “The Adams Family.” This truly was a family labor of love as it was written and directed by a husband/wife team, who then cast their daughter in a key role. It’s the story of a roadside accident, and the subsequent cover-up by the driver, leading to two haunted people: a mother haunted by the disappearance of her daughter and a man haunted by what he’s done. With effective indie filmmaking, this is an obvious cult classic in the making, and I kind of can’t wait to see what the Adams clan decides to do next.

One of the many things I loved about discovering David Lynch was seeing how distinctly different his first and second films were. After breaking through with the surreal experience that is “Eraserhead,” Lynch followed that up with a much more traditional drama that really made him a different kind of star. People forget how big a critical darling this film was when it was released, landing eight Oscar nominations, including Best Picture, Best Screenplay, Best Actor, and, yes, Best Director. (Sadly, it didn’t win any.) And I’ll always remember how much Roger Ebert dismissed this movie, barely giving it the time of day in his two-star review. As wonderful as it is to find old reviews of Roger’s that somehow feel like they’re speaking to how I feel about a movie today, it’s also fascinating to read his writing with which I strongly disagree. “The Elephant Man” may have been a bit overrated when it was released, but Roger’s review underrates its quality significantly in calling Lynch’s direction “competent.” Lynch is always more than “competent.”

Special Features
New 4K digital restoration
Director David Lynch and critic Kristine McKenna reading from Room to Dream, a 2018 book they coauthored
Archival interviews with Lynch, actor John Hurt, producers Mel Brooks and Jonathan Sanger, director of photography Freddie Francis, stills photographer Frank Connor, and makeup artist Christopher Tucker
Audio recording from 1981 of an interview and Q&A with Lynch at the American Film Institute
The Terrible Elephant Man Revealed, a 2001 documentary about the film
Joseph Merrick: The Real Elephant Man, a 2005 program featuring archivist Jonathan Evans
Trailer and radio spots
English subtitles for the deaf and hard of hearing
PLUS: Excerpts from an interview with Lynch from the 2005 edition of filmmaker and writer Chris Rodley’s book Lynch on Lynch, and an 1886 letter to the editor of the London Times concerning Merrick, by Francis Culling Carr Gomm, chairman of the London Hospital

There’s something I love about how much Scream Factory treats relatively hated films like they’re acknowledged classics. Yes, their big release of the season is the box set for “Friday the 13th,” but they’ve also recently released this collector’s edition for a movie that essentially bombed and critics hated. This 2002 flick is about an Italian luxury liner that went missing and reappears four decades later just in time for Gabriel Byrne and Julianna Margulies to check out its ghosts. Roger Ebert’s review of this one really sums it up well: “Is the film worth seeing? Depends. It breaks no new ground as horror movies go, but it does introduce an intriguing location, and it’s well made technically. It’s better than you expect but not as good as you hope.” Exactly. And I love that “better than you expect” can be good enough for a collector’s edition this lavish and loaded with bonus material. Sometimes that’s all a horror fan needs.

A big movie! Available at home! 2020 will always be remembered as the year without blockbusters, and part of that story will be how studios like Disney and Warner Brothers handled what should have been two of the top twenty films of the year. WB pushed “Tenet” into theaters, but Disney went another route, dropping “Mulan” on a premium tier of Disney Plus, forcing subscribers to pay more to include it in their library before it eventually ends up on the streaming service’s general platform. Between that Disney Plus Plus launch and the regular streaming service, the company is making the film available to other streaming outlets starting this week, and making the offer more enticing by issuing new special features for it, including deleted scenes, featurettes, and music videos. It’s ALMOST like a physical release (although that doesn’t appear to be in the cards for this one yet, and we realistically have to wonder if Disney physical releases are now a thing of the past).

The Criterion Collection LOVES Jean-Luc Godard. Of course they do. They’re a collection devoted to the most important films and filmmakers of all time, and Godard is now reaching the level of people like Ingmar Bergman, Akira Kurosawa, and Agnes Varda, filmmakers with almost their entire careers in the catalog. To be fair, there are still a lot of late period Godard films missing, like his recent work, but the early stuff is all over both the physical and streaming Criterion catalogs. What’s most surprising is that it took this long to get a Blu-ray edition of 1965’s “Pierrot le Fou,” Godard’s tenth feature film, and one of his most acclaimed and beloved.

Special Features
New 2K digital restoration, with uncompressed monaural soundtrack on the Blu-ray
Interview with actor Anna Karina from 2007
A “Pierrot” Primer, a video essay from 2007 written and narrated by filmmaker Jean-Pierre Gorin
Godard, l’amour, la poésie, a fifty-minute French documentary from 2007, directed by Luc Lagier, about director Jean-Luc Godard and his work and marriage with Karina
Excerpts of interviews from 1965 with Godard, Karina, and actor Jean-Paul Belmondo
Trailer
PLUS: An essay by critic Richard Brody, along with (Blu-ray only) a 1969 review by Andrew Sarris and a 1965 interview with Godard

The legacy of Stephen King adaptations is a rocky road of quality. There are undeniable classics like “The Shining” and “The Shawshank Redemption,” but there was a large chunk of history when a new King book meant a new mediocre mini-series in about a year. His brand has improved recently with Mike Flanagan and prestige projects like “The Outsider,” but this fun set collects some of the movies and mini-series between Kubrick and Flanagan. It’s basically a collection of what Paramount owns, which includes the excellent “The Dead Zone,” which hadn’t been on Blu-ray in the U.S. until this release, believe it or not. That’s the big draw here, along with the underrated TV adaptation of “The Stand,” which is getting a new version at the end of this year on CBS Press Express. The other films are “Silver Bullet” and both versions of “Pet Sematary” (stick with the original).

Most GKIDS Blu-rays are a reason to celebrate, but especially the work of Makoto Shinkai, who directed one of the best animated films of the ’10s, “Your Name.” His follow-up may not be as effective as that film, and has an arguably weird theme about climate change denial, but it’s best experienced visually, allowing Shinkai’s lush animation to wash over you in Blu-ray quality (and his underrated sound design). There’s also a lengthy documentary about the making of the movie on this release, one that reminds people that GKIDS really just takes these projects more seriously and professionally than anyone releasing animation that’s not been produced by the Hollywood machine.