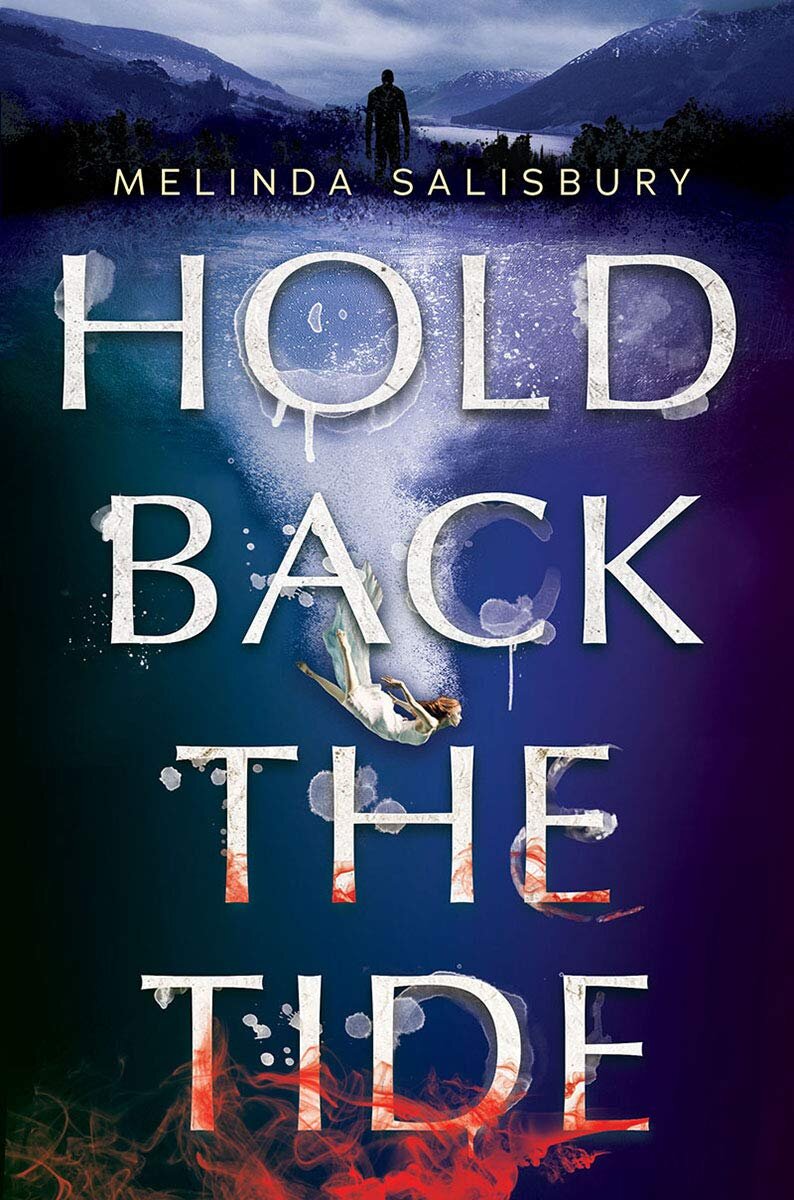 Hold Back the Tide by Melinda Salisbury is a tight and engaging young adult thriller that isn’t super scary but will leave you feeling disquieted while you drift off to sleep. Set in a small, isolated town called Ormscaula in the Scottish highlands, Hold Back the Tide follows intrepid teen Alva, who lives in a lonely loch-side cottage with her father, known to have killed her mother ten years ago. She spends her time avoiding her father’s notice and plotting her escape. She helps her father in his work as guardian of the loch, an ancient, formerly vaunted hereditary position that has fallen into derision, a relic of a superstitious past.

The first section of the book is a domestic psychodrama. Salisbury deftly sets the scene, plunging you straight into Alva’s world; the loch is creepy, her father is gruff and forbidding, the villagers are vaguely malevolent. The world she builds feels tangible. Alva has few allies and even fewer friends, but she just has to survive unnoticed for a couple more days before she can escape to a new life outside Ormscaula. And then, suddenly, the book turns, trading the vaguely ominous atmosphere for real, palpable danger.

I don’t want to give too much away, but I will say that the book is very well-plotted while remaining surprising. Salisbury managed to zig when I thought she would zag, even when it came to plot developments that were heavily foreshadowed. Characters react in unexpected ways, the true villain of the story is a petty, spiteful creep, and the ending was not what I expected. In the past few years I have developed a love of very plotty books. Especially with YA books, I often finish a book and think, “Where is the rest of the story? Nothing even happened!” That is not an issue with Hold Back the Tide. I was disappointed when it ended after a mere 384 pages only because I would have liked to spend more time in Ormscaula, not because the story was unsatisfying. My only real complaint is that I can’t quite figure out when it is set that both indoor plumbing and stagecoaches were de rigueur in remote highland villages, but not knowing whether it is 1890 or 1910 doesn’t really affect story at all.

Hold Back the Tide doesn’t come out in the US until January, but it is out in other English language markets, so if you are looking for a spooky and gripping read, you can pretty easily get your hands on a physical copy. (I like the UK cover a bit better than the US cover anyway. The US cover is more lurid.) Or you could pre-order the ebook or recommend it it for purchase at your library.

Everyone in this quiet lakeside community knows that Alva’s father killed her mother, all those years ago. There wasn’t enough proof to arrest him, though, and with no other family, Alva’s been forced to live with her mother’s murderer, doing her best to survive until she can earn enough money to run away.

One of her chores is to monitor water levels in the loch — a task her father takes very seriously. His family has been the guardian of the loch for generations. It’s a cold, lonely task, and a few times, Alva can swear she feels someone watching her.

The more Alva investigates, the more she realizes that the truth can be more monstrous than lies. And while you might be able to outrun anything that emerges from the dark water, you can never escape your past…