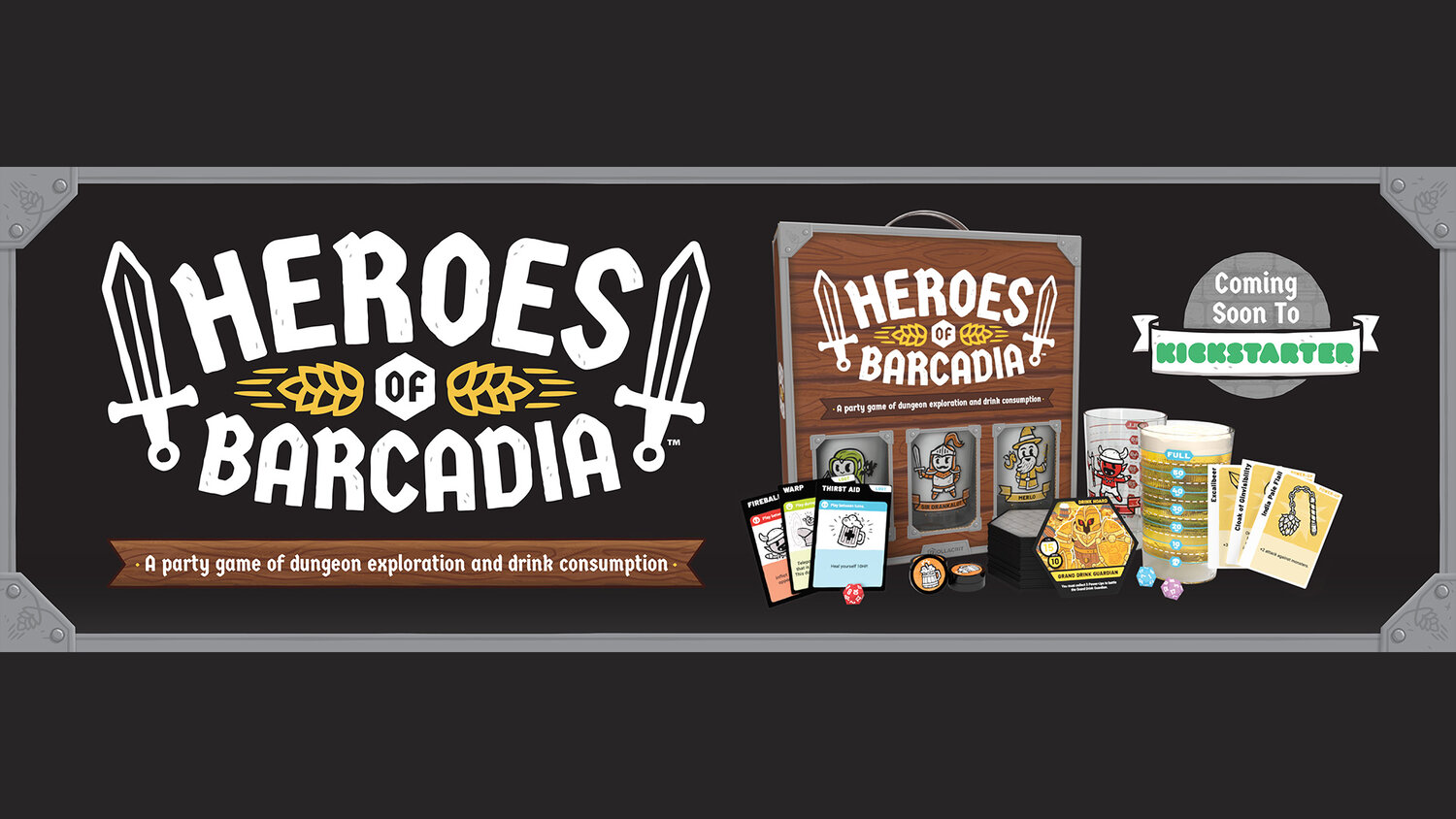 Rollacrit is a tabletop lifestyle brand and they recently announced that they’ll be launching a new tabletop game via Kickstarter. The game is called Heroes of Barcadia and sees the players exploring dungeons and defeating monsters to reclaim the Drink Hoard. An interesting idea is that a player’s health is measured by how much drink is left in their cup. That’s right, this is a drinking game for you and your buddies to enjoy.

Heroes from all across Barcadia have gathered to claim glory in the realm’s greatest drinking competition! Alas, on the eve of the festivities a band of monsters stole all the drinks and hoarded them somewhere in a perilous, sprawling dungeon! Do you have what it takes to outmaneuver your opponents and become the hero who reclaims the precious Drink Hoard?

We’re not sure when the Heroes of Barcadia Kickstarter will launch, but you can sign up for updates on the Rollacrit site.