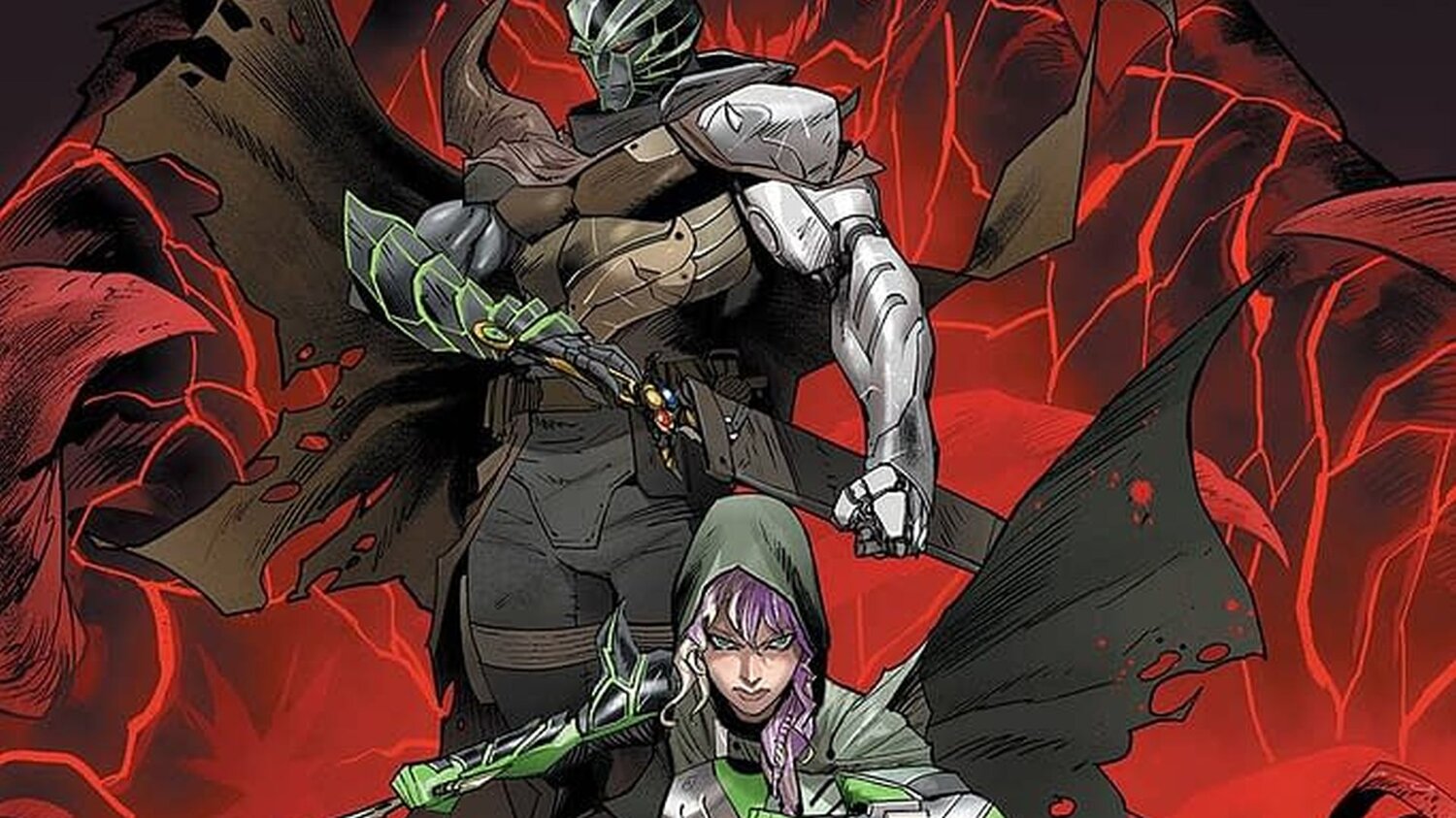 At the end of the month, BOOM! Studios will be releasing the origin story of Astronema, a fan-favorite villain from Power Rangers In Space. The oversized special issue Power Rangers Unlimited: Heir to Darkness #1 is written by L.L. McKinney, illustrated by Simone Ragazzoni, colored by Igor Monti, and lettered by Ed Dukeshire. We have our first look at the contents of the comic and I am so excited for this. Seeing Astronema act more like an assassin is so freaking awesome! Also, does anyone know if the Rangers in the preview are from a Sentai series? If so, which one?

Astronema is one of the most popular Power Rangers villains ever and her true origin is revealed for the first time in a one-shot directly connected to the events of Mighty Morphin and Power Rangers! Before she became a Power Ranger, a young girl named Karone was kidnapped by bounty hunters and brainwashed into the assassin known as Astronema by two of the greatest threats in the galaxy—Dark Specter and Ecliptor. But what is Dark Spector’s true plan. . . and what does it mean for the new Mighty Morphin & Power Rangers teams?

Fans will be able to read Heir to Darkness #1 on March 31 with a main cover by Dan Mora and variants from Jungeun Yoon, Vincenzo Riccardi, and Jenny Frison. Physical copies will be available through local comic stores with digital copies available through comiXology (affiliate link), Google Play, iBooks, and Madefire.