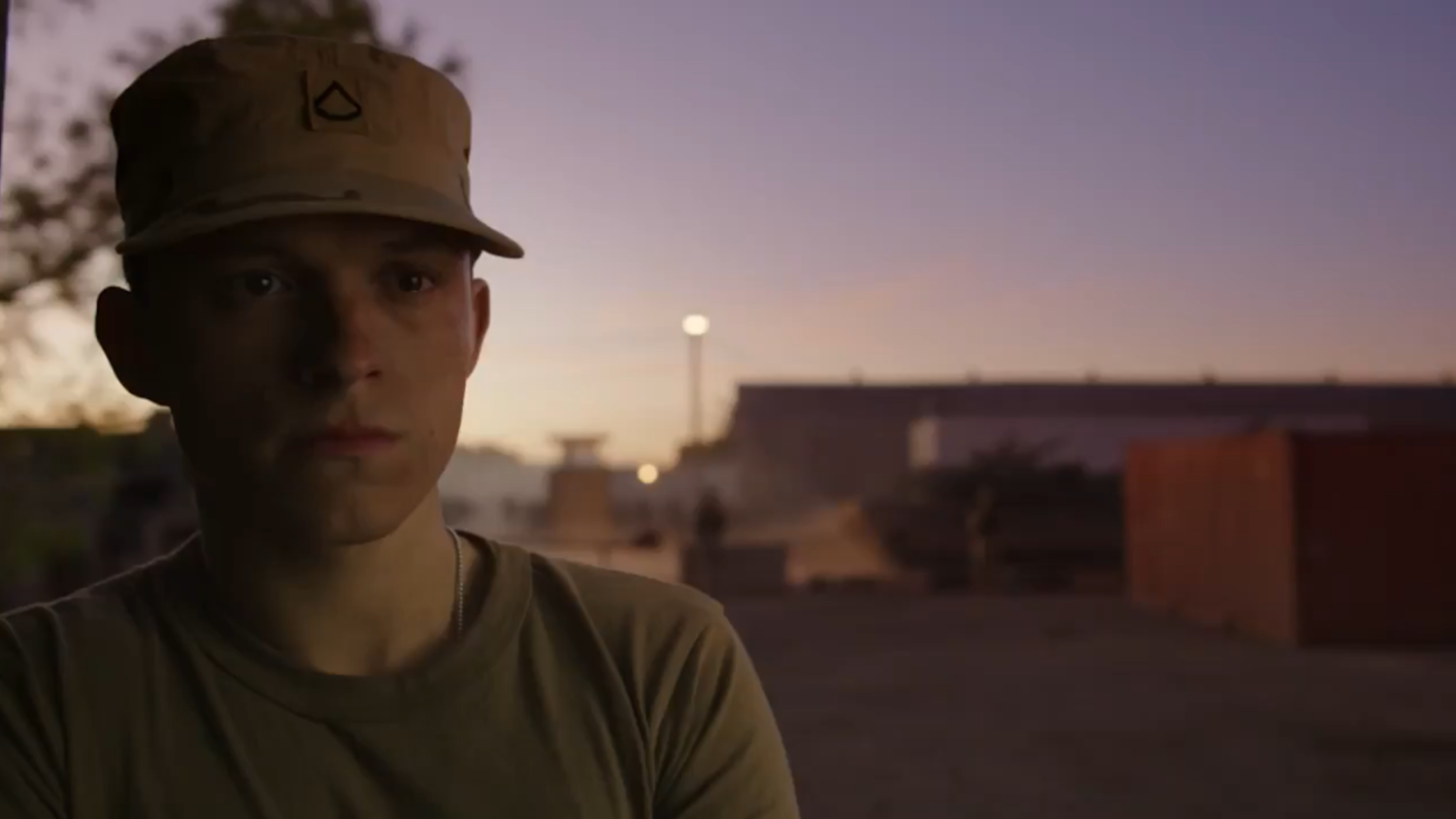 A new clip has been released from the film Cherry by the Russo brothers, who directed the upcoming biopic, based on the book by Nico Walker. Tom Holland (Spider-Man: Far From Home) stars in the film as Cherry, a young man who joined the Army after his girlfriend broke up with him. When she reconciles with him, it is too late to back out, and he is deployed.

In this scene, we see the toll that the war is taking on the character as he calls his girlfriend and hopes to escape back to her if for just a moment. Holland seems to have delivered a heart-wrenching performance in this film, and I look forward to watching it play out. Check out the clip below, and watch Cherry when it hits theaters on February 26th, and AppleTV+ on March 12th.