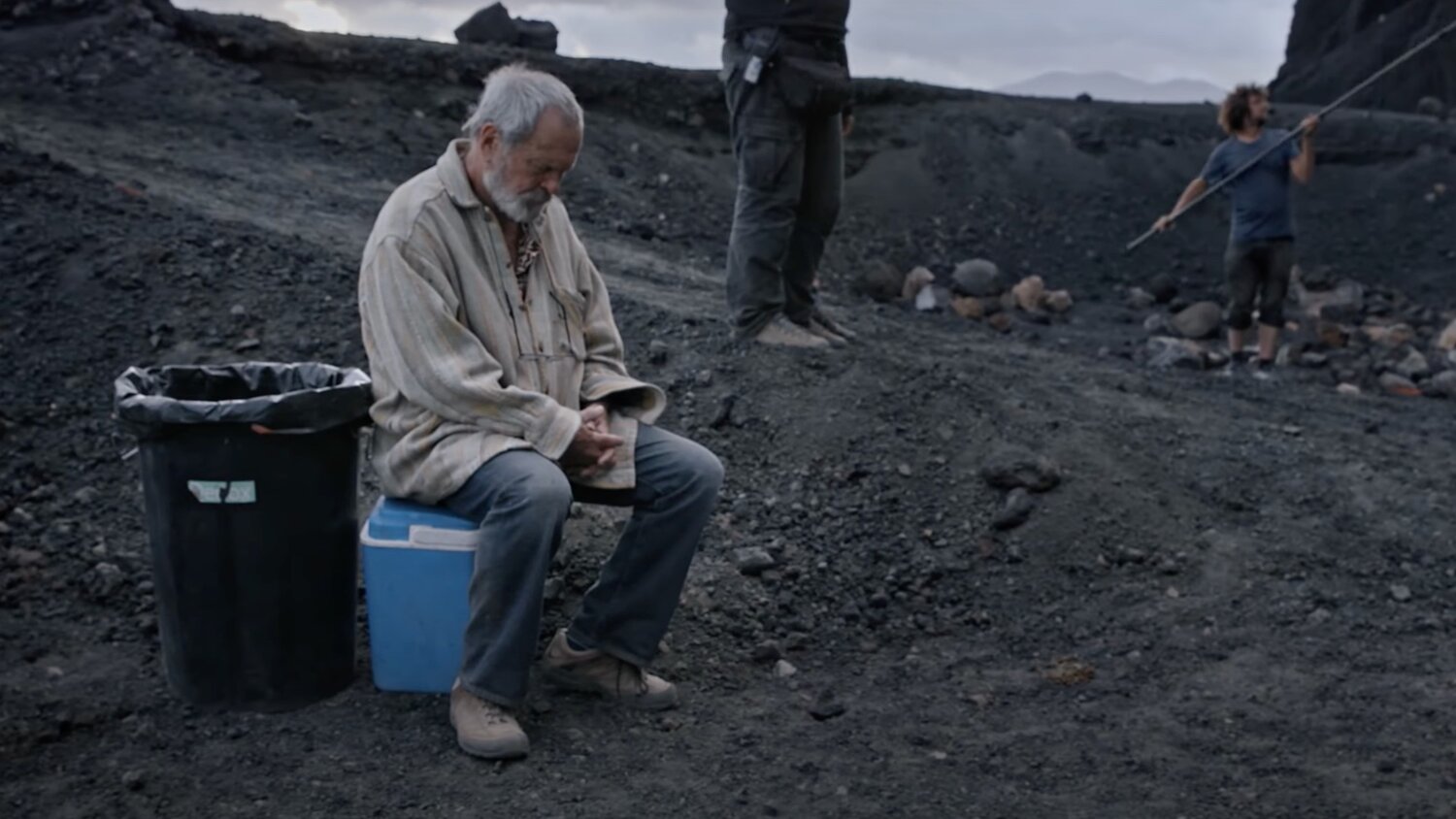 Blue Ginch Films has released the first trailer for a new documentary film titled He Dreams of Giants. The doc chronicles director Terry Gilliam’s long and epic journey of bringing his Don Quixote film, The Man Who Killed Don Quixote, to life.

This movie is kind of a sequel to the infamous filmmaking documentary Lost in La Mancha, which gave us a behind-the-scenes look at Terry Gilliam’s failed attempt to make his dream Don Quixote movie. It captured the project completely falling apart.

Gilliam did eventually finish his film in 2018, but it sure wasn’t easy and this doc will focus on that experience. Lost in La Mancha filmmakers Keith Fulton and Louis Pepe directed He Dreams of Giants and this is the synopsis:

For nearly 30 years, Terry Gilliam struggled to make a screen adaptation of Don Quixote, including an abandoned attempt chronicled in Keith Fulton and Louis Pepe’s 2002 documentary Lost in La Mancha. Terry Gilliam never gave up and neither did the documentarians. He Dreams of Giants represents the culmination of all their efforts in an epic and poignant portrait. We watch Gilliam bring all his talent, obsession and humor to confronting self-doubt, the pressure to compromise and the need to realize a long-held dream.

He Dreams of Giants will be released in the UK starting March 29th.