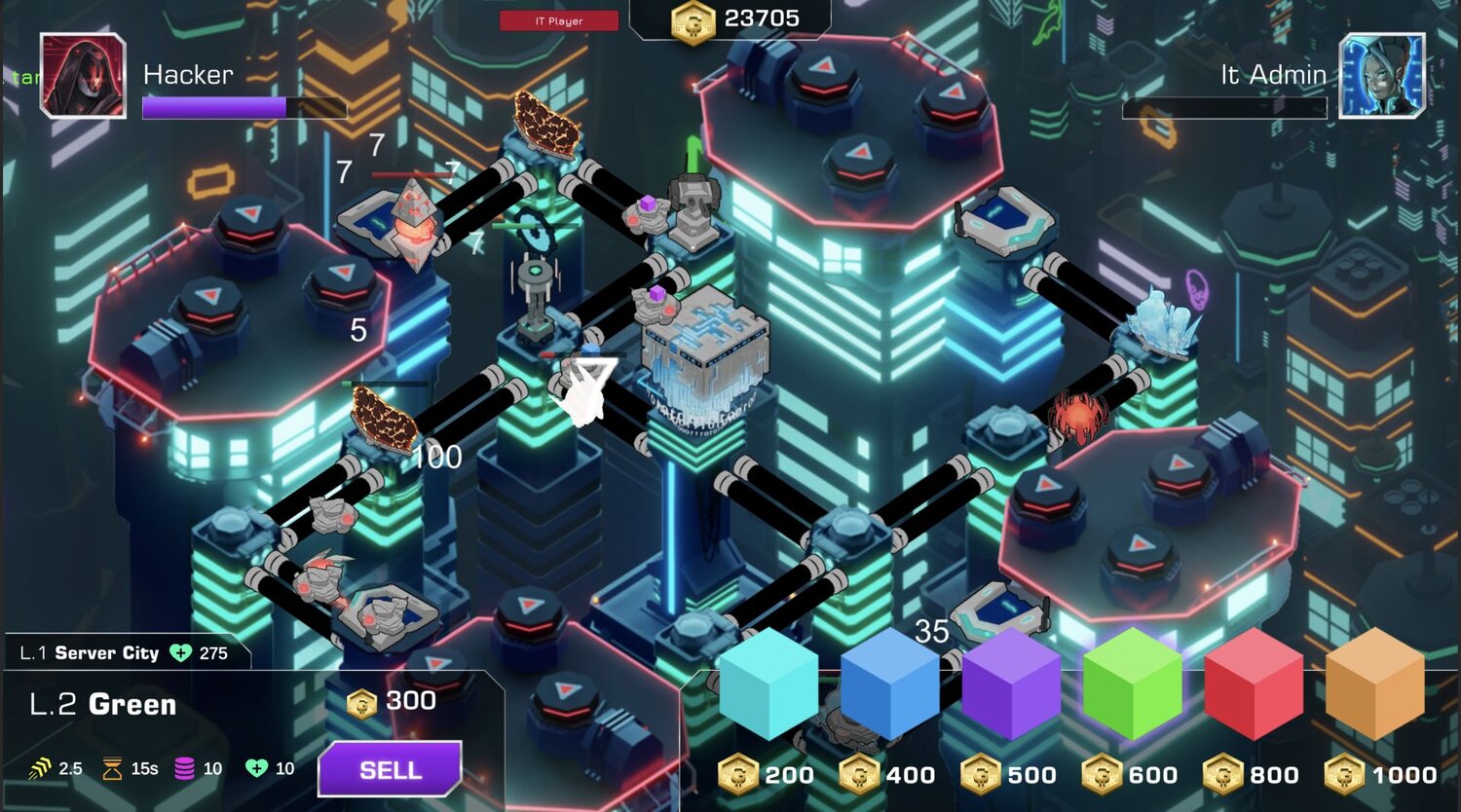 Hackerfield is a multiplayer strategy tower defence in a futuristic scenario. You can play as an IT admin and defend your server from the hacker’s attacks in a complete tower defence style or discover the new mechanic by attacking in a real hacker scenario.

In the game, Hackers can send Bots and Viruses to either steal information or deal damage respectively. A Hacker wins when they steal 100% of the data. Meanwhile, IT Admins have nodes, antiviruses, firewalls, routers, and more to help keep the data safe.

The current plan from the developer team Pizza Illuminati is to start with alpha and beta tests on PC and Mac, then do the public release on those platforms and Linux. The next step is to add Android and iOS devices before finishing out with Nintendo Switch, PS4, PS5, and Xbox consoles. I would definitely give HackerField a look over on Kickstarter. It looks fun.