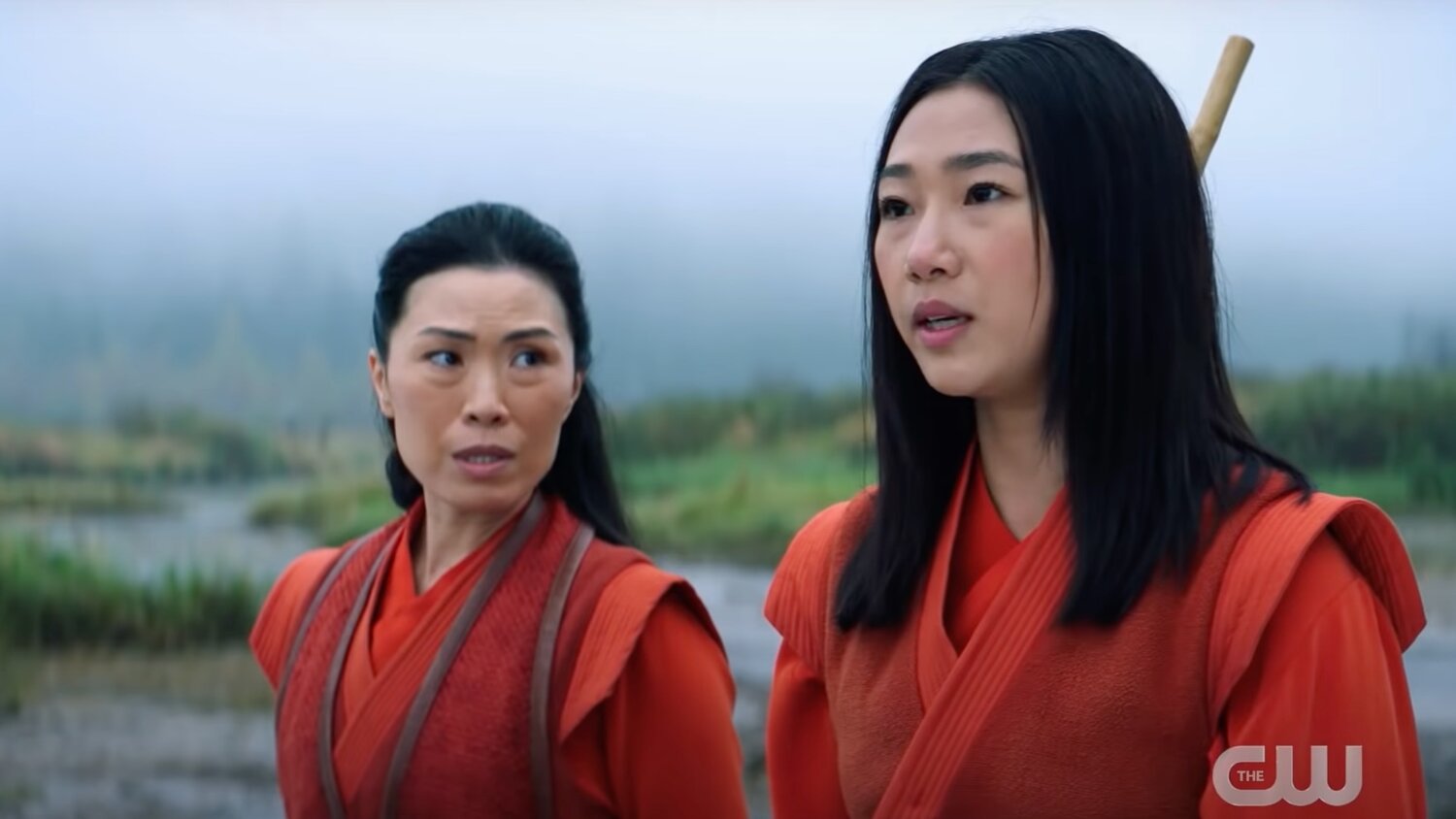 The CW has released the first trailer for its upcoming female-led reboot of the classic 1970s martial arts TV series Kung-Fu. The new series stars Olivia Liang (Legacies, Into the Dark, Grey’s Anatomy, and One Day at a Time) as a “Kung Fu butt-kicking hero.”

The series follows Nicky (Liang) “who is in a middle of a quarter-life crisis. This causes her to drop out of college and go on a life-changing journey to an isolated monastery in China. But when she returns to San Francisco, she finds her hometown is overrun with crime and corruption and her own parents Jin (Tzi Ma) and Mei-Li (Kheng Hua Tan) are at the mercy of a powerful Triad.”

As a result, she will rely on her tech-savvy sister Althea (Shannon Dang) and her fiancé Dennis (Tony Chung), pre-med brother Ryan (Jon Prasida), Assistant District Attorney and ex-boyfriend Evan (Gavin Stenhouse), and new love interest Henry (Eddie Liu) as well as her martial arts skills and Shaolin values to protect her community and bring criminals to justice…all while searching for the ruthless assassin Zhilan (Yvonne Chapman) who killed her Shaolin mentor Pei-Ling (Vanessa Kai) and is now targeting her. Ludi Lin will play Kerwin, who is heir to the billionaire Tan family fortune.

The Kung Fu reboot was created by Ed Spielman and Greg Berlanti, Martin Gero, and Sarah Schechter are set to executive produce the hour-long series. Christina M. Kim and Roberto Berens serve as executive producers and co-showrunners of the series.

Kung Fu is set to premiere on Wednesday, April 7th at 8/7c on The CW. Watch the trailer below and tell us what you think.