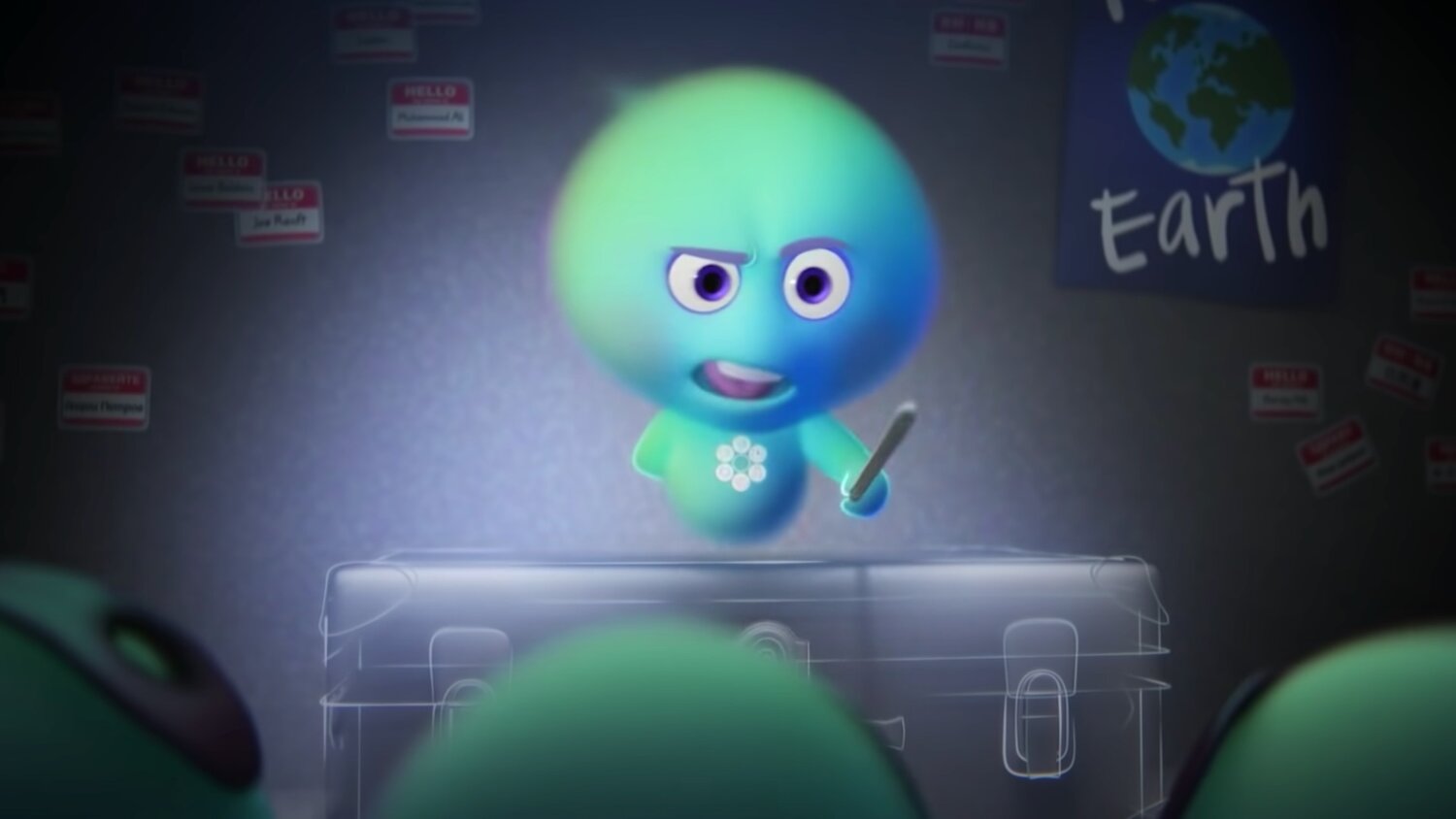 Last week Disney and Pixar announced that they were developing a new short film titled 22 vs. Earth, which would serve as a prequel to the hit film Soul. Today we have a new clip and poster to share with you!

In the short, “22 defies the rules of The Great Before and refuses to go to Earth, enlisting a gang of five other new souls in her attempt at rebellion. However, as her cohorts’ activities lead to unexpected results, 22’s subversive plot may actually lead to a surprising revelation about the meaning of life.”

The clip features 22 (Tina Fey) recruiting younger souls in a secret organization to help her prevent other souls from going to the “dumb planet known as Earth.” She calls her “unstoppable gang” the Apocalypse.

When talking about making this short film, Kevin Nolting, 21-year Pixar veteran and director of the short, said in a statement:

“While making Soul, we talked about the why of a new soul not wanting to live on Earth, but it didn’t ultimately belong in that movie. 22 vs. Earth was a chance to explore some of the unanswered questions we had about why 22 was so cynical. As a fairly cynical person myself, it felt like perfect material.

“I think the new souls make the short so fun—the contrast of their pure innocence and delight with the cynical expectations of 22. The other new souls are what 22 once was before she took another path—purely innocent, blank slates to be guided by the counselors in their mostly uneventful journey to the earth portal. 22 sees an opening in that and attempts to guide them herself into her way of thinking.”